As an original tea party organizer, I participated in our movement’s growth from an act of street protest into an organized, albeit decentralized political force. By 2010, we had managed to elect some of the most impressive liberty Republicans seen in generations.

But one of the best remains Mike Lee.

Sen. Lee is a brilliant constitutional conservative — who also happens to be one of the most down to earth people you’ll ever meet. As the Republican National Convention unfolds — or more accurately, erupts into chaos — Lee has been thrust into a position of influence both logistically and intellectually.

The mild-mannered Utahan, who has expressed concern about the presumptive Republican nominee Donald Trump, is Chairman of the RNC’s Rules Committee this year. And as he told Politico, “I have never in all my life, certainly in six years in the United States Senate, prior to that as a lifelong Republican, never seen anything like this.”

Lee was referencing pro-Trump forces running roughshod over delegates who wanted a chance to vote on rules they found unfair and silencing. A critic of Trump himself, Lee hoped Republican delegates — by the nature of their positions longtime Republican activists — would be allowed more say over the direction of their party.

As he told The Weekly Standard’s Stephen Hayes: “There’s a lot of support for reforms within the Republican Party, particularly changing the rules to make sure we remain a vibrant party, a party that welcomes grassroots participation and nurtures activists rather than shunning them.”

And Hayes accurately described Lee, writing, “In his short time in the U.S. Senate, Utah Republican Mike Lee has distinguished himself as a policy innovator and a constitutional conservative who actually knows the Constitution.”

The intellectual backbone Lee has provided the Republican Party in the six short years he’s been in office has been invaluable. As a liberty Republican activist who hoped we could harness conservative disapproval of Washington for libertarian populist ends, Lee’s work has stood out as a policy beacon.

Unfortunately, this project has been severely disrupted in the near-term by Trump’s more authoritarian form of populism. As the New York Times’ Ross Douthat observed:

Fitting that Mike Lee, one of few Rs to attempt constructive populism, would be last R politician standing against authoritarian populism.

This is of course, in reference to Lee’s last stand, flanked by other delegates highly skeptical of Trump; who represent a majority of Republican voters. As Rare’s Yasmeen Alamiri reported, Lee stood with the convention-goers demanding a rules vote, per traditional RNC protocol.

Instead, Lee and his allies were silenced; their mics literally turned off by party bosses.

It’s impossible to describe this as anything but a setback for constitutional conservatives who have been working to harness grassroots passion for limited government purposes. If you were to freeze 2016 in time, it would appear that our work has decisively failed.

But I do believe — and Mike Lee is one of the many wonderful conservatives at the center of this — despite this unfortunate detour, constitutional and liberty Republicans are laying the groundwork for a generational shift.

This speaks to the fact that political parties are empty vessels absent principles. Sure, the Republican Party can be shaped into a more liberty friendly entity. We’ve seen strong evidence of that as a possibility in the past decade. At the same time, we’ve seen how a party can easily be taken in a more authoritarian direction.

This is why the project of liberty conservatives in Congress remains crucial; a truth Mike Lee is keenly aware of. As he told The Weekly Standard, “I look forward to the day when it’ll no longer be news when Congress is actually taking steps to rein in executive overreach, to rein in the federal regulatory system and to do so with a mandate from the people who are made to understand number one Congress has cause this problem.”

Related: Video from the RNC floor shows what it’s like to be strong-armed by pro-Trump forces

This work is paramount whether Donald Trump or Hillary Clinton becomes our next Commander in Chief. A Congress that acquiesces to a president’s every whim has abdicated its basic function as a representative body.

If prospects for liberty look grim in the immediate future, we can take solace in the fact that Congress seems keen on asserting its supremacy in the face of both Trump and Clinton. Constitutionally speaking, that’s the best outcome conservatives can hope for.

Luckily, we have men like Mike Lee to lead us. 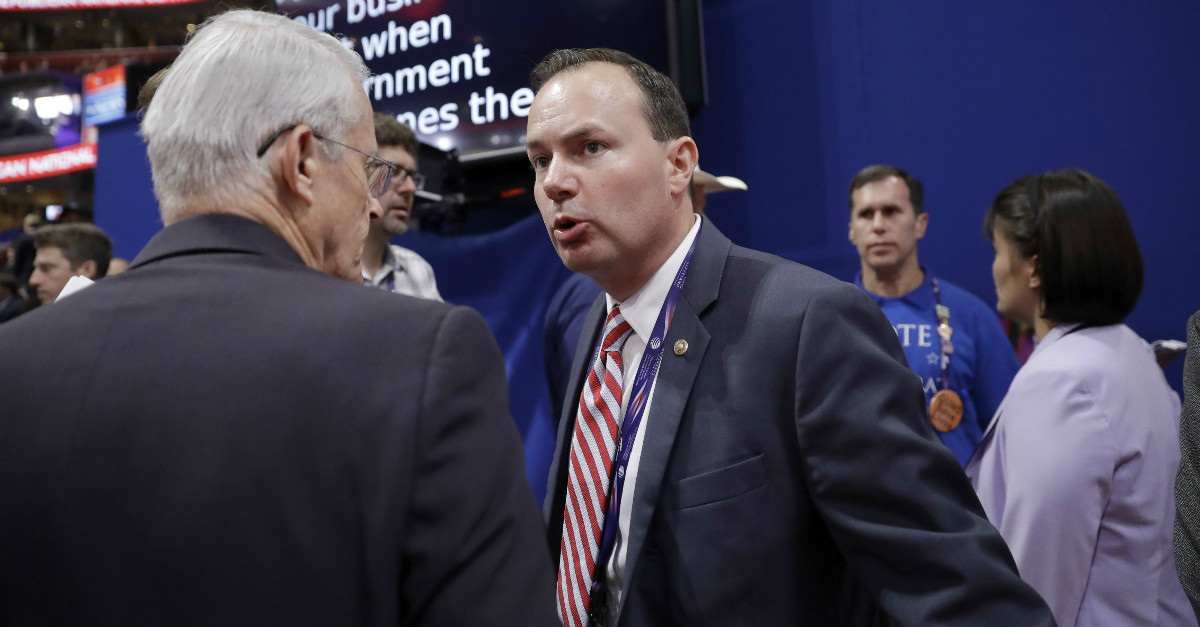