In April, Glenn Jacobs, known around the world as World Wrestling Entertainment star “Kane,” announced he would be running for the open mayor’s seat of Knox County, Tennessee.

Last week, pro wrestling mega-legend “The Nature Boy” Ric Flair came to Tennessee to show support for his friend and to host a fundraiser.

“We’ve been together a long time,” Flair told Rare, saying that he’s known Jacobs for 16 years. He then broke down why he thinks Jacobs would be a good mayor:

Because he’s one of the nicest people I’ve ever met, number one. Number two, he has incredible integrity. Number three, he’s incredibly honest. Number four, I’ve never known him to waiver from anything but being a family man, and a guy that represents our business at the highest level. You’re never going to hear anything about Glenn Jacobs that’s not a positive.

Jacobs has portrayed “The Demon” Kane in the WWE for two decades. Flair is considered to be the greatest pro wrestler of all time by not only millions of fans globally but fellow wrestlers alike. His four-decade in-ring career will be the focus of a much anticipated ESPN 30 For 30 special later this year.

Flair sees Jacobs’ time in the WWE as invaluable to his leadership potential.

“When you travel around the world, you realize sometimes just how lucky you are, and in his case, living in Knoxville, Tennessee,” Flair added.

The 2018 election for Knox County mayor will be for an open seat to replace Tim Burchett.

Flair, a lifelong Republican, said he was one of the few who predicted the election early on.

“I told people two years ago Trump would win, they all laughed at me,” said a grinning Flair. Jacobs chimed in, “He did!”

“There’s no way they were going with Hillary Clinton,” Flair insisted. “That’s nothing against Hillary Clinton, that’s not a personal comment. It’s just that the Democratic Party has just worn us down.”

Flair is not the only wrestling legend to show support for Jacobs, with longtime WWE announcer Jim Ross voicing support, as well as legendary wrestling manager Jim Cornette, both of whom were instrumental in Jacobs early wrestling career.

Jacobs also showed his appreciation for Flair coming to Knox County, “It’s awesome. It means a lot to me personally. Everybody knows Ric Flair, and for him to be willing to come her to help me… this has caused a tremendous buzz all around town.”

“I’ll be his friend forever. And I’ll be back… you’re going to have to see me a few more times,” Flair vowed.

Jacobs received the endorsement of Republican Senator Rand Paul in May. 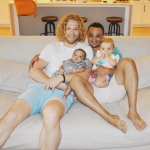