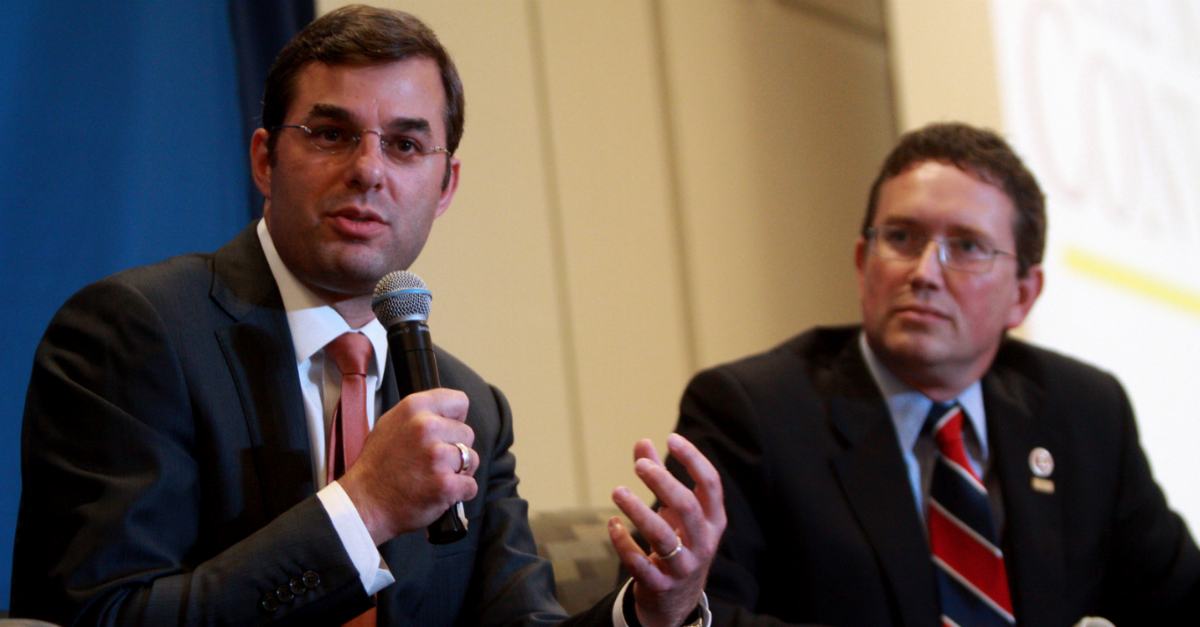 I lost my virginity before I turned 18. This is not unusual for millions of young Americans. It was the early 1990s, so I didn’t have a smartphone at the time, but if I had, there’s a good chance that at 15 or 16 or 17 years old I might have sent or received a sexually explicit photo. I could definitely see myself asking my then girlfriend for such photos – who was a year older than me but still a minor – and could also see many other teenage boys doing the same in any era.

But now, in the name of fighting child pornography – obviously a laudable goal – the U.S. House of Representatives has voted to mandate a 15-year mandatory minimum sentence for anyone who shares sexually explicit photos of minors, including minors.

Teens who text each other explicit images could be subject to 15 years in federal prison under a new bill that just passed the House of Representatives. Rep. Sheila Jackson Lee (D-Texas), ranking member of the House Judiciary Subcommittee on Crime, has called the measure “deadly and counterproductive.”

“While the bill is well intended, it is overbroad in scope and will punish the very people it indicates it is designed to protect: our children,” Lee said during a House floor debate over the bill. The bill would also raise “new constitutional concerns” and “exacerbate overwhelming concerns with the unfair and unjust mandatory minimum sentencing that contributes to the overcriminalization of juveniles and mass incarceration generally.”

Introduced by Rep. Mike Johnson (R-Louisiana) in March, the “Protecting Against Child Exploitation Act of 2017” passed the House by an overwhelming majority last week.

Nolan also noted, “Only two Republicans—Reps. Justin Amash of Michigan and Thomas Massie of Kentucky—voted against the bill, along with 53 Democrats.”

“The bill prohibits some conduct that the Constitution does not allow Congress to regulate, and Rep. Amash opposes the expansion of mandatory minimums and crimes that are already prosecuted at the state level,” an Amash spokesperson told Reason.

It’s not surprising that two of the most libertarian Republicans in the House, Amash and Massie, were the only Republicans against this. But you don’t have to be a libertarian to know this is a ridiculous law. Basically, in the name of protecting children from sexual abuse, the House of Representatives just voted to potentially subject minors to sexual abuse and worse.

As TechDirt’s Tim Cushing puts it, “Congress agrees (with who, I don’t know): to save our nation’s children from the scourge of sexting, we much incarcerate our nation’s children… the way to salvation sext-free kids runs through our nation’s prison pipelines, where they’ll be rehabilitated through the power of life-crippling criminal sentences and accelerated to adulthood via actual sexual assault at the hands of prisoners/guards.”

But this bill gets even worse. Opponent Rep. Bobby Scott (D-Va.) is worried that the legislation is so broad that it could essentially criminalize most sexual activity between minors. Scott said on the House floor:

RELATED: This high school senior’s ridiculous suspension over a shirt can teach us an important lesson about politics

Scott also added that the language targets “solicitation” and also that “the law explicitly states that the mandatory minimums will apply equally to an attempt or a conspiracy.”

It sounds to me like I would have been subject to a decade and a half in prison sentence for having sex with my high school girlfriend. We did “conspire.”

This is an indefensible bill on its face, and that only two Republicans voted against it is shameful. Yet, the overwhelming majority of Democrats supported it, too.

Think about it. Grown, adult men and women, who were elected to Congress, who presumably were once teenagers themselves, actually think locking up 16-year-olds until they’re 31 for sharing dirty photos of their girlfriend or boyfriend is sound policy.

I wonder how innocent each of those who voted “yes” were before they turned 18?