The latest allegations against Trump are absurd, but don’t blame BuzzFeed 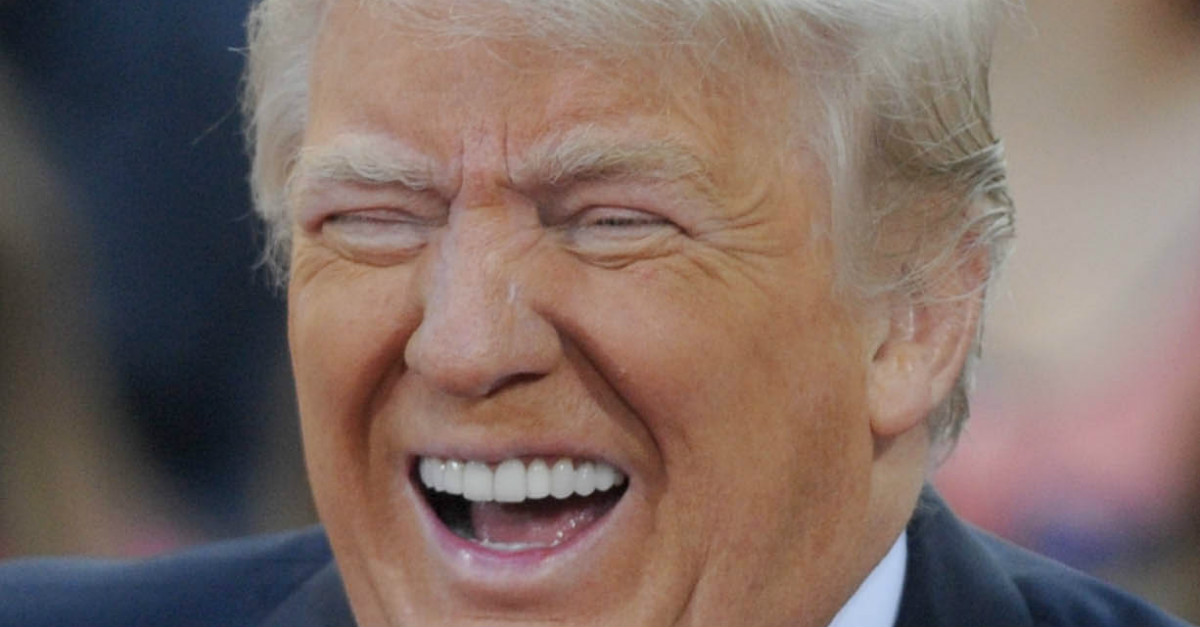 The CIA has a knack for gathering intelligence, but how are they at publishing fiction?

This past month has presented a quandary for journalists, as the intelligence community concluded that Russia hacked into Democratic National Committee emails and may have even favored Donald Trump to win the presidency. It’s the press’s duty to be skeptical of government power, but they’re also understandably loath to criticize daring and hard-working American agents.

Some in the intelligence community apparently thought they might resolve that dilemma by bestowing upon CNN a torrid leak of information on Tuesday. They claimed the unthinkable: Moscow has enough information on Trump to blackmail him. Subsequent BuzzFeed reporting turned up a dossier that made lurid allegations about Trump’s private life, for which the Russians supposedly have evidence.

Reporters reviewed the documents, scratched their heads, and in unison exclaimed the same five words.

“They’ve got to be kidding.”

The material was so lurid, so unbelievable, so amateurish, and so thoroughly unsourced that even the CIA’s most unthinking defenders suddenly found themselves voicing skepticism. BuzzFeed, which released the documents, went to bat first, noting in the first paragraph of its report that the allegations against Trump were “unverified,” in the second paragraph that they were “potentially unverifiable,” and in the fourth paragraph that the documents contained several rudimentary spelling and geographic errors.

The dossier they obtained is spangled with anonymous tips from the likes of “SOURCE D” and “SOURCE E.” Among the few named citations is Michael Cohen, Trump’s lawyer, who is accused of meeting with Russian agents in Prague last year. Except that Cohen vehemently denies having ever visited Prague, two sources have corroborated his whereabouts at the time the meeting supposedly took place, and the FBI has already cleared Cohen of traveling to the Czech Republic.

So now intelligence officials are telling CNN it was a different Michael Cohen who met with the Russians. What an incredible coincidence.

Also evoking peals of laughter is the most prurient claim in the story: that Trump, while staying at the Ritz-Carlton in Moscow, hired a retinue of prostitutes to urinate on the bed because Barack and Michelle Obama had once stayed in the same room. The report cryptically claims the Russian secret service had bugged the hotel, but the only remotely specific sourcing is a gossiping hotel staffer, a somewhat spurious foundation. Trump has many well-documented sexual improprieties; this is not among them.

The dossier was reportedly compiled by a British opposition researcher who worked for both Trump’s Democratic and Republican opponents. Oppo guys sometimes stumble upon good stuff, but they also unearth plenty of nonsense, like, for example, that Barack Obama wasn’t born in the United States.

The sin here isn’t that the intelligence community is taking the dossier (or, in CNN’s case, vaguer allegations of blackmail) seriously and following up?that’s their job?it’s that “multiple high ranking intelligence, administration, congressional and law enforcement officials” validated some of these claims to the media despite they’re being classified and unproven. Reading the CNN account, it’s difficult not to conclude that this was an orchestrated leak.

The revelations are actually nothing new. Some journalists reviewed the dossier as early as last summer but declined to report on them because their findings were so slipshod. And anyway the FBI has already discounted any troublesome link between Trump and Russia.

RELATED: Kellyanne Conway dumps on the Russian blackmail bombshell and refutes that Donald Trump was briefed on it

This led many (including Trump) to assail BuzzFeed and CNN for releasing the reports at all. I disagree. I think BuzzFeed did a public service by showing just how thin the intelligence community’s case against Trump really is. And even if the Russians had concluded that Trump really could be blackmailed, why would notoriously secretive intelligence officials confirm that off the record? To say this “stinks to high heaven,” as one Twitter user did, is to commit an affront against garbage dumps, sewage plants, paper mills, and malarial swamps.

The most likely reason these innuendoes were leaked is because the intelligence community regards Trump, who’s threatened to shake them up, as an enemy not just to their country but to their bureaucratic turf. The blackmailers here aren’t the Russians but the spooks, and their message is clear: You come after us, we’ll come after you.

The only verified golden shower here was on the credibility of anonymous intelligence officials.

This piece has been updated to reflect new information.