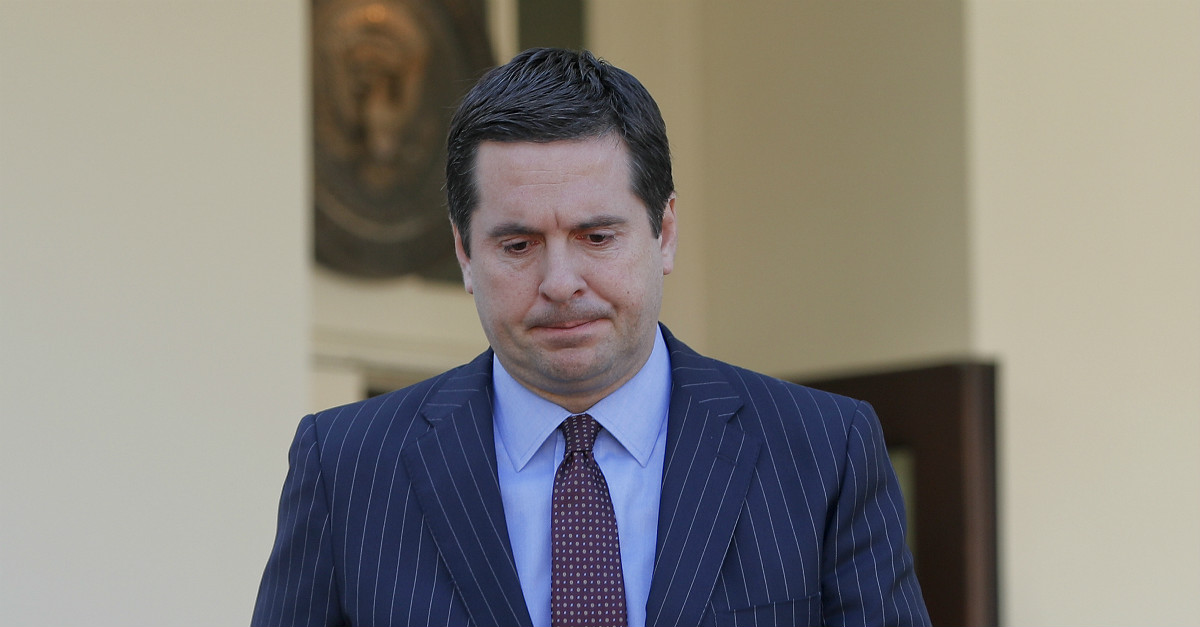 House Intelligence Chair Devin Nunes has taken flak from Democratic critics for entertaining the idea that Trump Tower communications could have been subjected to federal surveillance in the run-up to the 2016 election.

To be clear, Nunes is not conceding President Trump’s point that former president Obama somehow personally directed this spying for political gain. “The president doesn’t go and physically wiretap something,” Nunes told Fox News’s Chris Wallace this past Sunday. “So if you take [Trump] literally, it didn’t happen.”

Still, Nunes added in the Wallace interview, “I think the concern that we have is: Were there any other surveillance activities that were used?”

Now, there are good reasons to be skeptical of Nunes. Still, as David Harsanyi argues over at The Federalist, that doesn’t mean his comments about federal spooks are wrong:

Nunes says the surveillance, by both the FBI and NSA, looked to be legal “incidental collection” that had nothing to do with concerns over Russia collusion.

If true, this isn’t the “wiretapping” of Trump Towers, as Trump claimed in his infamous tweet a few weeks ago, but it is spying in any commonly understood sense of the word. The NSA routinely listens to calls and reads emails of Americans and collects other data “incidentally” from third parties, avoiding warrants. Section 702 of the Foreign Intelligence Surveillance, which has been found constitutional, states that government doesn’t need a warrant to collect information on Americans as long as the target of the collection is a foreigner. …

If it turns out intel wasn’t properly [purged of info about the Trump family not relevant to foreign surveillance], this is the kind of abuse that civil libertarians have long warned undermines Americans’ privacy, a Fourth Amendment right. Many Democrats (and a few Republicans) have been warning about exploitation of 702 for years. …

Intelligence agencies cannot share details about American citizens with no foreign intelligence value. If Nunes is right, how were these procedures not broken?

Harsanyi’s piece — which is worth reading in its entirety — makes a point adjacent to what I argued last week, namely that in the rush to laugh at more dumb stuff from the Trump team, it seems as though everyone has forgotten that mass surveillance is a real thing our government does all the time, and it’s perfectly plausible that a businessman with foreign contacts, like Trump, could have had his communications swept up in warrantless federal spying.

In fact, my main quibble with Nunes’ comments is over his insistence that this surveillance was “legal.”

RELATED: Wikileaks is a wakeup call: It’s time for real oversight over our intelligence agencies

The federal government has a long history of abusing and exploiting its surveillance authority (just ask the Civil Rights Movement) — and that’s before we even get to the question of whether any warrantless, mass-scale spying is permissible under the Fourth Amendment to the Constitution. (As a civil libertarian, I believe it is not, and that the warrantless surveillance to which Trump may or may not have been subjected was unconstitutional even if it did comply with FISA rules.)

There is one upside to this surveillance kerfuffle: maybe it will motivate the Republican Party to take real action to protect our civil liberties. President Trump has an awful record on privacy and surveillance, but maybe this experience will help change his mind.