Sen. Rand Paul (R-Ky.) is slamming House Intel members who this week pushed Section 702 of the Fisa Amendments Act through for long-term reauthorization without reform.

Paul cited a Politico article that addressed the concerns of House members who believe FISA might have been abused under the Obama administration during the 2016 presidential election to undermine the Trump campaign, despite some of these same members arguing a week earlier that civil libertarians’ concerns about potential abuse regarding surveillance were unwarranted.

These members are now urging that the classified document they have read be made public that would reveal the alleged abuse.

Section 702 of the FISA Amendments Act currently allows the US intelligence community to intercept foreign persons “reasonably believed to be located outside the United States” in order to “acquire foreign intelligence information.”

“We have concerns — FISA concerns — that all members of the body should know,” said Rep. Mike Conaway (R-Texas), a member of House Intel committee, on Friday as reported by Politico.

But on January 11, opposing Rep. Justin Amash’s (R-Mich.) FISA reform amendment, Conaway said before the vote, “There are FISA issues swirling around that have absolutely nothing to do with 702. Those (issues) are being used by opponents, those who want it to go dark, in a perfectly legitimate debate technique to try to muddy the waters.”

Rep. Ron DeSantis (R-Fla.) called the classified report on alleged surveillance abuse “deeply troubling” on Friday, and like Conaway he also voted against FISA reform on week prior.

House Speaker Paul Ryan (R-Wisc.), who also opposed Amash’s FISA reform amendment, assured fellow members on the House floor that the program was not about domestic spying on citizens.

“This is Title 7, Section 702,” Ryan said January 11. “This is about foreign terrorists on foreign soil. That’s what this is about.”

In a letter to President Trump in April of 2017, Paul asked the president to investigate a claim from an anonymous source alleging that his name was “unmasked” in an Obama administration intelligence report.

“I ask that your administration promptly investigate whether my name or the names of other Members of Congress, or individuals from our staffs or campaigns, were included in queries or searches of databases of the intelligence community, or if their identities were unmasked in any intelligence reports or products,” Paul wrote.

Paul’s letter came only a week after reports surfaced that Susan Rice, for President Obama’s National Security Adviser, attempted to learn the identities of Trump transition team officials whose communications with foreign officials were collected during a “routine intelligence-gathering operations.” 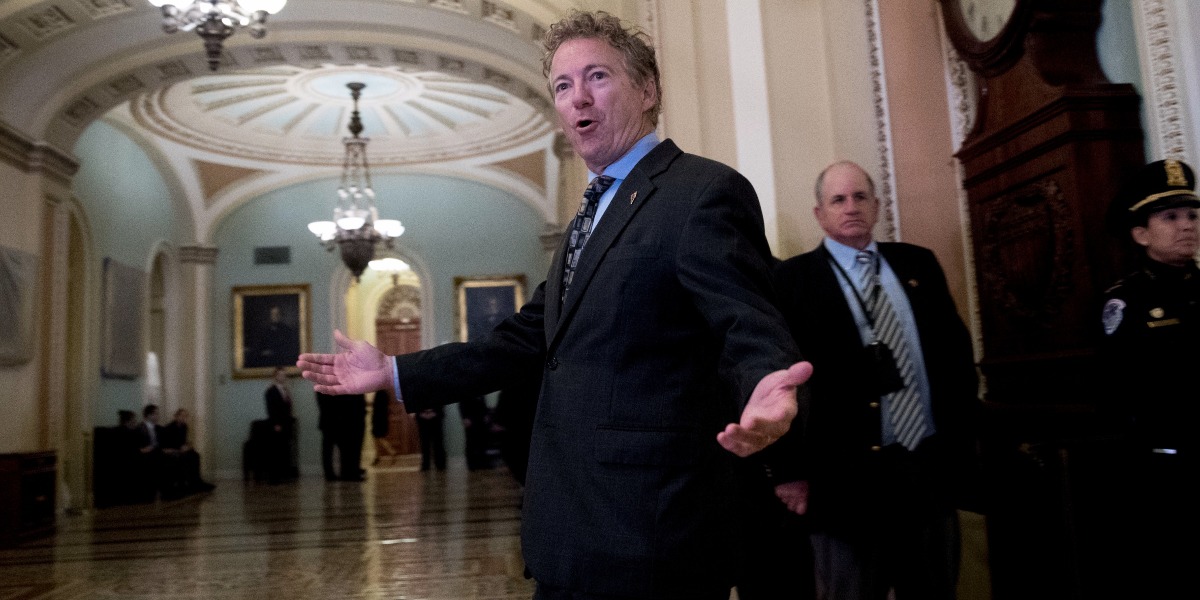