When President Trump took to Twitter a few weekends ago to announce his conviction that former President Obama wiretapped him in an effort to fix the 2016 election, he did not get the favorable response he no doubt hoped his bombastic charge would receive. Instead — and especially since his adviser, Kellyanne Conway, suggesting spying microwaves could be in play — the entire wiretapping theory has been the butt of joke after joke.

The trouble is, the particulars of this charge against Obama aside, Trump and Conway are not saying anything outlandish. Seriously, in the rush to laugh at Trump, it seems like everyone forgot that mass surveillance is real and the internet of things is its next big frontier.

I made this case in a new column today over at The Week (emphasis added):

Remember that story about Samsung’s smart TVs back in 2015? The company outright warned its customers against having private conversations in front of this product. “Please be aware that if your spoken words include personal or other sensitive information, that information will be among the data captured and transmitted to a third party,” Samsung said. The information wasn’t sold to other businesses or shipped straight over to NSA headquarters, of course, but the fact is that smart devices transmitting data poses a security risk — enough of a risk that Samsung gave this word of caution.

Or what about that talking Barbie doll? Equipped with a mic, artificial intelligence à la the iPhone’s Siri assistant, and a Wi-Fi connection, Hello Barbie listened to what little kids said and answered back. Researchers soon found they could “get into the toy’s system to access users’ system information, Wi-Fi network names, internal MAC addresses, account IDs, and MP3 files.” This data could be harnessed to “find someone’s house and personal information, and could access their home network and listen to everything Barbie records.”

And it isn’t just televisions and dolls. The former director of national intelligence, James Clapper, said in Senate testimony last year that the federal government is aware of the surveillance potential in the internet of things and has every intention of using those capabilities. “In the future, intelligence services might use the [internet of things] for identification, surveillance, monitoring, location tracking, and targeting for recruitment, or to gain access to networks or user credentials,” he said.

The Clapper quote really clinches it for me, because this a man who was one of America’s top spies saying the U.S. intelligence community plans to do precisely what Conway described. While critics are right that microwaves specifically may not be the best example (they’re unlikely to be made into smart devices, because their use cycle is so brief that long-distance app control has little value), her fears are totally plausible about other basic appliances, like refrigerators.

The way Trump and Conway made their allegations may be laughable, but the substance of their concern is quite serious — and putting aside the larger Trump vs. journalism fight, the media’s mocking response here has not been fair.

Did mass amnesia strike? Does no one remember Edward Snowden? Did we all forget mass surveillance still happens, and post-Snowden reforms really didn’t reform all that much?

That Samsung TV thing was big news, and it wasn’t that long ago. The fact that the Trump team is the source of these privacy concerns should not excuse ignorance (willing or otherwise) of this recent history.

Now look, no one can accuse me of being a reflexive Trump supporter. My most recent column here at Rare is literally titled, “The time to withhold judgment on the Trump presidency has pretty much passed,” and — spoiler — the judgment I offer isn’t favorable.

But you know that famous quote, usually attributed to Voltaire, about free speech? “I disapprove of what you say, but I will defend to the death your right to say it.”

This is sort of like that: I probably disapprove of whatever the president was doing at the time he believes he was under surveillance, but I still defend his right to do it in privacy, unmolested by government snoops sticking their noses where basic decency and the Constitution alike say they have no right to be.

Read the rest of my Week column here. 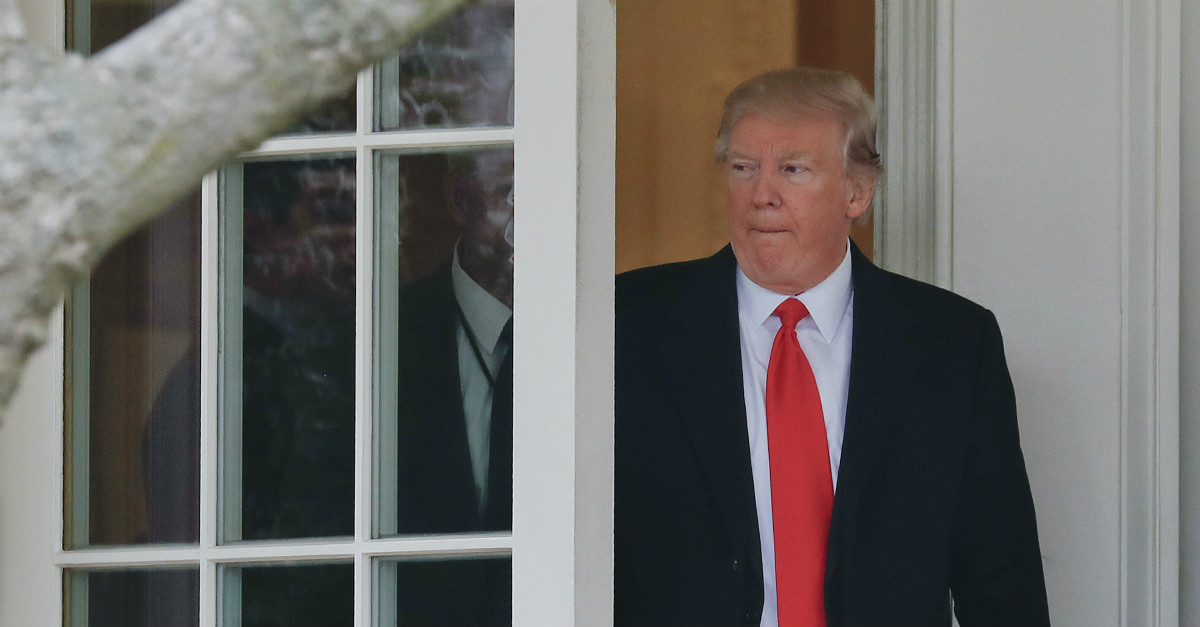