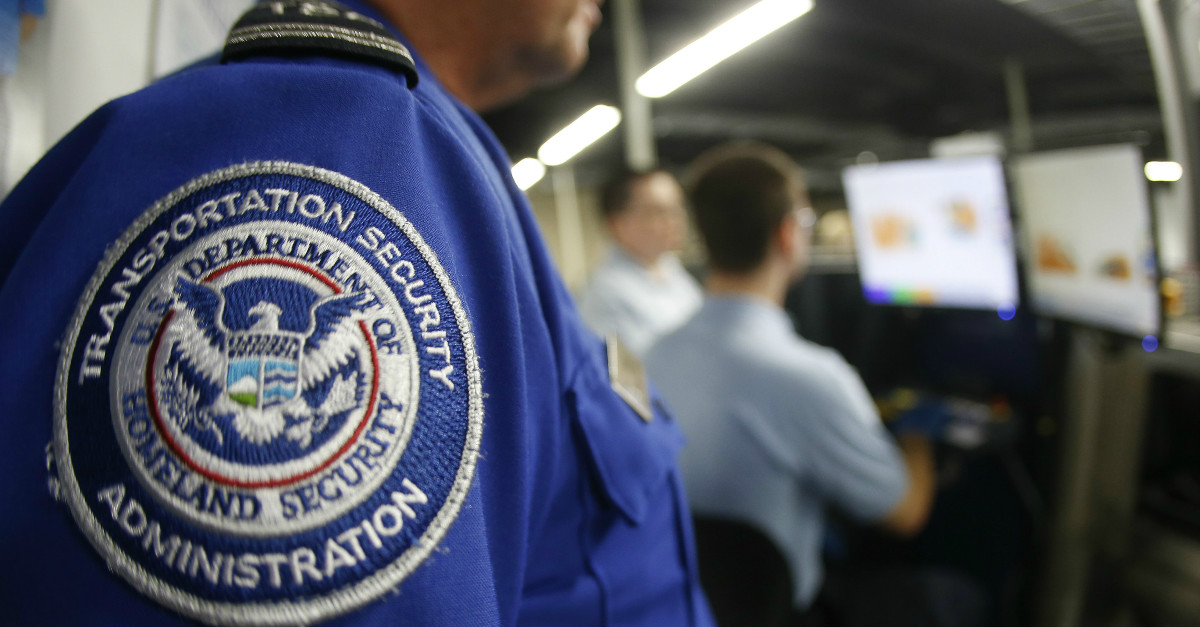 A TSA agent at Orlando International Airport was recently caught stealing money during the screening process, apparently taking advantage of the passenger’s distraction to help himself to a wad of her cash. The passenger promptly noticed the money bulging through his shirt pocket, and when security camera footage backed up her accusations, the agent was fired and arrested.

This type of incident always punches above its weight in press coverage because the TSA is involved, but it’s actually pretty simple. No one endorses what happened here. The passenger, other agents, and TSA higher-ups all agree this theft is unacceptable. It was the rogue action of a single individual — crime, not policy.

And it’s TSA policy writ large, not the criminal behavior of lone agents, that really ought to ruffle our feathers. The agency has long been an expensive, ineffective and unconstitutional invasion of our privacy rights. To recount the TSA’s history is to recount a litany of the absurd — who could forget the $1.4 million contract that produced an iPad app to randomly point an arrow right or left? — plus irresponsible use of tax dollars, gross incompetence and behavior that, for anyone not wearing a TSA uniform, we’d label sexual assault.

The agency’s latest innovation is not an improvement. The TSA is testing a new policy under which passengers will be asked to separate their reading materials from the rest of their carry-on luggage so agents can “fan” through the pages, ostensibly to see if anything dangerous is hidden inside.

RELATED: The TSA says it’s allowed to investigate inside your underwear and you should just accept it

Right now the book searches are happening at just a few airports, but Department of Homeland Security Secretary John Kelly said in a recent television interview he expects to expand them nationwide. (He also may ban all carry-on laptops for flights entering and exiting the United States, an enormous hassle for business travelers or anyone who just wants to watch some Netflix on a reasonably sized screen.)

The problems with this book screening policy are glaring and serious. First, though the TSA insists agents will not pay attention to the contents of your reading material, there’s obviously no way to verify or enforce that neutrality. There’s already good reason to think the TSA doesn’t pick passengers for extra screening quite as randomly as it claims. It would be easy for agents to unfairly scrutinize people reading controversial political or religious content — or just an author the agent happens to dislike.

The policy also raises a new privacy concern (on top of the invasions of bodily privacy in which the TSA specializes). The United States has “a long history of special legal protection for the privacy of one’s reading habits,” notes privacy expert Jay Stanley in an analysis of the TSA’s plan for the ACLU. That history includes “numerous Supreme Court and other court decisions, [plus] state laws that criminalize the violation of public library reading privacy or require a warrant to obtain book sales, rental or lending records.”

Those safeguards of free thought shouldn’t disappear at the airport. We shouldn’t have to expose our reading habits and intellectual interests to government agents to be allowed to travel.

“A person who is reading a book entitled ‘Overcoming Sexual Abuse’ or ‘Overcoming Sexual Dysfunction’ is not likely to want to plop that volume down on the conveyor belt for all to see,” Stanley notes. Or what if you’re learning Arabic or studying advanced mathematics? Both of those perfectly innocent activities have attracted unfair airport security scrutiny — and that’s before this book screening policy goes nationwide.

RELATED: Even Homeland Security says the TSA is “abusing its stewardship” and “cannot be trusted”

Scholars (or anyone who likes to explore new ideas) are especially at risk of running afoul of the TSA under this new program. “Academics are unsurprisingly big readers, and since we don’t simply read for pleasure, we often read materials with which we disagree or which may be seen by others as offensive,” says Henry Reichman, chair of the American Association of University Professors’ Committee on Academic Freedom and Tenure.

“For instance, a scholar studying terrorism and its roots may well be reading — and potentially carrying on a plane — books that others might see as endorsing terrorism,” he adds. That shouldn’t result in an extra checkpoint grope.

It’s bad enough we have to remove our shoes and belts and jewelry and coats and computers and food and toiletries for review by an agency that mostly plays at security theater. But please, just let us read in peace.