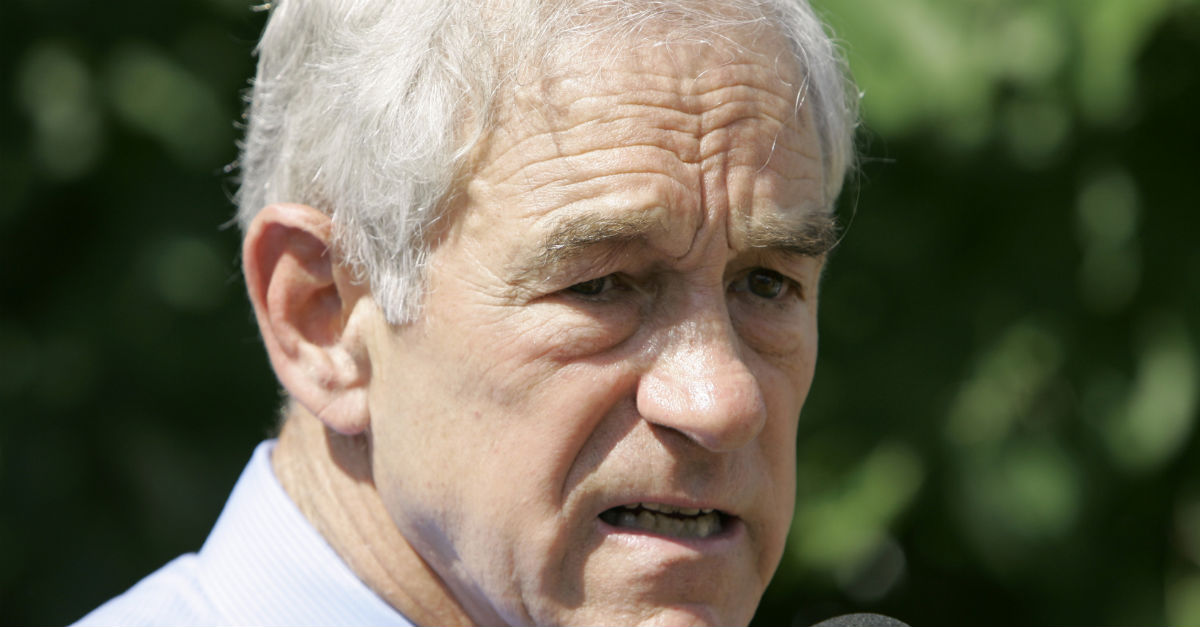 Today, while reading various remembrances and memorial reflections on the 14th anniversary of September 11, I happened to stumble upon the thoughtful and still thought-provoking statement then-congressman Ron Paul released one day after the attacks occurred. It was the first time I’d seen these remarks, so I’d thought I’d share them:

Yesterday, Americans were awakened to find ourselves in a war, attacked by barbarians who targeted innocent civilians. This despicable act reveals how deep-seated is the hatred that has driven this war.

Though many Americans have just become aware of how deeply we are involved in this war, it has been going on for decades. We are obviously seen by the terrorists as an enemy.

In war there is no more reprehensible act than for combatants to slaughter innocent civilian bystanders. This is what happened yesterday.

If there is such a thing, a moral war is one that is only pursued in self-defense. Those who initiate aggression against others for the purpose of occupation or merely to invoke death and destruction are unforgivable and serve only to spread wanton killing.

In our grief, we must remember our responsibilities. The Congress’ foremost obligation in a constitutional republic is to preserve freedom and provide for national security. Yesterday our efforts to protect our homeland came up short. Our policies that led to that shortcoming must be reevaluated and changed if found to be deficient.

When we retaliate for this horror we have suffered, we must be certain that only the guilty be punished. More killing of innocent civilians will only serve to flame the fires of war and further jeopardize our security. Congress should consider its constitutional authority to grant letters of marque and reprisal to meet our responsibility.

Demanding domestic security in times of war invites carelessness in preserving civil liberties and the right of privacy. Frequently the people are only too anxious for their freedoms to be sacrificed on the altar of authoritarianism thought to be necessary to remain safe and secure. Nothing would please the terrorists more than if we willingly give up some of our cherished liberties while defending ourselves from their threat.

It is our job to wisely choose our policies and work hard to understand the root causes of the war in which we find ourselves.

We must all pray for peace and ask for God’s guidance for our President, our congressional leaders, and all America?and for the wisdom and determination required to resolve this devastating crisis.

The saddest thing about reading this statement today is realizing how little of Paul’s advice was followed and how many of his warnings came true. Congress did not remember its obligation to preserve freedom. We did not ensure that only the guilty were punished in retaliation, and since then the deaths of innocent civilians by American firepower have radicalized even more enemies. The last decade and a half have been defined by nothing if not “carelessness in preserving civil liberties and the right of privacy,” as anyone who uses the internet or goes to the airport knows all too well. And callous politicians continue to use the tragedy of 9/11 to justify the sacrifice of freedom “on the altar of authoritarianism…to remain safe and secure.”

As Paul concludes, 14 years later we must still pray for peace.