Two men have been arrested in Cuba for preaching capitalism, reminding us Castro’s tyranny is alive and well 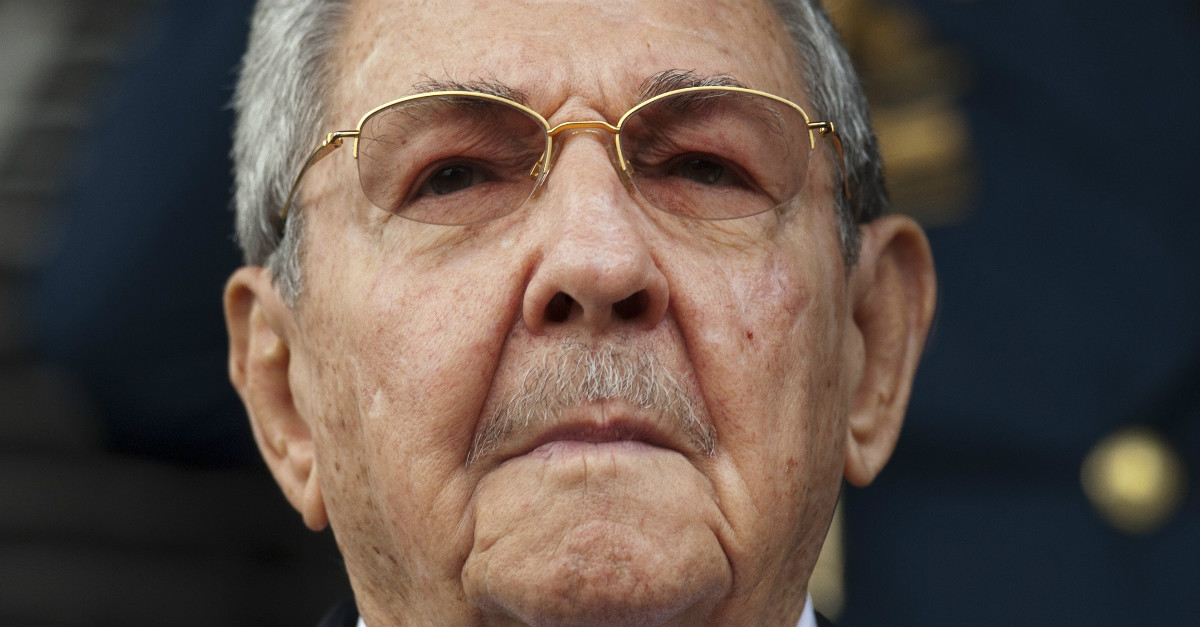 AP Photo/Ariana Cubillos
Cuba's President Raul Castro listens to the playing of national hymns during his welcome ceremony at Miraflores presidential palace before the start of an emergency ALBA meeting in Caracas, Venezuela, Tuesday, March 17, 2015. Leftist allies of Venezuela on Tuesday rallied behind embattled President Nicolas Maduro in his faceoff with the U.S. government, which he is accusing of trying to oust his socialist administration. (AP Photo/Ariana Cubillos)

The death of Fidel Castro last year, combined with a general thawing of tensions with the U.S., has given many Americans hope that Cuba is prepared to turn the page on its long history of human rights violations. Unfortunately, recent actions are a stark reminder of what the Cuban people still face. Fidel may be dead, but in Raul Castro?s Cuba, you can still go to jail just for lending out books on capitalism.

On Feb. 2, Ubaldo Herrera Hernandez, a member of Mises Institute Cuba, and Manuel Velazquez Visea, a human rights activist, were arrested by an undercover officer outside the Benjamin Franklin Library. The library, a project on which Hernandez and Visea had both worked, opened last December. It is dedicated to spreading the ideas of individual liberty and economic freedom that have long been suppressed on the island.

The undercover officer approached Hernandez and Visea and, without identifying himself, demanded to see ID and know what the two men were carrying. When both men refused to comply, the officer arrested both men for ?assault,? a charge the Cuban government has long used as an excuse to jail political opponents. Cuban police also threatened to arrest any other members of the library that attempted to interfere with the arrest.

According to Nelson Rodríguez Chartrand, an attorney with Mises Cuba, the two men have since been transferred to Melena II, a maximum security prison in Melena del Sur known for appalling conditions. The prison has long been the unfortunate destination for human rights activists and independent journalists who questioned Cuba?s communist government. Reports from the detained men?s family also indicate that their legal counsel has been threatened, and they have been subjected to beatings by police. Both men face the additional charge of ?spreading enemy propaganda.?

While by all accounts the charges of assault are spurious, it understandable why the Cuban government would want to punish anyone with the courage to spread the ideas of economist Ludwig von Mises and the other scholars found in the Franklin Library. There is no greater threat to authoritarian regimes than the message of individual rights and economic freedom.

This is why Mises himself was forced to flee the Nazi regime when they invaded his homeland of Austria ? and later Europe altogether. This is why Soviet intellectuals considered Mises to be the greatest enemy of Marxism. And, sadly, this is why most of academia shunned him at the height of FDR?s influence when he came to America.

It is important to note that in spite of the disgusting actions of Cuba?s government, they certainly do not justify the reinstatement of sanctions removed by the Obama Administration. Such forms of economic warfare always end up doing far more damage to the people oppressed by authoritarian regimes than those in power. The Castro brothers certainly never faced the starvation endured by those they ruled.

RELATED: Donald Trump?s idea to pay for his border wall would stick Americans with the bill

Still, the fact men like Hernandez and Visea can be arrested for the simple crime of educating Cubans on an alternative to communism highlights how repulsively naïve useful idiots like Canada?s Justin Trudeau are for continuing to romanticize the brutal realities the Castro regime.

As Ron Paul, himself a proud Misesian who decided to run for Congress after seeing the Austrian economist speak in the 1970s, liked to say, ?Truth is treason in the empire of lies.?

Today, Mr. Hernandez and Mr. Visea are paying for their crime of daring to speak the truth.

Tho Bishop is the Social Media Director for the Mises Institute. Follow him on Twitter at @ThoBishop