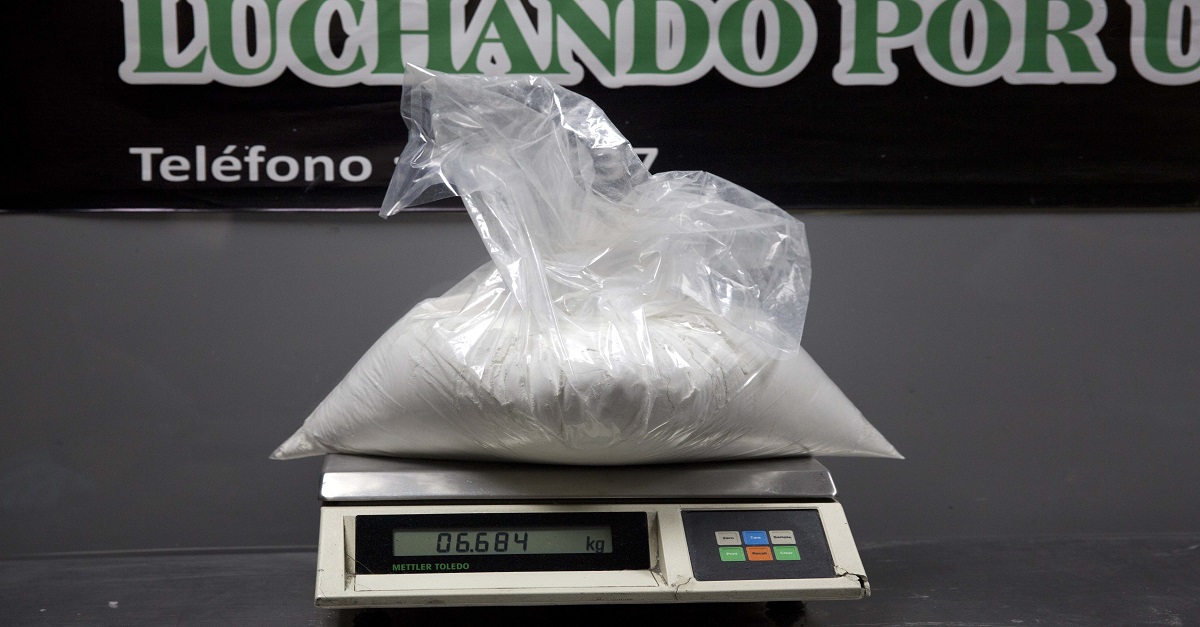 AP Photo/Martin Mejia
In this Jan. 26, 2014 photo, a bag of cocaine that was found in the baggage of Liz Rabines, from Spain, sits on a scale at the anti-narcotics police station inside the Jorge Chavez International Airport in Lima, Peru. In Peru, drug mule sentences range that minimum to 15 years. But inmates must stay in the country, even if paroled, until their full sentence ends and theyve paid their fines. (AP Photo/Martin Mejia)

Earlier this year, my husband and I partially finished our basement, and since we didn’t hire a contractor for the job, we basically lived this project for several months. I learned a lot of things in the process, but one of my biggest takeaways is that drywall dust can and will get everywhere in your life and stay there forever and always.

Seriously, for well over a month after the drywall sanding was complete, every single day I could wipe down our dining room table — on a different level and past a closed door from where the drywall work actually happened — and find a new layer of that damn dust.

If you work as a handyman, I can only assume drywall dust becomes a permanent part of your very being. And a Florida man named Karlos Cashe is, in fact, a handyman.

That’s relevant because Cashe just spent 90 days in jail when police decided the white powder they saw in his car during a routine traffic stop was cocaine. (Take a moment to think about the insane reasoning here, which is that Cashe had such great quantities of a very expensive drug that he decided to casually sprinkle it around on the seats and floorboards of his car. Sure, ok.)

“I know for a fact it’s drywall because I’m a handyman,” Cashe said he told the officers “continuously” throughout his arrest. They didn’t listen.

Of course, bizarre police assumptions are not the only reason Cashe was arrested. A roadside drug test confirmed the cops’ suspicion when the drywall dust tested positive for cocaine. He was then held for three months because that’s the time it took to get a correct lab test back.

The inaccuracy of these roadside tests is notorious. Previous tests have identified as drugs items including: donut glaze, acne medication, household cleaners, soap, tea, Aspirin, deodorant, chalk, chocolate, breath mints and more. An investigation by the New York Times found their results can be skewed by any number of factors, including user error, cold weather, hot weather (as can often happen in Florida), or even bad lighting during the traffic stop.

Cashe has now been released, and he’s hoping his story will change the way police handle similar cases. Not disrupting or even ruining people’s lives over inaccurate roadside tests would be a good place to start. Ending the whole failed war on drugs would be even better.