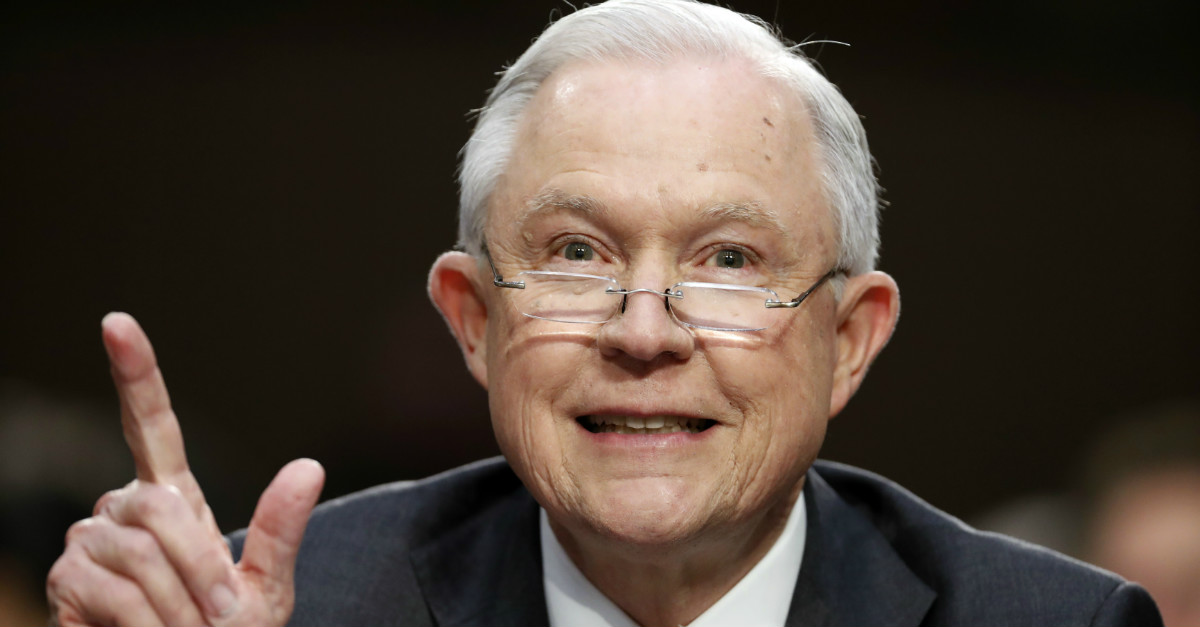 AP Photo/Alex Brandon
Attorney General Jeff Sessions speaks on Capitol Hill in Washington, Tuesday, June 13, 2017, as he testifies before the Senate Intelligence Committee hearing about his role in the firing of James Comey, his Russian contacts during the campaign and his decision to recuse from an investigation into possible ties between Moscow and associates of President Donald Trump. (AP Photo/Alex Brandon)

Complaining about how Congress has abdicated its constitutional authority in foreign policy is a major staple of my political writing career, but this habit of fecklessness extends well beyond matters of war and peace.

Right now, for example, Congress is considering a bill (the Stop the Importation and Trafficking of Synthetic Analogues [SITSA] Act of 2017) that would give dangerous new power to the attorney general, currently drug warrior extraordinaire Jeff Sessions.

The bipartisan legislation, sponsored by powerful committee chairs in both chambers of Congress, would allow the attorney general to unilaterally outlaw certain unregulated chemical compounds on a temporary basis. It would create a special legal category for these drugs, the first time in nearly 50 years that the Controlled Substances Act has been expanded in this way. And it would set penalties, potentially including mandatory minimum sentences, for the manufacture and distribution of these drugs.

Current policy on this subject isn’t great, but SITSA is still a big step in the wrong direction:

Under current policy, an attorney general may temporarily schedule a substance for up to two years and only after demonstrating the drug’s “history and current pattern of abuse; the scope, duration and significance of abuse; and what, if any, risk there is to the public health.”

The new bill extends the temporary scheduling duration to five years for Schedule A substances and eliminates the requirement for analyzing the drug’s abuse record and its potential risk to public health.

The federal drug war is bad enough already. It is inhumane, expensive, and a violation of basic individual liberty. Mandatory minimum sentencing is a particularly egregious part of this, subjecting people convicted of low-level, nonviolent crimes to wildly unnecessary and unjust prison sentences — and subjecting taxpayers to the enormous bill.

But one way to make this bad situation worse is to give an un-elected official authority to expand the drug war and mandatory minimums at his own discretion.

The United States is (theoretically) supposed to have “a government of laws, not of men.” This is literally government by a single, unaccountable man.

In the short term, it’s especially egregious because Sessions would be the immediate recipient of this new authority should the bill pass, and he has proved himself irrationally and dishonestly committed to escalating the drug war.

But the problem is much bigger than Sessions himself. He shouldn’t have this unilateral authority, but neither should anyone else.