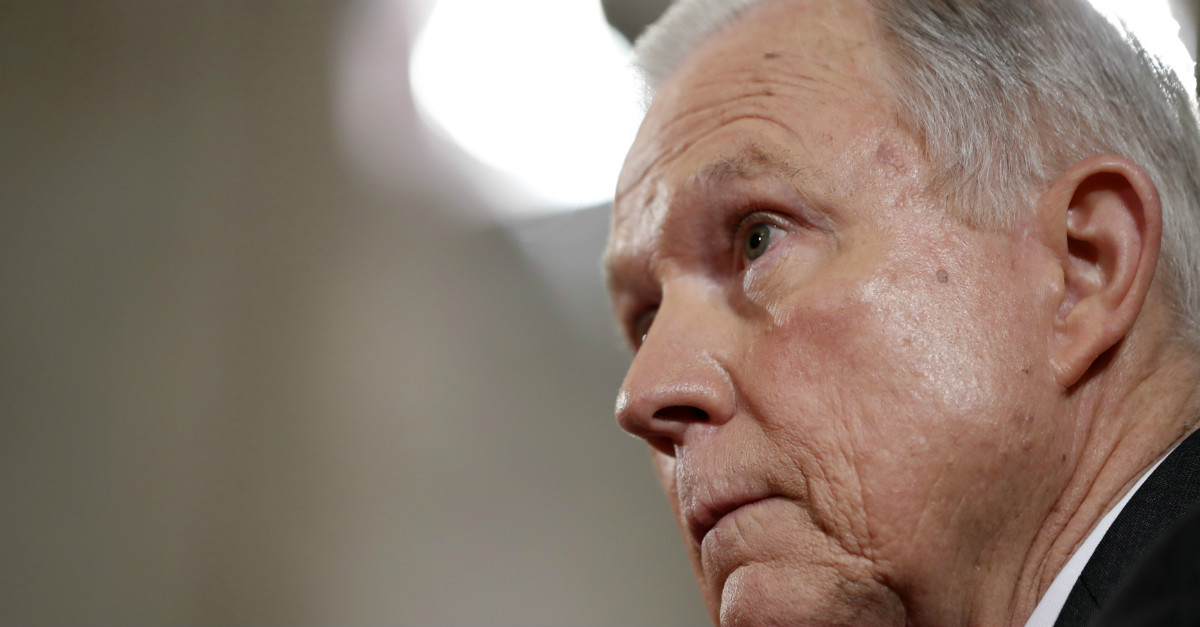 His goal was to convince them to get rid of the 2014 law that bans the Justice Department from spending any money to stop states “implementing their own state laws that authorize the use, distribution, possession, or cultivation of medical marijuana.” Though medical marijuana remains technically illegal at the federal level, in practice this policy gives states authority to make the decision for themselves.

The Obama DOJ challenged the rule, but they lost in court last year. Ever an unrepentant drug warrior, Sessions has apparently decided to pick up where the Obama team left off, and thus this letter to Congress.

That would be frustrating enough on its own — if not exactly surprising given Sessions’ terrible record on drugs and criminal justice issues more broadly — but what makes this letter especially galling is how blatantly deceptive it is. Sessions is misleading Congress to advance his inhumane war on medical marijuana. Here’s what he wrote:

I believe it would be unwise for Congress to restrict the discretion of the Department to fund particular prosecutions, particularly in the midst of an historic drug epidemic and potentially long-term uptick in violent crime. The Department must be in a position to use all laws available to combat the transnational drug organizations and dangerous drug traffickers who threaten American lives.

Let’s break this down.

Second, there’s good evidence that legalizing medical marijuana is one of our best tools to stop the very “historic drug epidemic” Sessions cites. States in which medical marijuana is legal see markedly lower rates of opioid abuse and overdose. Reviving federal prosecution of medical marijuana providers is precisely the wrong thing to do to fight the opioid epidemic.

These are legitimate businesses. They have storefronts and logos and tax bills. In most states they are tightly regulated. They are certainly not buying their product from “transnational drug organizations and dangerous drug traffickers who threaten American lives.”

They are not doing anything violent or illegal because legalization means there’s absolutely no need. Prohibition, not legalization, is what leads to violent crime.

I don’t and can’t know whether Jeff Sessions’ enthusiasm for the war on drugs is a sincere, if misguided, attempt to help people — or if it stems from some baser impulse, like controlling the personal lives of people he ought to leave well enough alone.

But even assuming the best intentions, what Sessions is doing with this letter is wrong. It is disingenuous, underhanded, and incredibly counterproductive. Congress should ignore him.