Jeff Sessions supports states’ rights, except when it comes to marijuana 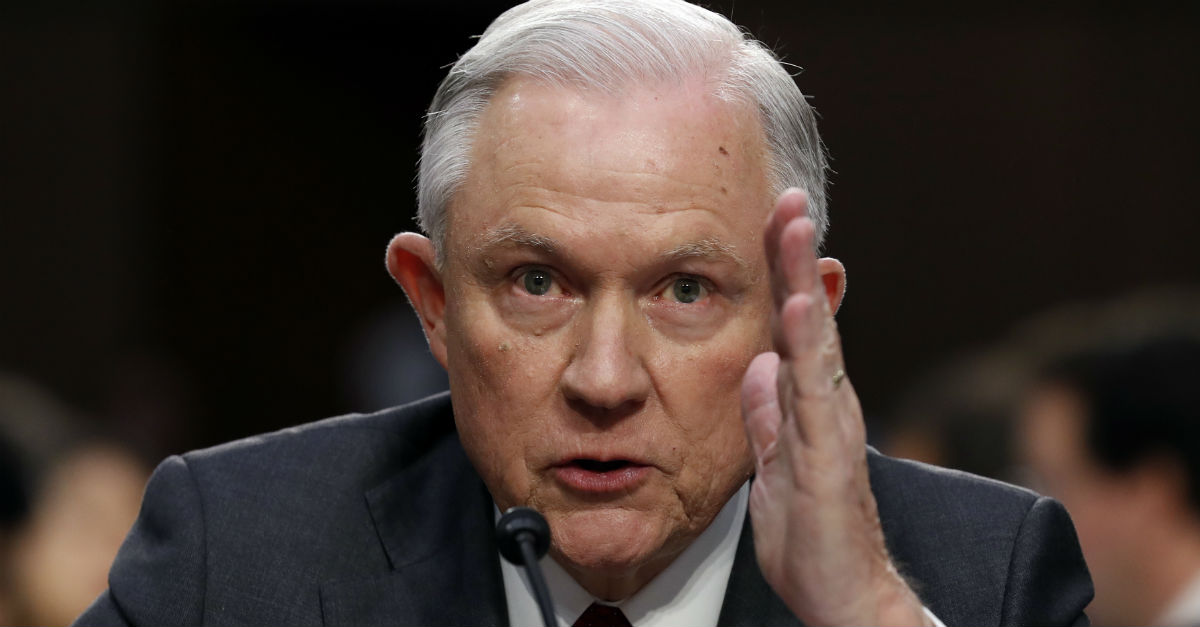 Jeff Sessions has often portrayed himself as a champion of states’ rights – except when it comes to marijuana.

Not only is the Attorney General trying to maintain and strengthen the overreaching federal prohibition on cannabis, but he?s even on a crusade to undermine states? rights by enforcing federal policy in states that have legalized medical marijuana. He made headlines recently as a 12-year old epileptic and medical-marijuana patient, Alexis Bortell, sued Sessions and the Drug Enforcement Administration. The lawsuit may be successful considering that the government?s first request to dismiss the case was denied.

As Sessions continues his big government crusade against pot, he not only violates states? rights, but also the individual rights of people and patients like Alexis. As an epileptic who suffers from grand-mal seizures, I completely understand Alexis? battle. A few months ago, I shared my story about coming out of the ?weed-closet.? Unfortunately, there?s plenty more stories like Alexis? and mine. Many patients have conditions that require medical marijuana treatment, but their medicine is now threatened under the current AG.

The District of Columbia and 29 states have some type of medical marijuana program. Over 195 million Americans are prescribed medical marijuana to treat conditions such as cancer, epilepsy, PTSD, Multiple Sclerosis, and many others. While our country battles an opioid epidemic, many patients are becoming more receptive to a medication that has minimal lasting side effects and a mortality rate of zero.

Sessions? anti-marijuana campaign is not only inhumane and outdated, it’s completely antithetical to his former shtick as a states? rights watchdog under the Obama Administration. For example, Sessions co-sponsored the State Marriage Defense Act of 2014, which would allow the ?state definition of marriage to supersede the federal definition.? Then-Senator Sessions also considered the Voting Rights Act ?intrusive? because it only focused on a limited amount of states.

Is it not somewhat ironic that a former senator who opposed overbearing federal policy at every corner is now an attorney general who pushes heavy-handed federal policies on states whose citizenry oppose said practices?

To be clear, this issue here is not about whether you agree or disagree with Sessions on marriage or voting rights. It’s about the consistent application of the 10th Amendment and the principles of limited government. Sessions? senatorial record shows he was often protecting states from federal laws or mandates. His record as AG says otherwise.

Admittedly, Sessions is also a defender of the rule of law. But according to the law?specifically in the Rohrabacher-Farr Amendment of the 2016 Consolidation of Appropriations Act?the federal government cannot prevent states from ?implementing their own laws that authorize the use, distribution, possession, or cultivation of medical marijuana.?

It seems as if the power of the Justice Department is potent enough to even dilute the staunch limited government positions held by Sessions. This is evident in his push to crack down on medical marijuana and to expand the federal government’s reign on civil asset forfeiture. Fortunately, it seems that the Senate is not going to allow Sessions? to have his way all that easily.

If Sessions is serious about limiting the power of the federal government and protecting states? rights, then his first step is to identify those who support big government?by looking in the mirror.

Garett Roush serves on the North American Executive Board with Students for Liberty and is the Michigan State Chair with Young Americans for Liberty. Follow him @GarettRoush