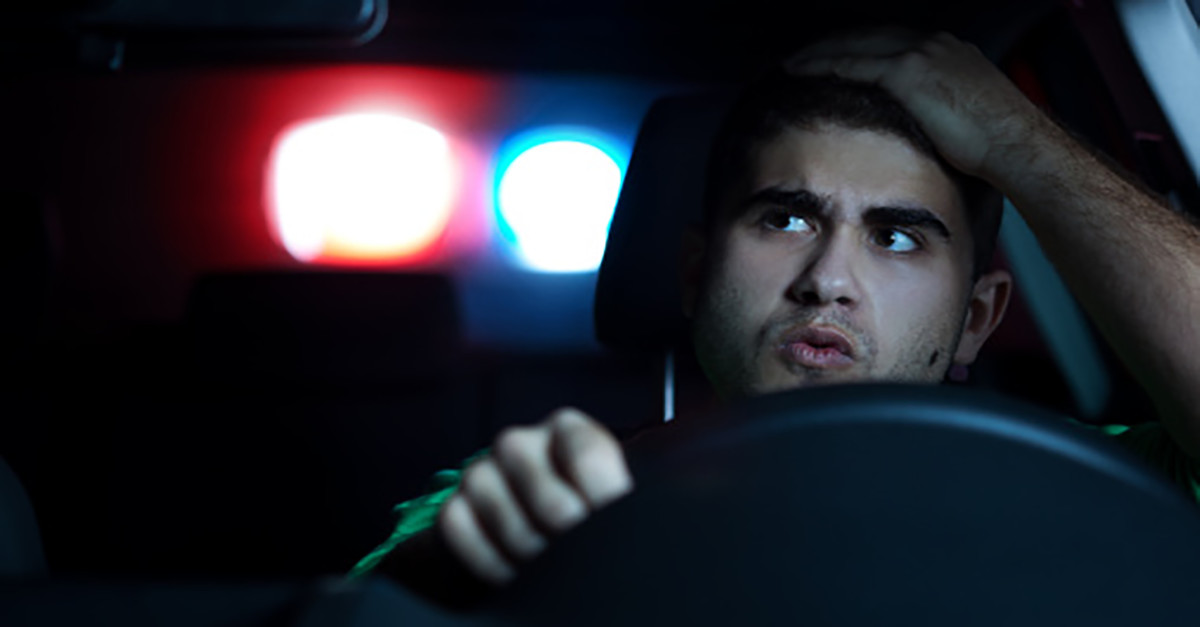 Suppose you’re driving home from work when a police officer pulls you over for swerving in the road. Maybe you’re sleepy, or perhaps you were trying to avoid hitting a squirrel.

You stop the car, and the cop comes to your window. “Good evening, ma’am,” he says. “I’m concerned that you’re driving under the influence, and I’d like you to take a Breathalyzer test.” You know you haven’t been drinking, so you agree. What could go wrong? You’ll soon be on your way home with a warning to be more careful.

You blow into the Breathalyzer, and, sure enough, no alcohol. “Am I free to go?” you ask.

“I’m going to ask you a question, okay?” he replies. “When was the last time you smoked marijuana?”

“Oh, I don’t do that,” you say. “I can give you a drug test right now.” Perhaps you’ve heard that roadside drug tests are notoriously unreliable—innocent people have been arrested for possession of such “drugs” as soap, tea, Aspirin, deodorant, chalk, chocolate, breath mints, and even donuts—but you’re willing to risk it. You just want to get home.

But the officer doesn’t believe you. “You don’t smoke marijuana?” he says. “I do not,” you answer.

He’s undeterred. “Well, you’re showing me indicators that you have been smoking marijuana, okay?” The next thing you know, you’re in handcuffs. You’ve been arrested for driving under the influence of marijuana you’ve never used.

“Okay, so when I do a drug test, I’ll be free to go, correct?” you ask. This can all be settled at the station, right? Nope. “You’re going to jail, ma’am. Okay? I don’t have a magical drug test that I can give you right now.”

And so you spend the night in jail, and then you spend the next four months fighting your DUI charge. You lose your job even though you insist that you’re innocent. You spend thousands on legal fees to stay out of prison.

Then your blood test comes back. It’s clean. You’re vindicated—except your life has been turned upside down, your bank account pilfered, and your reputation dragged through the mud, all because of one guy’s subjective opinion.

If this nightmare scenario seems implausible, the sad news is that it’s entirely real. In fact, most of the dialogue I’ve shared comes not from my imagination but from the dashcam footage of an encounter between a Georgia woman named Katelyn Ebner and a Cobb County, Georgia, officer named T.T. Carroll.

Carroll has undergone training that claims to teach him to recognize 12 signs of drug use. If he makes a roadside assessment that recognizes even a few of those signs, Cobb County allows him to charge people with a DUI even though there is zero hard evidence that they are, in fact, driving under the influence of drugs.

Ebner is one of three such people featured in a local news investigation whose lives were thrown into chaos purely on the basis of Officer Carroll’s feelings. All three had their charges dropped when drug tests proved their innocence, but here’s the really crazy part: though Cobb County has let them go—no jury is going to convict someone for driving under the influence when there’s clear, scientific proof they did no such thing—the county government maintains Carroll was right and the scientific test was wrong.

Seriously: The fact that we have trial by jury is basically the only thing keeping this county from locking people away purely because of one man’s gut feeling.

When Ebner filed a complaint against Carroll, county investigators irrationally insisted “the marijuana could have already metabolized out of the blood.” Chillingly, Ebner says they told her, “we see this happen all the time. Um, the test results come back wrong all the time.” Instead of being reprimanded, Carroll was promoted and given a merit-based raise.

How many other people have been put through this insanity? How many other police departments are ruining people’s lives solely because of a cop’s feelings about them? And what happens to those who are badgered into taking a plea deal and sent to jail because they can’t wait months for their drug tests come back?

This story is infuriating, and there’s no way it’s an isolated incident. “I didn’t realize that you could get arrested for something that you didn’t do,” Ebner reflected after her ordeal. In drug war America, her story proves you can.