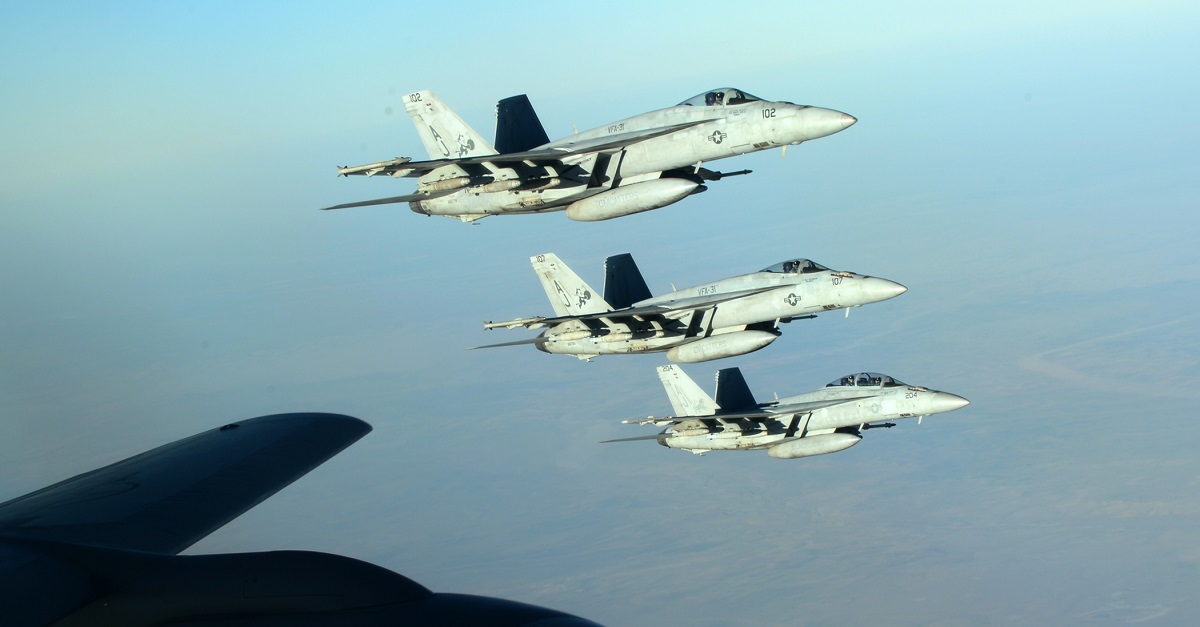 Question: How can you take the colossal failure that is the federal war on drugs here in the United States and make it even more pointless, violent, expensive and ineffective?

Answer: Try to fight a literal drug war halfway across the world with airstrikes.

Part of our government’s war in Afghanistan has, for 15 years now, involved an attempt to cut down on the country’s opium trade and heroin production. The theory is that drug money pays for terrorism, so stopping the drug money would mean stopping a lot of terrorism, too.

The reality is not so simple. American taxpayers have spent more than $8 billion on the Afghan drug war, and all we’ve gotten in return are record levels of drug trade and production. As Rare’s Jonathan Bydlak notes, “the country now leads the world in heroin production. Efforts aimed at promoting alternative farming or destroy poppy fields have led only to more poppies being planted, while millions for law enforcement training and addiction programs have apparently been similarly unsuccessful.”

But Washington has never been discouraged by such piddly things as facts and common sense, which is why the Trump administration has decided to escalate this very Afghan drug war. Citing a Washington Post story on the subject, Ed Krayewski at Reason reports:

The top American commander in Afghanistan, Gen. John Nicholson, announced yesterday that U.S. airstrikes are now targeting drug labs in that country. This is the first time the U.S. has used F-22s, which cost $340 million apiece, in Afghanistan, and it’s the first time U.S. forces have used their new power?granted by President Donald Trump in August?to order airstrikes against Taliban revenue streams. …

Targeting opium labs is unlikely to be any more effective than targeting opium fields has been. After all, given the profit margins in the opium trade, rebuilding labs should not be a problem. The U.N. says this year’s record crop could lead to increased funding to the terrorist groups that are intimately involved in opium farming. Duh.

The most absurd part of this whole thing is that American prohibition efforts are almost certainly making the drug business more profitable for terrorists, because when you make something illegal, you make it expensive. The potential for legal (or, in this case, explosive) consequences raises the stakes of every transaction, leading to suspicion, threats, and violence, so the payout has to be big to make involvement worthwhile. This is basic economics.

Just like legalizing drugs here in the United States would seriously cut down on drug violence and wreck the business model of the criminal cartels, so in Afghanistan the best way to cut back on drug production would be to stop attacking it. If Washington wants to take a bite out of terrorists’ narcotics income, it should end the prohibition that drives up the price of those drugs.