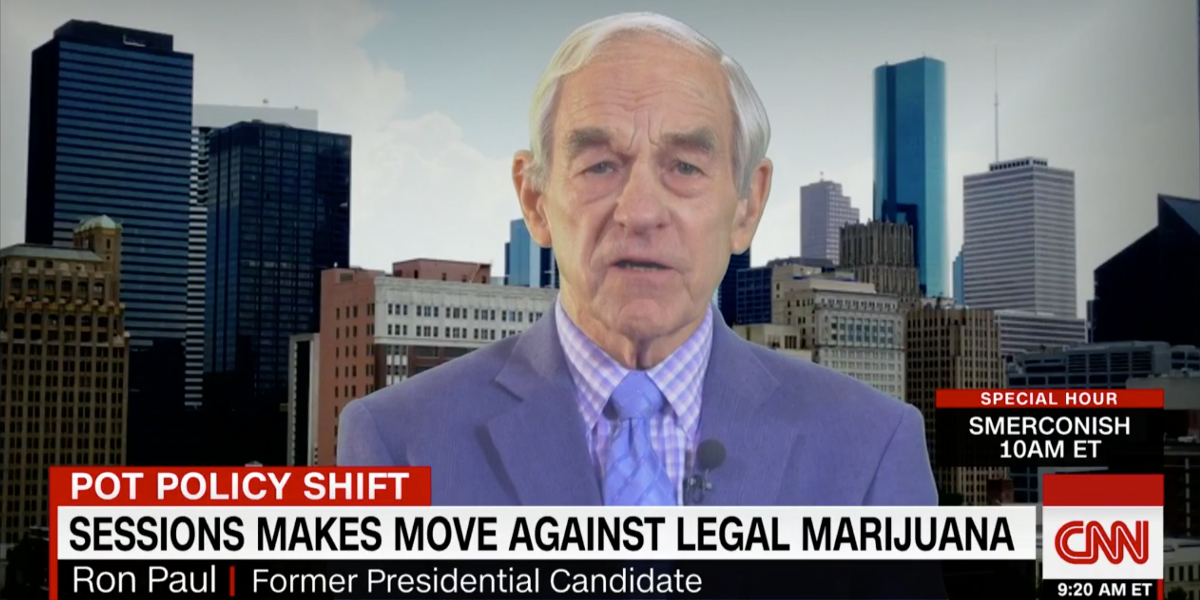 Former Congressman Ron Paul (R-Texas) called on Attorney General Jeff Session to resign on Saturday following his decision to end an Obama-era policy that had a lenient approach to dealing with states where marijuana has been legalized.

The new policy will allow federal prosecutors discretion in deciding how to punish states that have allowed adults to possess recreational marijuana.

Paul, a longtime critic of the federal war on drugs, slammed Sessions for what he views as overreach by the executive branch at the expense of states’ rights.

“He represents something that is so un-American as far as I’m concerned,” Paul said on CNN. “The war on drugs, to me, is a war on liberty.”

“The war on drugs is a totally illegal system,” Paul added, arguing that it is “very questionable constitutionally.”

“It’s so terrible. It’s an excuse to violate civil liberties wholesale, and Jeff Sessions has been one of the worst,” he concluded.

"The war on drugs, to me, is a war on liberty," says fmr. GOP Congressman Ron Paul, calling for Jeff Sessions to resign and saying his move against legal marijuana is "questionable, constitutionally" https://t.co/D7ReA4GsZN https://t.co/CSic0EIjoc

Paul is not the only Republican to criticize Session for last week?s decision. Sen. Cory Gardner (R-Colo.) vowed to hold up President Trump?s nominees to the Justice Department.

In light of Sessions? decision, Republican lawmakers have introduced legislation that would decriminalize marijuana at the federal level, allowing each state to make its own decision regarding the legality of marijuana.

?Under our Constitution, marijuana shouldn?t be federally criminalized. @RepTomGarrett has a bill that will stop AG Sessions in his tracks: the Ending Federal Marijuana Prohibition Act of 2017 (#HR1227), which I?ve cosponsored,? Amash tweeted.