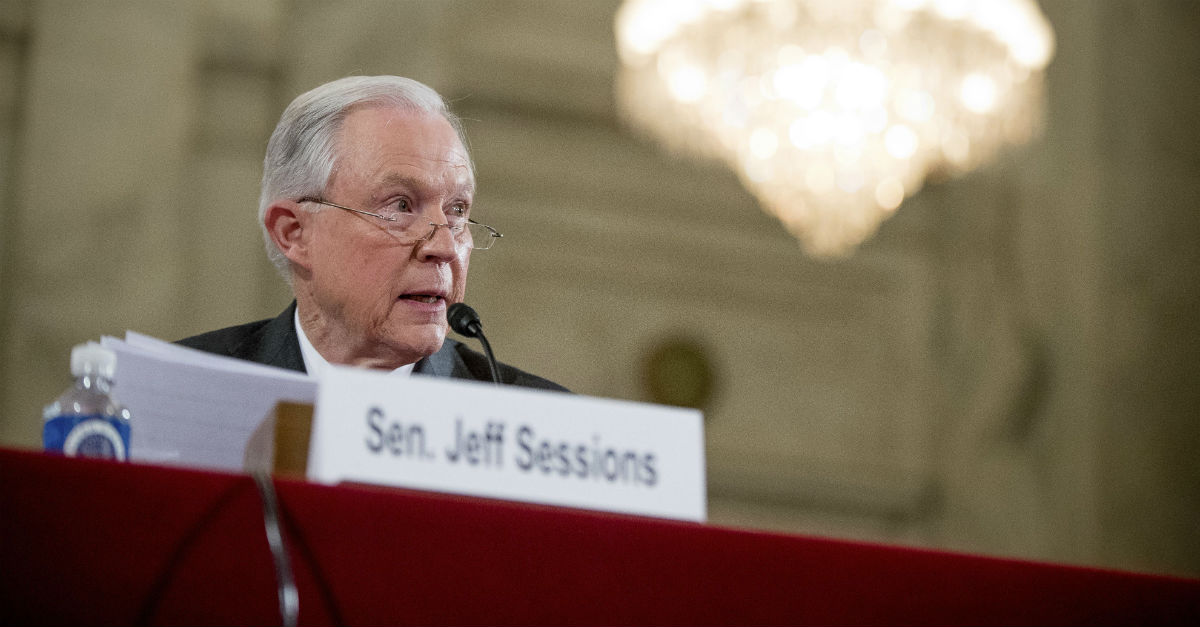 After the death of William Rehnquist in 2005, [then Sen. Jeff] Sessions gave a floor speech in which he praised the chief justice for “reestablish[ing] a respect for state law and state sovereignty.” Sessions noted that the federal government, under its authority to regulate interstate commerce, “has broad power, but there are limits to the reach of the Commerce Clause.”

Apparently for the Attorney General, there is a marijuana exception to the Tenth Amendment. This hypocrisy is unfortunately no surprise, as Sessions is well-known as an ardent drug warrior. The man was once quoted as saying, “good people don’t smoke marijuana.”

Of course, “good people” don’t do a lot of things that are perfectly legal. It’s not the government’s job to legislate morality, a conservative axiom that goes all the way back to Barry Goldwater.

If it were the role of the government to make people moral, why stop at banning marijuana? What about smoking, fatty foods, or even liquor? Republicans despise this nanny statism in almost every case, except when it comes marijuana.

If the Trump administration won’t accept the philosophical case for respecting recreational marijuana in the states, perhaps common-sense fiscal conservatism can do it. The drug war costs upwards of $36 billion per year. Saving that amount would be enough to fund the border wall with Mexico twice over!

States like Colorado have reaped tremendous fiscal rewards for legalizing marijuana. Last year alone, the Centennial State collected $200 million in tax revenue from legal cannabis sales. Meanwhile, there has been no crime increase that can be tied to legalization.

It’s not just the budgetary bottom lines that the drug war hurts. More than half a million people are arrested for simply possessing marijuana every year. Families have been torn apart when a parent is convicted of this non-violent crime. Does that sound very conservative?

RELATED: It isn?t Trump officials? communications with Russians that are weird ? it?s the cover-up

Republicans like Sessions need to give up the ghost of Reefer Madness. There are much more serious crimes that the new Attorney General can focus his no-nonsense attitude toward. Polls show that a vast majority of the American public doesn’t support a federal crackdown of marijuana laws. So, what does Spicer have to gain by doubling down on a failed policy?

The Trump administration must get smart, especially if it plans to achieve its plan of increasing infrastructure and military spending. An easy first step would be respecting state sovereignty when it comes to marijuana.