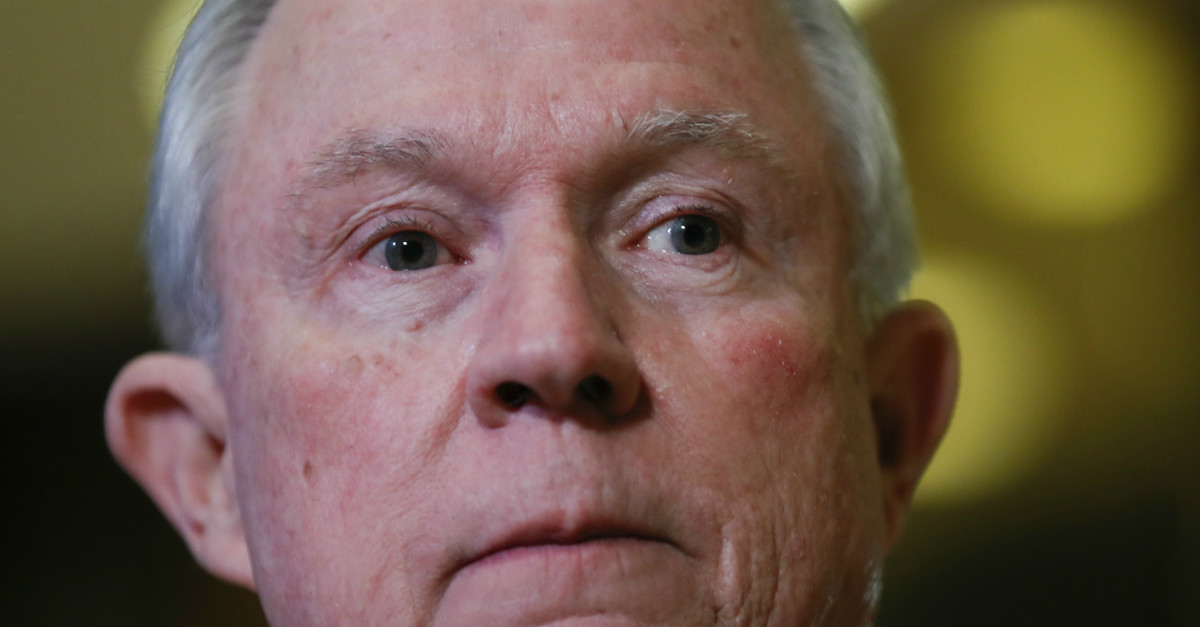 On Jan. 3, I was able to download the Eaze app, upload my driver?s license, and order weed to be delivered to my house. The whole process from download to delivery took about 20 minutes. In California, recreational marijuana had been legalized just two days prior.

On Jan. 22, Vermont Governor Phil Scott signed bill H.511 to make recreational marijuana legal. Vermont is the first state to pass marijuana legalization through legislation rather than a ballot initiative. This came just after Attorney General Jeff Sessions announced that he is rescinding the Cole memo, a federal policy that took a hands-off approach to enforcing marijuana prohibition in states where it had been legalized.

With 64 percent of Americans in support of legalizing marijuana, Sessions? stance on marijuana is a step in the wrong direction. His reefer madness will intensify the already failing war on drugs, which costs upwards of $50 billion per year and harms countless lives, families, and communities.

In 2016, an interview was found with John Ehrlichman, a former domestic policy chief to Richard Nixon, where he admitted that the war on drugs was targeted at African Americans and hippies. He said the Nixon administration had two enemies: the anti-war left and black people. He said, ?We knew we couldn’t make it illegal to be either against the war or black, but by getting the public to associate the hippies with marijuana and blacks with heroin, and then criminalizing both heavily, we could disrupt those communities.? The entire intent of the war on drugs was to disrupt these two communities??and in the case of African Americans, it succeeded impressively.

RARE POV: Rand Paul tells Christian students that “government is not going to make us a virtuous society”

The conversation around marijuana is still heavily based in propaganda. Earlier this month, Kansas State Representative Steve Alford claimed that marijuana needed to be illegal because African Americans responded the worst to marijuana because of their ?genetic makeup.? Alford was pulling from 80-year-old racist propaganda. In the 1930s, Harry Anslinger, the first commissioner of the Federal Bureau of Narcotics, spread reefer madness by disseminating misinformation, such as, ?The primary reason to outlaw marijuana is its effect on the degenerate races.?

The racial implications of the drug war have not been lost even in a state as progressive as California. In Oakland in 2015, the city in which I was able to get a 20-minute weed delivery, 77 percent of those arrested for marijuana-related crimes were black.

In addition to the obvious racial bias of the drug war, it has fueled mass incarceration in the United States. For those serving time in a state prison, the most serious crime for 15 percent of them was a drug-related offense. This implies that if the war on drugs did not exist, about 197,200 prisoners would not be in prison.

But, as more states choose legalization, what happens to those who were already convicted of marijuana-related crimes? Part of Proposition 64, the law the made marijuana legal in California, allows people who were convicted for marijuana-related crimes to petition the courts to have their records expunged. More than 4,000 people have already petitioned the courts. Of course, this process can be time-consuming and costly, and for those whose lives have already been disrupted due to their convictions, time and money may be hard to come by. California Assemblyman Rob Bonta (D-Oakland) introduced AB 1793, legislation that would automatically expunge marijuana-related convictions. This could go a long way in helping reverse the damage that has been done to these individuals.

Beyond that, Supernova Women, a female-led nonprofit, is forging the way to make the marijuana industry more inclusive to the communities that have been most harmed by the war on drugs. Before Proposition 64 was passed in California, those who had previously been convicted of a marijuana-related felony were not able to start businesses in the marijuana industry.

Tsion Lencho, one of the founders of Supernova Women, noted, ?When you came to the business side of things, there was a complete dearth of conversation about inclusion, even though social and racial justice were at the forefront of the talking points around why you should legalize and why you should allow local jurisdictions to give permits.? Supernova Women worked with the city of Oakland to shape the city?s permitting program to reserve half of the business licenses for those who have either been convicted of a marijuana-related crime or live in an area of the city with disproportionately high arrests.

But, it?s not just nonprofits and local governments that are attempting to reverse the effects of these bad policies. Eaze, the weed delivery service, is partnering with The Hood Incubator to increase the participation of communities of color in the legal marijuana industry. They?ve acknowledged the damage that has been done and want to help make the industry more inclusive.

Attitudes towards marijuana are changing, regardless of what outdated policies Jeff Sessions is enforcing. States should continue to legalize the marijuana market and focus on wiping the slate clean for the formerly convicted.

Adriana Vazquez is a Free Society Fellow for Young Voices and a Bay Area resident. Follow her on Twitter @vazquezadriana.