Why is the government limiting how many people can have this anti-addiction medicine? 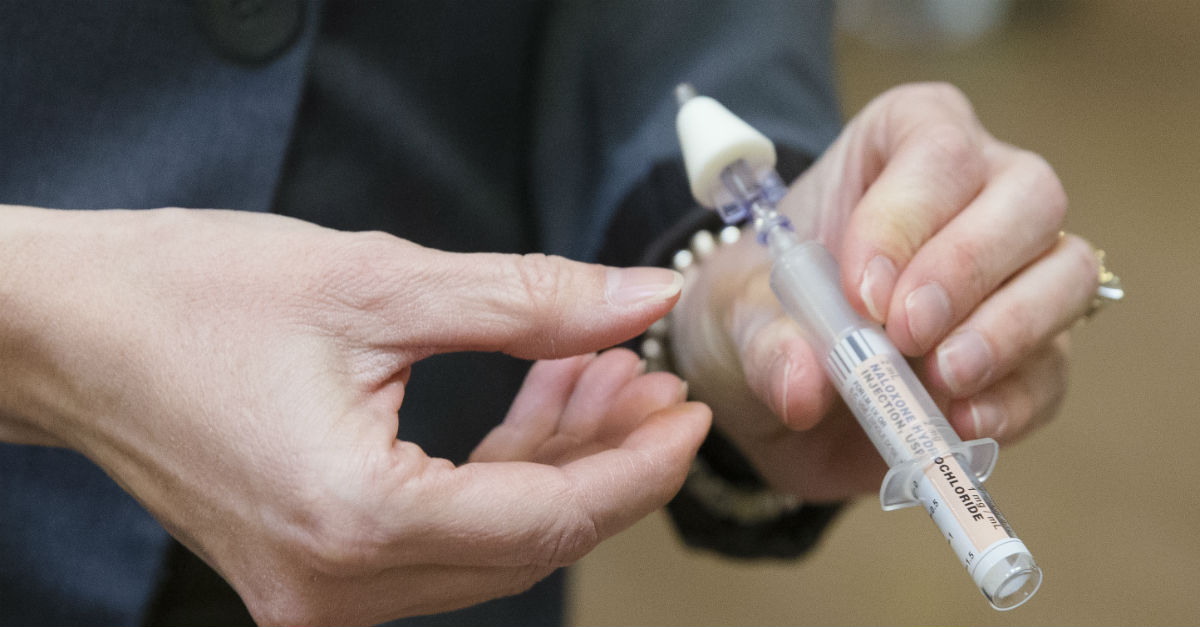 President Obama spoke in Atlanta on Tuesday to announce a range of new efforts to fight opioid addiction, including policy changes and grant allocations. Setting aside many of these measures?all of which avoid the one proven solution, namely, decriminalizing all drug use so addicts can more easily seek the treatment they need?one in particular caught my eye (emphasis added):

The most substantial part of Obama?s strategy unveiled Monday is the aim to expand access to medication-assisted treatment.

The administration is planning to ease rules for doctors who prescribe an addiction-fighting drug called buprenorphine, which can be coupled with counseling and behavioral therapy to speed up a person?s recovery.

Under the new rules, doctors would be allowed to prescribe the drug for up to 200 patients ? double the current patient limit. The change would amount to ?tens of thousands of people? receiving treatment, the administration said.

When I first read this I was sure this must be an error. If there’s a medication that helps treat addiction (buprenorphine basically works in combination with another drug to limit cravings and block opiate receptors so using an opioid can’t produce a high), why would the government limit how many people can have it at once?

Related: There is no government “solution” to heroin addiction

The single numerical limit struck me as particularly bizarre. Why should a doctor in New York City be given the same limit as a doctor in, say, a tiny town in Arkansas? There are millions of people in the former, and maybe a few thousand in the latter. How can these two doctors be expected to abide by that same 100-patient total? Even accounting for a correspondingly higher population of doctors in urban areas, it still seems possible that patients in cities are being significantly underserved thanks to this regulation.

It turns out the limit is indeed real. Here’s a summary of the law from the Substance Abuse and Mental Health Services Administration, a branch of the U.S. Department of Health and Human Services:

The Office of National Drug Control Policy Reauthorization Act of 2006 (ONDCPRA) modifies the restriction on the number of patients a physician authorized under the Drug Addiction Treatment Act of 2000 (DATA 2000) may treat subject to the following conditions:

1. Physicians must currently be authorized under DATA 2000.

2. Physicians must have submitted the notification for initial authorization at least 1 year ago.

3. Physicians must submit a second notification that conveys the need and intent to treat up to 100 patients (items 6 and 10) and certifies their necessary qualifying criteria (item 8) and their capacity to refer patients for appropriate counseling and other appropriate ancillary services (item 9), and they must sign and date the form.

The upshot of all this is that, as the Obama Administration admitted, there are ?tens of thousands of people? in America who might benefit from this anti-addiction medication?but they’re not allowed to have it because others who live near them are using it already.

By one tally from an advocacy organization which supports ending the patient limit, the effects of this regulation have been devastating (emphasis added):

Despite aggressive recruitment efforts over the last decade, only 22,170 of America’s 800,000 potential physicians, have become certified and are eligible to prescribe the treatment, but only about 1/3 of them actually do. This shortage in supply of treatment has had negative consequences including high prices for office visits, limited acceptance of insurance, and limited overall access to this lifesaving care.

The American Society of Addiction Medicine (ASAM), the nation’s largest professional organization of addiction medicine professionals, agrees, arguing that “the cap is unfairly keeping patients out of medication-assisted treatment.” The group supports raising the cap to 500 patients per certified physician, while acknowledging the risks of diversion (patients illicitly using the drugs for something other than their intended purposes) as the total is adjusted.

Related: Here are 7 reasons to end the war on drugs

Now, I should be clear that I am by no means an addictions counselor, nor do I have any background in medicine. But shouldn’t it be at the doctor’s discretion to determine how many people in a given location need this treatment? How can an arbitrary, top-down regulation like this help fight addiction? Why should one patient’s ability to get a prescription depend on how many other people need the same help?

This zero-sum prescription game is nonsensical and inhumane.

The Obama administration obviously recognizes that this prohibitionary cap is having deleterious effects. It should follow that realization to its logical conclusion and leave the prescription decision to medical professionals who can make a judicious choice on a case-by-case basis.