When MLK wanted to protect his family from terrorists, he was denied his Second Amendment rights 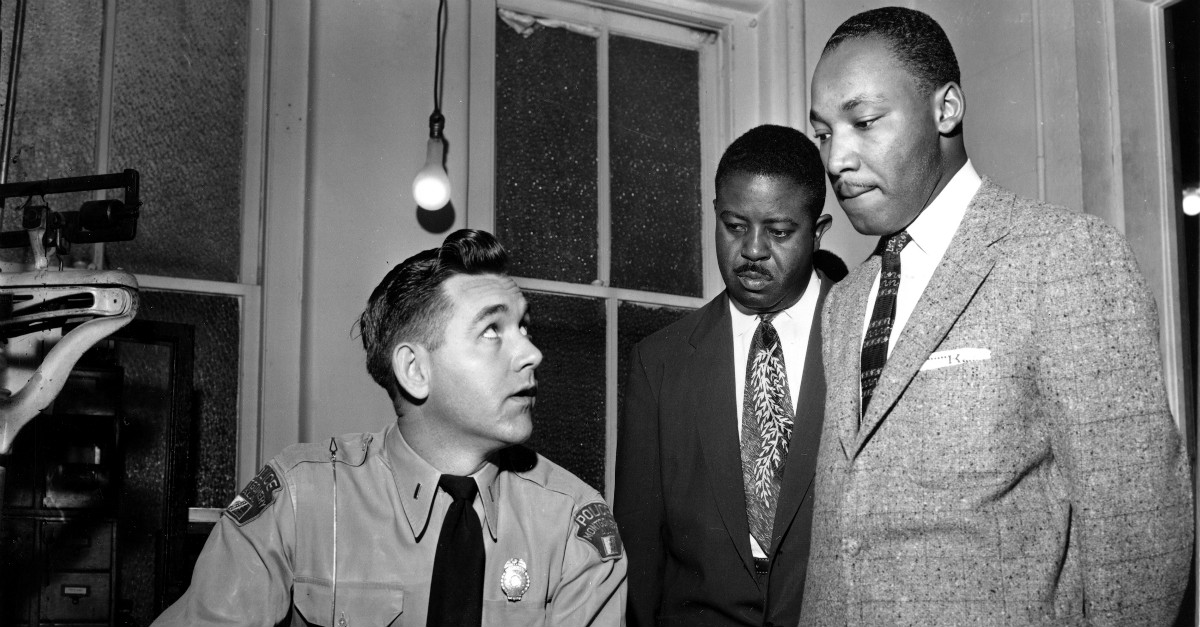 Every Martin Luther King Jr. holiday, we remember this remarkable man’s heroic struggles during the civil rights era. It has become an annual tradition here at Rare to also remind others that King was subjected to severe unconstitutional surveillance practices, a subject that remains so relevant today in the age of the NSA metadata collection and Edward Snowden.

But interestingly enough, MLK — who preached non-violence in the fight for racial equality — also reminds us of the importance of the Second Amendment.

As UCLA law professor Adam Winkler observed in 2011, “Most people think King would be the last person to own a gun. Yet in the mid-1950s, as the civil rights movement heated up, King kept firearms for self-protection. In fact, he even applied for a permit to carry a concealed weapon.”

“A recipient of constant death threats, King had armed supporters take turns guarding his home and family,” Winkler noted. “He had good reason to fear that the Klan in Alabama was targeting him for assassination.”

On Jan. 30, 1956, King’s Montgomery, Alabama home was bombed by terrorists. Thankfully his wife and daughter were not harmed in the explosion. King responded, “My intimidations are a small price to pay if victory can be won.”

Still, King had the practical matter at hand of protecting his family.

(A)fter King’s house was bombed, King applied for a concealed carry permit in Alabama. The local police had discretion to determine who was a suitable person to carry firearms. King, a clergyman whose life was threatened daily, surely met the requirements of the law, but he was rejected nevertheless. At the time, the police used any wiggle room in the law to discriminate against African Americans.

King was denied his Second Amendment rights, among so many other basic rights.

RELATED: 50 years ago MLK was considered an enemy of the state

Reason’s Damon Root writes, “There’s nothing unusual about this. Many civil rights activists—including those who publicly engaged in non-violent forms of resistance—kept guns for self-defense…”

The head of the North Carolina NAACP in the late 1940s, Robert F. Williams, famously stockpiled weapons to protect his community from the Ku Klux Klan.

“John R. Salter, one of the organizers of the famous 1963 sit-ins against segregated lunch counters in Jackson, Mississippi, said he always ‘traveled armed’ while working as a civil rights organizer in the South,” Root notes.

“I’m alive today because of the Second Amendment and the natural right to keep and bear arms,” Salter said.