Would Justin Amash run for president? 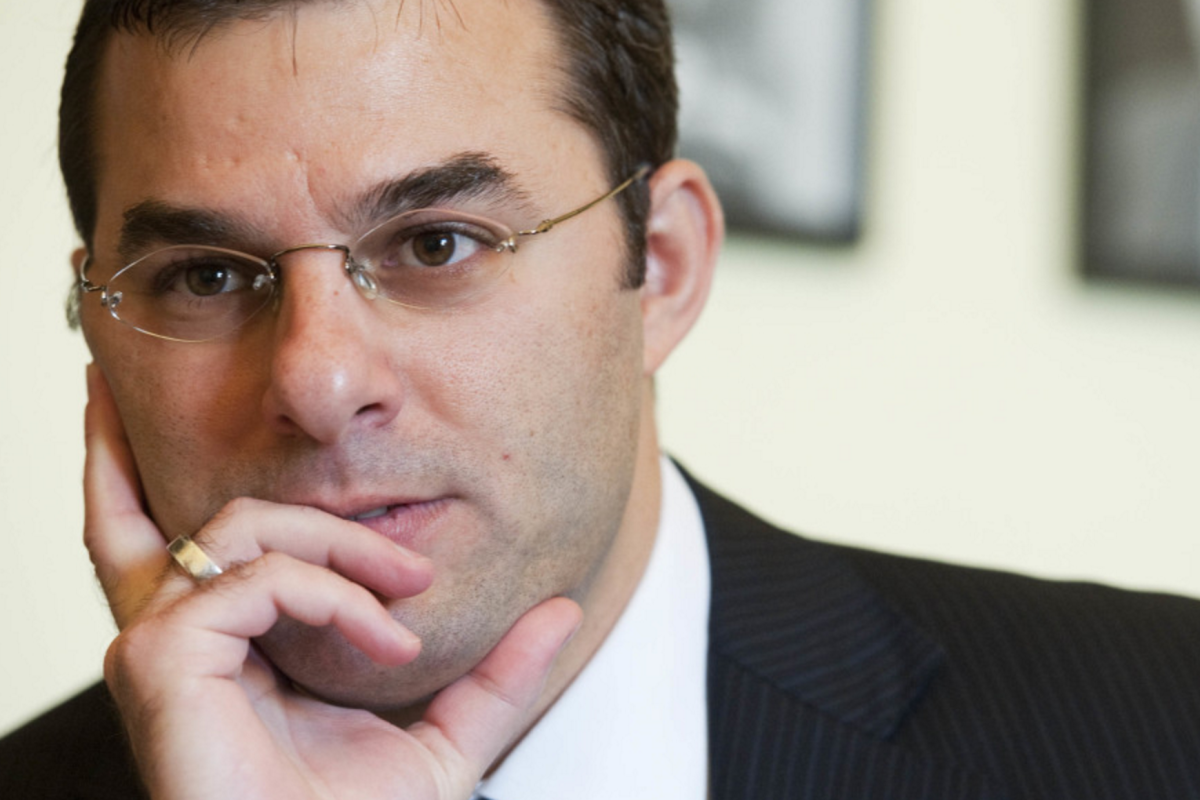 Rep. Justin Amash (R-Mich.) is considered the most high profile libertarian Republican in Congress after Senator Rand Paul (R-Ky.), making national waves with his staunch opposition to the National Security Agency’s controversial metadata collection program. Along with libertarian firebrand Rep. Thomas Massie (R-Ky.), Amash is one of two congressmen who are generally considered the most beloved by the Ron Paul-inspired liberty movement.

After originally supporting Sen. Paul’s presidential bid, who has since left the race, on Tuesday Rep. Amash endorsed Senator Ted Cruz for president. Amash noted in his endorsement in an op-ed at IJ Review, “Ted is not a libertarian and doesn’t claim to be.”

“But he is a principled defender of the Constitution, a brilliant strategist and debater who can defeat the Democratic nominee in the general election,” Amash said, adding that Cruz is “the only remaining candidate I trust to take on what he correctly calls the Washington Cartel.”

Some of Amash’s libertarian supporters cheered his Cruz endorsement while others seemed disappointed. Sen. Paul and Rep. Massie have said they’re not making any presidential endorsements during the Republican primary. Rep. Mark Sanford (R-SC), also a leading libertarian Republican in the House, has endorsed Cruz. Former Rand Paul supporter Rep. Raul Labrador (R-Id.), a liberty-friendly leading member of the House Freedom Caucus and frequent Amash ally has also moved over to Cruz. Other former Paul supporters have also began to support Cruz in various states.

On Friday, Rep. Amash sat down with Rare to discuss his endorsement and what the future holds, both for him and the liberty movement.

Also: Does Justin Amash have any presidential ambitions?

Rare: Is there any context you can provide about the interactions you’ve had with Sen. Cruz that you allude to in your endorsement op-ed that make you believe he’s the remaining presidential candidate most likely to give liberty issues a hearing?

Justin Amash: I’ve seen Ted stand with Rand for hours on the Senate floor in opposition to U.S. drone policy. I’ve watched him vote against the NDAA, knowing he’d face attacks from people like Rubio, McCain, and Graham. I’ve spent time with him discussing our government’s failed interventions in Libya and Syria.

Ted cares about the Constitution, and that makes him a strong ally for libertarians despite our disagreements on some important issues.

Rare: Some of your libertarian supporters seem convinced that there’s no difference between Ted Cruz and Marco Rubio. You reference Rubio once in your article. Could you expand upon why you think they’re so different from your vantage point as a libertarian Republican congressman?

Justin Amash: While campaigning, Ted and Marco often use rhetoric that unfortunately conflates their very different records. Marco Rubio comes from the McCain-Graham school of foreign policy and surveillance policy. Ted Cruz’s voting record, while not libertarian, more closely aligns with Senators Paul and Lee. When an issue arises relating to war or privacy, I can usually count on Ted to stand with me or at least thoughtfully consider my position. I can usually count on Marco to take the anti-liberty position.

Rare: On one hand, Sen. Cruz opposed Obama’s regime change in Libya and Syria. On the other, he’s talked about carpet bombing and “making sand glow.” What are libertarians to make of those statements?

Justin Amash: We shouldn’t be happy about those statements. And those statements don’t do justice to his voting record, which has been much better than most senators on matters of foreign policy.

Rare: You’ve long said that your work in House has helped to persuade your colleagues toward a more libertarian vision. What would you say to those in the liberty movement who are convinced that working within the Republican Party is a fruitless endeavor?

Justin Amash: Our work in the Republican Party has made a difference. My colleagues in the House Freedom Caucus have told me many times that I’ve made them more libertarian. And it’s evident in the votes. They’ve stood with me against corporate welfare, against unconstitutional NSA spying, against encryption backdoors, against wasteful Pentagon spending, and against arming Syrian rebels. Recently, when a cyber-spying bill was slipped into the omnibus, the House Freedom Caucus jointly offered an amendment to strip that section. We have stood together in support of liberty and the Constitution. With each new Congress, our numbers grow.

Rare: If Trump or Rubio were to become president, do you think that would make the liberty Republican faction even more crucial? To stop them from undermining the Constitution?

Rare: Many libertarians are dying to know: Would you consider running for president some day?

About the author: Corie Whalen
Corie Whalen is a political consultant and writer based in Houston, Texas. Follow her on Twitter @CorieWhalen
View More Articles