Republicans hated Obama’s “pen and phone” approach. Are they cool with Trump doing the same? 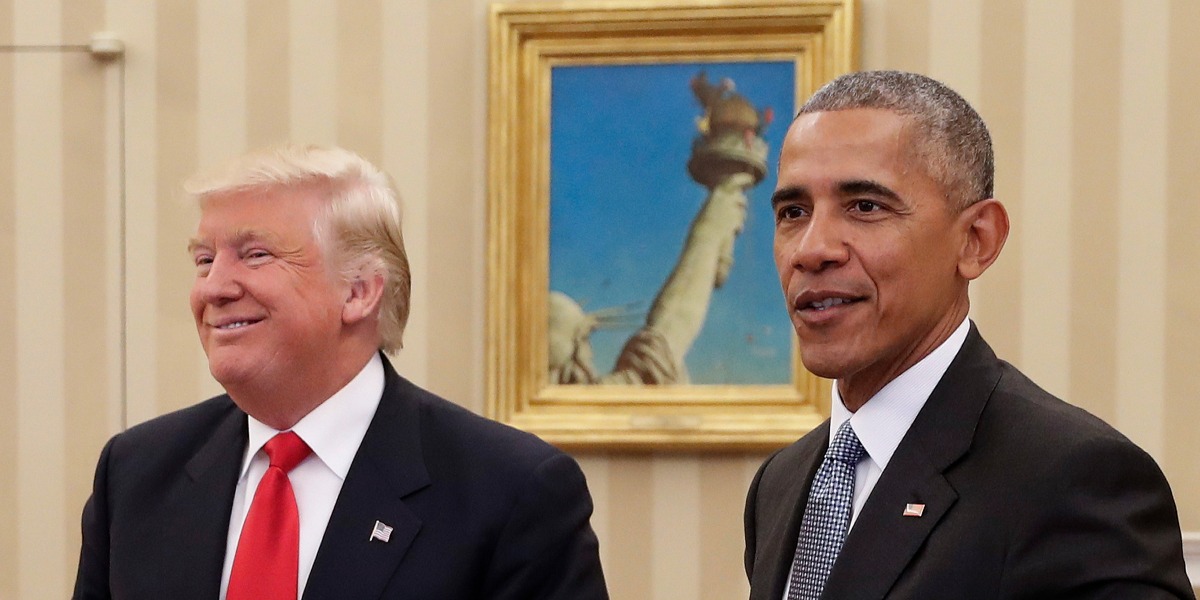 Early Tuesday morning, President Donald Trump was on Twitter with Obamacare on the brain. “Since Congress can’t get its act together on HealthCare,” he wrote, “I will be using the power of the pen to give great HealthCare to many people – FAST.”

Subtract the caps-lock and throw in a “let me be clear” and the tweet could have come from former President Obama, had he been in the habit of making policy statements on Twitter. In fact, it seems certain Trump was making a deliberate allusion to Obama’s infamous “pen and phone” pronouncements. What’s good for the goose is good for the gander, and in this case both birds are eager for unchecked executive authority, the Constitution’s division of powers be damned.

RARE POV: Rand Paul: No more Obamacare-lite bills — we must have real repeal

That Trump would so explicitly follow in Obama’s footsteps in this regard is utterly unsurprising. He has never offered more than transparent pretense of devotion to principles of limited government, and he regularly displays a remarkable ignorance of and disinterest in the most basic details of constitutional structure and rights.

What is more noteworthy, then, is the response — or rather, the lack thereof — from Republicans. Where the uproar over Obama’s pen-and-phone power was (rightly) deafening, with Trump we’re mostly hearing crickets.

The reasons for this difference are not difficult to divine.

First, this is a convenient route to Republican policy goals. While Trump has yet to reveal exactly how the executive order he expects to sign this week “is going to go a long way to take care of people that have been so badly hurt on health care,” as he put it, we know it will include some deregulatory measures GOP lawmakers tend to like. For example, Trump specifically mentioned ending the prohibition on insurance purchases across state lines, and his order is also expected to promote “association health plans,” which allow individuals and small businesses to buy insurance together so they can have the bulk discounts big businesses get.

Without pretending to understand the mechanics, probable results, and legal implications of a complex executive order that has yet to be released, these changes strike me as promising. But it’s undeniable that the administration’s legal position here is fuzzy enough that the GOP would be raising holy hell if Obama made insurance law changes of a similar magnitude by executive fiat.

“It’s not even about policy disagreement; it’s about rule of law,” Republicans would protest — and they’d be right. Maybe Trump is on firm legal ground, but that’s not evident at this point, which means skepticism and scrutiny are in order.

For while it’s perfectly reasonable for the president to have some discretion in implementing the laws Congress passes, the Constitution unquestionably awards lawmaking authority to Congress alone. As I wrote nearly two years ago when then-President Obama was likewise complaining of congressional inaction, it’s one thing for the president to tweak federal agencies’ lawfully-defined priorities as needed to respond to current events. It’s another for the president to expand his authority beyond what is essentially an administrative office, as Trump here seems set to do.

The second obvious reason behind Republican acquiescence to Trump’s constitutional carelessness is even baser than tactical hypocrisy in pursuit of policy goals. It’s plain old partisanship.

That has been evident from the beginning of his presidency, but it may be more apparent than normal this week thanks to Trump’s online dust-up with Sen. Bob Corker (R-Tenn.). In a blunt interview with The New York Times, Corker accused Trump of lying about their past conversations and leading the country toward World War III. He seemed, the Times noted, to “almost find cathartic satisfaction by portraying Mr. Trump in terms that most senior Republicans only use in private.”

“The reaction” to the Corker controversy “highlighted the broader strategy Capitol Hill Republicans have adopted when it comes to the president’s tendency to wage rhetorical war against their own or incite other controversies,” The Washington Post chimed in the next day. That strategy is: “Don’t engage in public no matter how anxious they may be in private.”

These observations are just the tip of the enormous iceberg of reports of GOP lawmakers admitting that the Trump administration is far afield from responsible governance when speaking privately or off-the-record — and keeping very mum on the subject in public. (Here’s a thing to do if you like to be sad: Google “Republicans Trump ‘in private’” and read the news results.)

It is exactly this sort of hypocrisy in service to convenience and partisanship that has so many Americans disillusioned with Washington. Democrats are plenty guilty of this too, but there’s something uniquely disheartening about the speed with which government by pen and phone has gone from Republicans’ biggest target to a normal Tuesday morning.