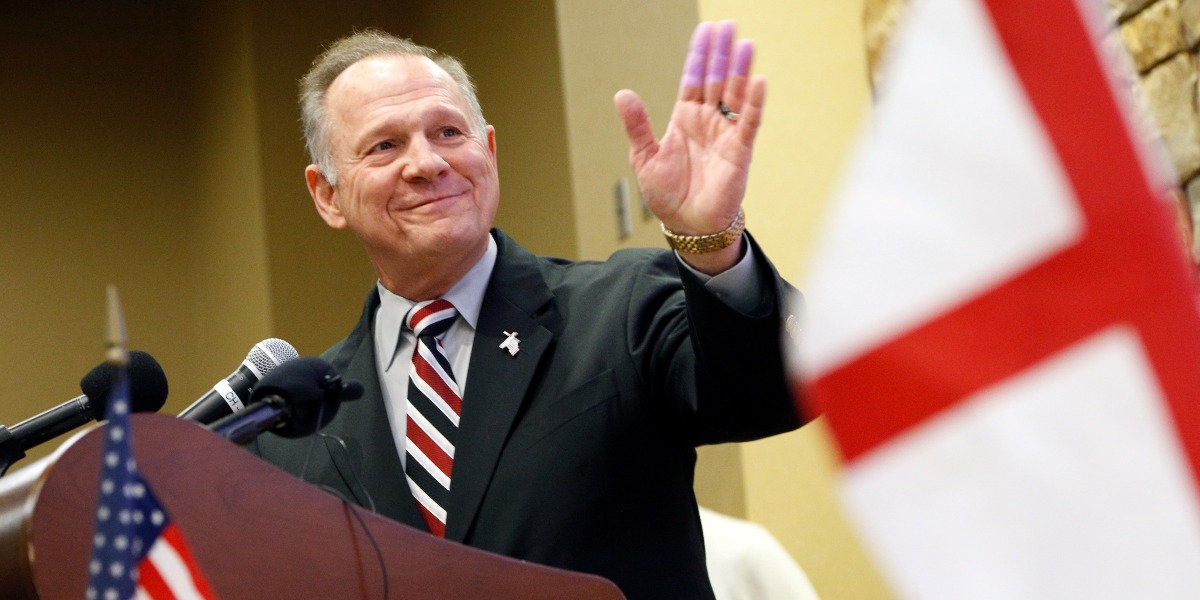 In 1994, Marion Barry, a former three-term Washington, D.C. mayor fresh off of a six month stint in prison for smoking crack, was elected to a fourth term.

Even though his first three terms had been defined by corruption, sexual misconduct and the open secret of Barry?s drug and alcohol abuse, D.C. voters still accepted his campaign message, which a New Yorker obituary described as a mixture of ?the rhetoric of twelve-step recovery programs, religious forgiveness, and conspiracy theories.? According to Barry, he was the victim of ?the power structures,? which had entrapped him into using crack cocaine.

RARE POV: Hollywood is denouncing Kevin Spacey, so why are Roy Moore?s defenders sticking with him?

Last year, Donald J. Trump was elected president of the United States only one month after a tape surfaced in which Trump bragged that his celebrity status enabled him to kiss and grope women at will.

Next month, Roy Moore, the Alabama Republican running for Attorney General Jeff Sessions? Senate seat, will face voters and may well be elected despite the credible accusations brought against him in the past week claiming that he initiated sexual contact with multiple underage girls while in his 30s.

“Innocent until proven guilty is for criminal convictions, not elections. I believe [Moore accuser] Leigh Corfman. Her account is too serious to ignore. Moore is unfit for office and should step aside,? former GOP presidential candidate Mitt Romney tweeted Friday.

Other Republicans, however, have had very different reactions. Alabama State Auditor Jim Ziegler used the Bible to justify relationships between adult men and teenage girls, and Moore?s brother said the candidate was being persecuted like Jesus. Republican Alabama State Rep. Ed Henry criticized Corfman and the others for using their accusations, which he said were false and demeaning to actual victims of abuse, as ?a political weapon.?

A JMC Analytics poll released Sunday has Moore trailing his Democratic opponent by four points, but it also shows that 29 percent of likely voters said they were ?More Likely? to vote for Moore in light of sexual misconduct allegations.

I?d have expected voters who truly believe that these four women are part of some sort of Democratic conspiracy to choose ?No Difference,? but what sort of twisted mind makes someone more supportive of a candidate after he?s been accused of pedophilia?

If Moore does win on December 12 (which, thankfully, it?s looking like he won?t), perhaps the case of Marion Barry could explain why, in addition to shedding light on Trump?s victory.

As one longtime D.C. resident explained it to me, the African American voters who make up much of the District?s population saw Barry as a champion of their cause who snubbed his nose at an establishment that had kept them in virtual serfdom for far too long.

There is some truth to the latter part of this reasoning. Barry was only the second mayor of the D.C. His predecessor was initially appointed to the position by the president of the United States and only later elected.

Donald Trump, despite his philandering and cronyism, won his election because frustrated rural whites ? the ?forgotten men? of his inaugural address ? felt that he would represent them when no one else would, and that he had the ability to get things done.

Apparently, I?m not the first to notice this connection. As one D.C. blogger put it in a post headlined ?Donald Trump is Marion Barry for Rural White People,? voters returned Barry to office because they ?viewed it as a way to send a message [to] a system that was screwing them over in numerous ways,? and that in fact, ?his cartoonishly awful behavior just made him more attractive as a way to shock and horrify the elites who really ran things.?

The same could be said of Trump.

Moore is a slightly different case. He?s not as absurd in his public persona as Trump or Barry, but he does successfully portray himself as an ultra-conservative, Bible-banging Southern good-ole-boy. In short, exactly the kind of person who Trump-supporting Alabamans believe would be their best advocate in Washington.

When Ann Coulter tweeted Saturday that ?all that matters is that Roy Moore will vote for a wall,? she sent the message that character doesn?t matter anymore. It doesn?t matter if he?s a bad guy as long as he?s ?our guy.? Politics has become a zero-sum game.

Perhaps this explains why the accusations against Moore have strengthened support for him among certain sections of the electorate. These people would vote for Hitler if they thought it would piss off Democrats.