Robert Mueller is hoping Donald Trump will incriminate himself 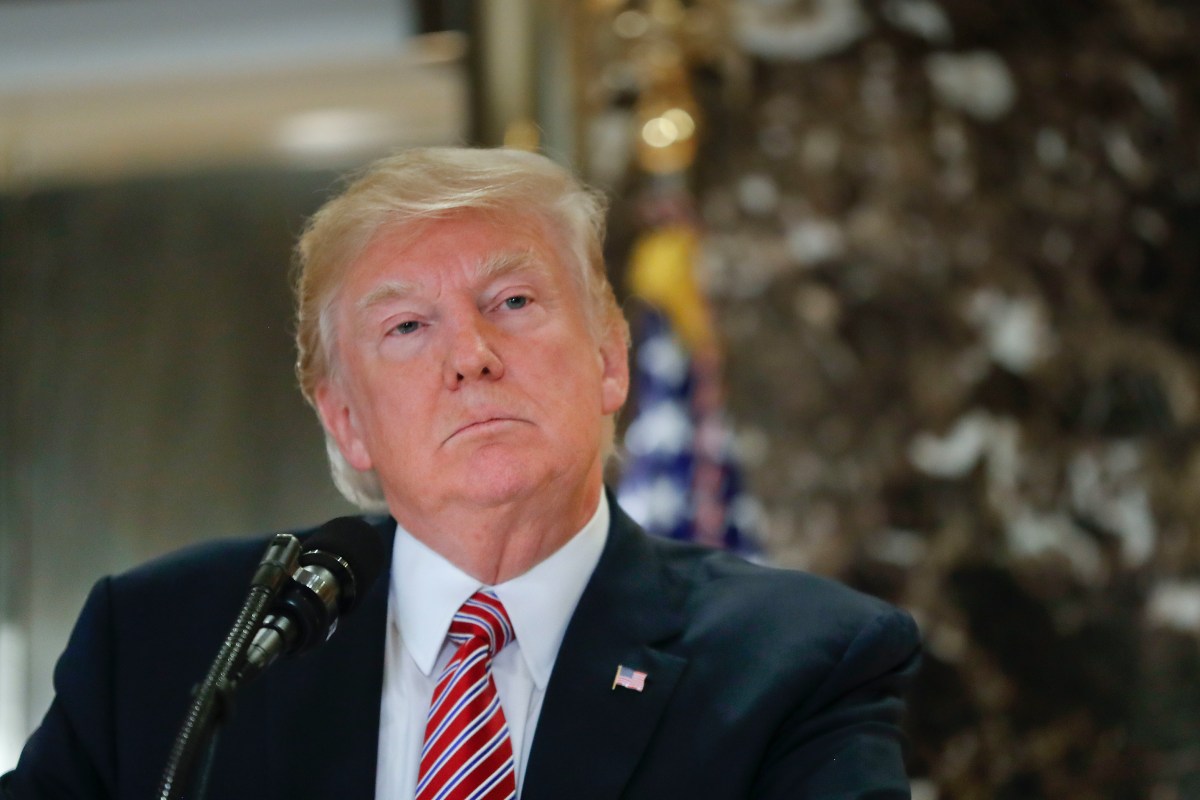 We all knew that Special Counsel Robert Mueller’s investigation into possible collusion between the Kremlin and Trump campaign officials is an albatross around the administration’s neck. No president wants a special counsel poking and probing into his past behavior in search of something criminal. Bill Clinton spent most of his two terms battling three independent counsels about the Whitewater land deal, Vince Foster’s suicide, Travelgate, his sexual dalliances with Monica Lewinsky, and possible obstruction of justice. By the time Clinton left office, he was a man put through the legal and political ringer, having spent millions of dollars in legal fees. His license to practice law was suspended, and he was tarred with the label of being only the second president in American history to be impeached.

Nobody who is seriously following Mueller’s case impartially would predict Donald Trump will be the third. But Mueller’s ever-expanding inquiry into all things Trump—and the wide latitude the special counsel’s office has to pursue the facts wherever they lead—is certainly making Trump’s lawyers nervous. In just the last week we have learned new information, such as Trump ordering his White House Counsel to prevent Attorney General Jeff Sessions’ recusal and Mueller’s team looking into whether Trump personally approved a misleading White House statement about Donald Jr.’s meeting with a Russian lawyer at Trump Tower.  Now, with a report from NBC News today that Mueller is under negotiations with President Trump’s attorneys for a formal interview under oath, it seems as if the pace of Russiagate is reaching a new and more aggressive period.

One can only imagine the sheer horror that Trump’s legal team would feel if the president were to agree to give a deposition under penalty of perjury. In case you hadn’t noticed, Trump isn’t the most factual of presidents: he insists his crowd sizes are bigger than they really were; he alleges that a former president illegally tapped his phones during the 2016 campaign; claims that there is a conspiracy theory between senior FBI leadership and Democrats to not only ruin his presidency but overthrow him; remains convinced that the Russians didn’t try to tip the scales of the 2016 election; and talks about New York City as a crime-infested den despite the city having just registered its lowest crime rate since 1951. In other words, this isn’t a president who appreciates accuracy all that much, particularly if it goes against his political narrative and ego.

Exaggerations and falsehoods in politics aren’t anything innovative in politics, but they’re a crime-in-the-making in a courtroom. Once Trump swears on the Bible to “tell the whole truth and nothing but the truth” in front of a grand jury, he is highly exposed to a perjury or obstruction of justice referral for as long as he’s in the chair answering questions from prosecutors. Like any good prosecutor, Mueller and his team would salivate at the chance to trip the president up or ask him deeply probing questions in the hope that he will give a misleading statement. This is how Clinton’s impeachment process began; Ken Starr argued that he could prove Clinton’s duplicity, which was all congressional Republicans needed to begin impeachment hearings. If sitting stoically for over four hours was tough for the savvy and charming Clinton, it would be even tougher for a witness like Trump, who is supposedly quick to anger and as unfiltered one can get.

Being a cooperating witness in any trial requires certain personal characteristics, such patience, prudence under fire, and the self-control to not go beyond the information prosecutors are seeking. Trump doesn’t appear to have those qualities—the guy is an open book.

Robert Mueller is likely banking on, if Trump were to answer questions in a formal deposition, that he would make a mistake. If he can prove beyond a reasonable doubt that Trump’s misleading statement was made in malice and not a memory lapse, he has an opportunity to refer a possible impeachment charge to Congress.

It’s no wonder that Trump’s attorneys are attempting to lobby for other alternatives like a written affidavit that can be prepared and vetted in advance. It’s what any good attorney would do, especially with a client like Donald Trump who has a shaky relationship with the facts.