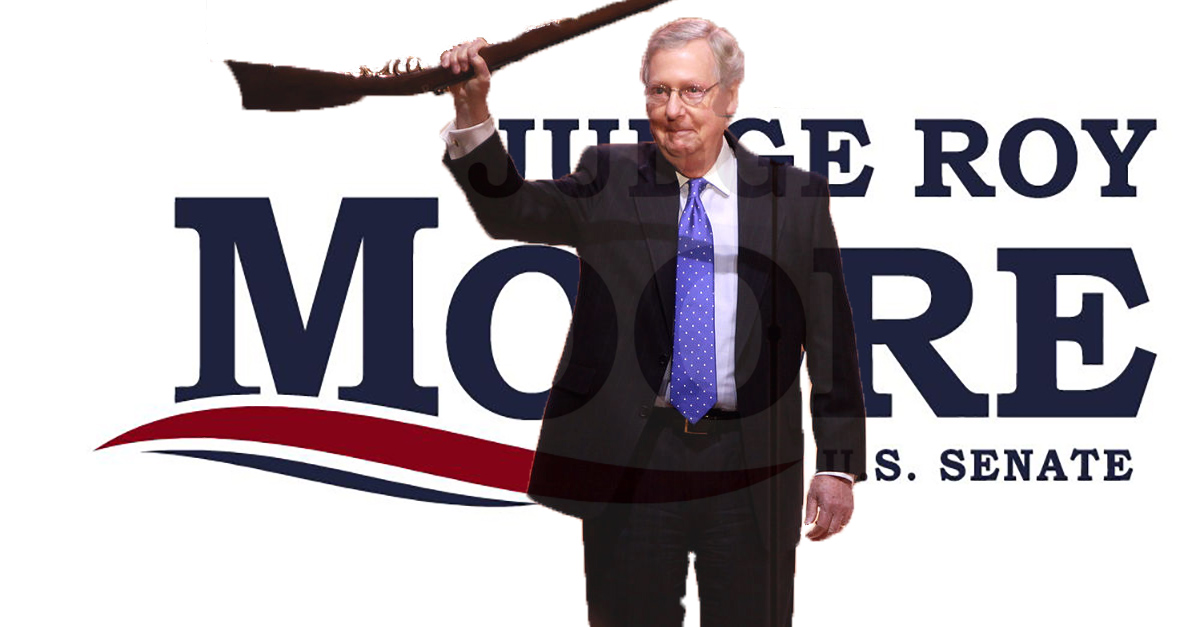 After the McConnell pulled his support from Moore and even suggested a Republican write-in candidate replace the Alabama hopeful, Moore shot back with a fiery tweet:

Then on Thursday afternoon, Moore doubled down with his attacks on McConnell, calling Al Franken’s recent scandal to light and declaring hypocrisy.

Mitch: "Moore must quit immediately or be expelled."

In theory, Moore has nothing to lose. Almost all of the Washington establishment has deserted him, here are a few of the most notable politicians who have pulled their support:

In addition, the National Republican Senatorial Committee, which is one of the groups responsible for getting republicans seats in the upper chamber, released a poll showing Moore losing to Democrat Doug Jones by 12 points. Prior to the allegations coming to light, Moore consistently held a comfortable lead.

Moore’s decision to go to war with McConnell might not bode well for him if he does make it into Washington. The Senate Majority Leader is an extremely meticulous politician who isn’t known to speak off-the-cuff. While other elected officials sometimes chat with reporters in the hallway, it’s just about impossible to get a quote from the Kentucky republican in the hall. Even the rare hallway remark sounds like it came straight from the pens of a communications department. He’s been in the senate since 1985 and spent four years as a whip and if Moore is elected he’ll probably be expected to toe the line.