Roy Moore’s loss is a win for conservatives 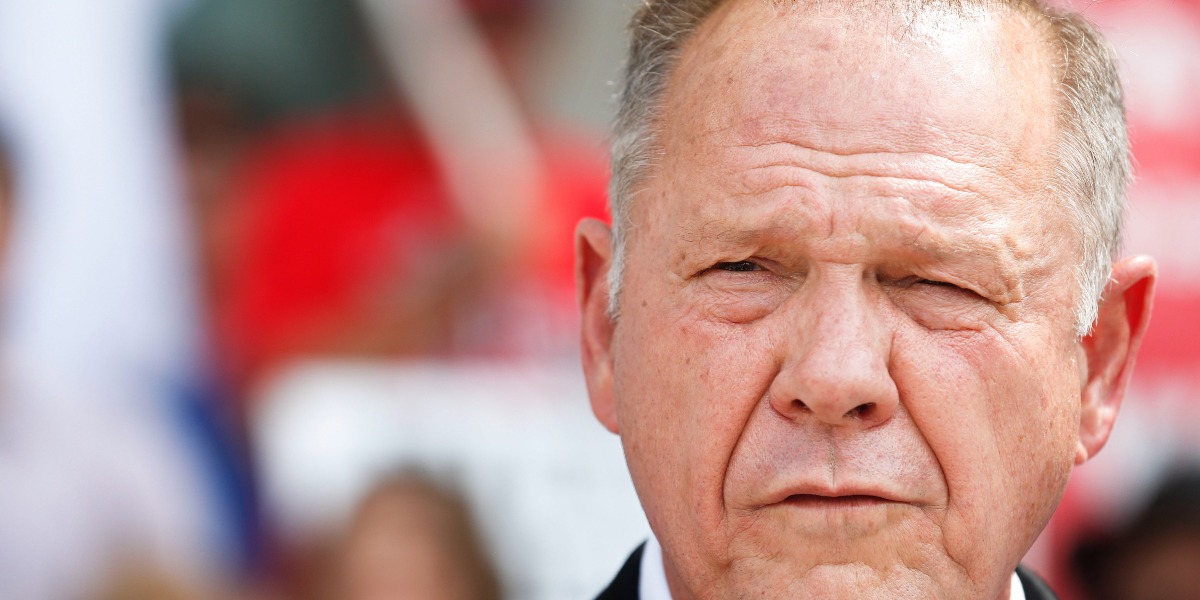 Some conservatives on Wednesday were upset that Republicans would have a slimmer majority and one less vote in the U.S. Senate due to Roy Moore’s loss in the Alabama special election on Tuesday.

This is understandable. It’s also shortsighted.

Many believed Moore was unfit for office because of the multiple women who accused him of sexual harassment and assault when they were between the ages of 14 and 18. I agreed with these critics. For the same reason Senator Al Franken is resigning, Rep. John Conyers is “retiring” and President Donald Trump shouldn’t get a pass, Moore should have never become a U.S. Senator.

But this was true even before the allegations.

Arguably the most day-to-day, functionally problematic problem with Moore was always this: He’s a cartoon caricature of how the left would love to portray all conservatives. Moore helped write a book that said women shouldn’t run for public office. He believes 9/11 was punishment for homosexuality and abortion. He believes gay marriage is worse than slavery. He believes homosexuality should be illegal. He wouldn’t rule out gay men and women being punished by death. He even once said that America would “eliminate many problems” if we got rid of all constitutional amendments past the first ten contained in the Bill of Rights. That would include the constitutional provisions that ended slavery and gave women the right to vote.

Even Donald Trump’s often unfortunate language pales in comparison. Yet Moore has made statements like these throughout his legal and political careers. Does anyone think he would have stopped if he won? Did any conservative really want Moore saying this stuff from the high perch of the U.S. Senate?

I guess that depends on one’s definition of “conservatism.”

In this moment in our politics, for many, being on the right simply means being against things: The Republican establishment; political correctness; the media; Black Lives Matter; immigrants; Muslims; (the list could obviously go on).

Trump won, in large part, because he was “against” the Republican base’s perceived enemies, whether on the left or in their own party. This is also why Moore won the Republican primary.

But is this all conservatism is now? Cherry-picked prejudices and paranoia, fueled by anger and triggered by, well, pretty much anything?  Or does there still exist an American conservatism that represents a more positive agenda? Or an agenda, period?

Something I enjoy in belonging to the libertarian faction within American conservatism (not all libertarians lean right, but many do belong in the conservative camp) is that it emphasizes fundamental principles that go back to Barry Goldwater – strict constitutionalism, dedication to fiscal responsibility and smaller government, and championing individual liberty. These bedrock beliefs combined with an emphasis on social tolerance and a more non-interventionist foreign policy broadly define libertarian conservatism.

Many libertarian-leaning conservatives don’t like the GOP establishment. We too are worried about the excesses of political correctness and are distrustful of the mainstream media. But we also stand for tangible principles, most of them positions conservatives once upon a time could agree on and even prioritized.

Those beliefs are about more than simply being against “the other.”

The most Roy Moore could ever say he stood for was “values,” which is severely undermined by the accusations against him, and he often behaved as if God was his campaign manager. Neither of these represents actual principles. It’s literally “virtue” signaling.

Conservatives should be better.

Progressivism has a political advantage, in that it posits there is a chronological trajectory for the betterment of man that can be achieved mostly through government dictate and central planning. In many important and historic cases, this has been true, with the end of slavery, women’s suffrage, and civil rights advancements being prime examples.

Actual conservatives do not want to rollback such important societal accomplishments. Nor should we ever be perceived as wanting to return to darker times. But conservatives should offer an alternative to progressivism that demonstrates how maximizing individual liberty and decreasing the role of government in our lives can make society better.

Now that would be a real political debate. We could explain what we actually believe and why others should believe it too. To succeed, conservatism must be appealing.

There was nothing positive or attractive about Roy Moore. He would have been a disaster from day one.

Alabama did conservatives a favor on Tuesday.