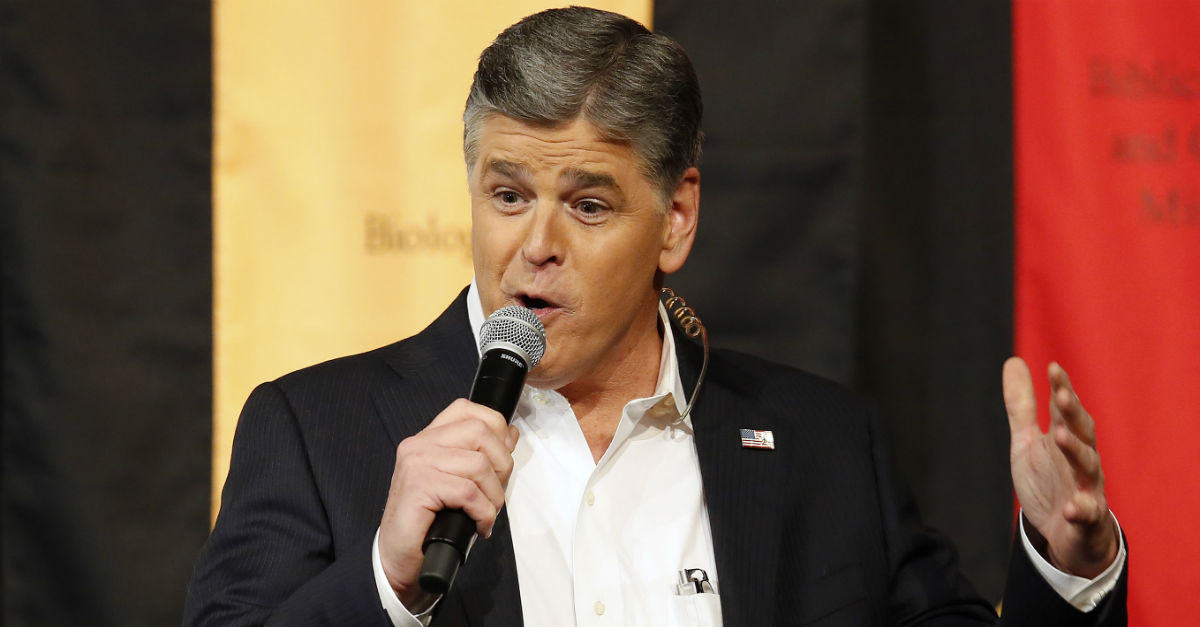 Keurig machines are the wasteful, overpriced answer to the most first-world of questions: “What if I absolutely cannot bear to wait more than 30 seconds for a cup of coffee in my place of work or residence?”

They are also the newest target of Fox News host Sean Hannity’s inarticulate rage, as Keurig is one of several companies that decided to pull their advertising from Hannity’s show over his interview with and broader coverage of Roy Moore, the Alabama Senate candidate accused of sexual misconduct toward teenage girls as young as 14 when he was in his 30s.

Now, it is certainly debatable whether Moore is guilty, and whether Hannity truly did not mean to suggest a sexual encounter between an eighth-grader and a 32-year-old district attorney could be consensual.

I’ve reread “To Kill a Mockingbird” enough to be wary of prematurely convicting people in the court of public opinion and unfairly dragging their reputations through the mud ? though in this case, as Republican Sens. Tim Scott (S.C.) and Pat Toomey (Pa.) put it Sunday, Moore’s “denial was not as strong as the allegations” leveled against him in the Washington Post’s report citing more than 30 sources. Also telling, for me, is Moore’s weirdly imprecise language in conversation with Hannity about the accusations, as well as his comment about getting the permission of his dates’ mothers, something that usually doesn’t happen when you date actual adults.

But whether you find the allegations against Moore credible or not, it shouldn’t be hard to see why companies wouldn’t want to be tied to anything that even hints at downplaying accusations of pedophilia.

Seriously, you don’t need to be a public relations expert to see the rationale here. Any sensible business owner invited by customers to publicly disavow child molestation is obviously going to do so. (As Keurig’s CEO said in an email to employees, the goal is to “protect [the company’s] brand from objectionable content.”)

So back to Hannity and the #BoycottKeurig hashtag his supporters have launched. Hannity himself is doing a giveaway of different coffee machines:

Deplorable friends, I am buying 500 coffee makers tomorrow to give away!! Details on radio and TV. Hint; best videos!!

And some Hannity fans are smashing their Keurig machines, an activity Hannity has encouraged:

I pulled an "Office Space" with my Keurig… Would be a shame if everyone else joined me in the Keurig Smash Challenge #BoycottKeurig #IStandWithHannity #SundayMorning pic.twitter.com/yEADeRC006

This is stupid. It’s outrage for the sake of outrage. It’s not a meaningful political statement. It’s not persuading anyone of anything valuable. It’s not encouraging the pursuit of truth and justice in this situation for Moore or his accusers.

Keurig’s reasoning here is clearly not about politics, as Hannity’s fans seem to believe. Think about it: Sean Hannity has not exactly been vague about his political opinions prior to this week. Keurig knew full well what Hannity advocates and what politicians he supports when it chose to advertise with him in the first place. Keurig’s management did not wake up a couple days ago and go, “What?! Sean Hannity likes Donald Trump? Sean Hannity is a Republican? I guess we can’t fund his show anymore!”

It is not difficult to understand what’s going on here. Only willful obliviousness can explain the refusal of Hannity and his fans to see why Keurig might not wish to be linked to Hannity’s show after the host asked Moore softball questions like, “Last thought on the establishment Republicans, you think they’re partly involved in this?” (as if the source of the accusations is the real issue here) while downplaying the significance of 32-year-old Moore allegedly dating teens half his age because the “age of consent in Alabama [is] 16.”

I’m all for getting rid of Keurigs on their own (lack of) merit, but this boycott is organized in bad faith and foolishness. The only clear winner here is Starbucks.