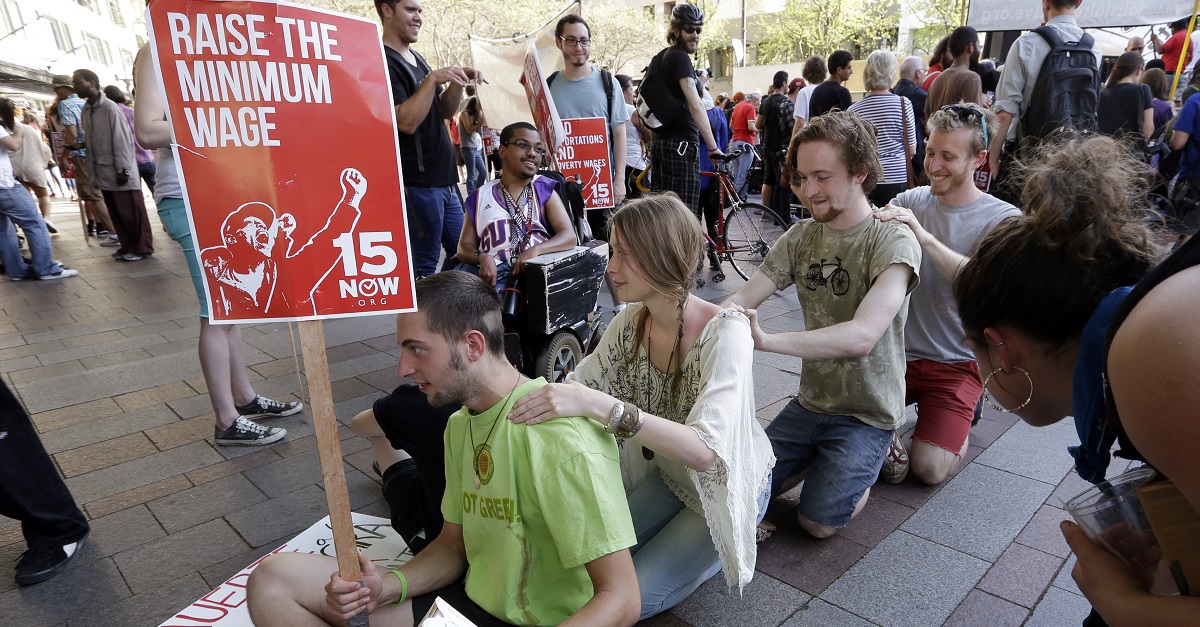 Many progressive activists have been pushing to increase the minimum wage from $7.25 an hour to $15 an hour. Some cities have already been working to do just that.

One of the first is Seattle.

Seattle currently has the nation’s highest minimum wage at $13 an hour. The wage was set in January 2016 when the wage went up from $11 an hour.

Researchers at the University of Washington have studied the wage increase and have concluded that the new law resulted in both less hours worked and less take home pay.

In January 2016, Seattle’s minimum wage jumped from $11 an hour to $13 for large employers, the second big increase in less than a year. New research released Monday by a team of economists at the University of Washington suggests the wage hike may have come at a significant cost: The increase led to steep declines in employment for low-wage workers, and a drop in hours for those who kept their jobs. Crucially, the negative impact of lost jobs and hours more than offset the benefits of higher wages — on average, low-wage workers earned $125 per month less because of the higher wage, a small but significant decline.

“The goal of this policy was to deliver higher incomes to people who were struggling to make ends meet in the city,” said Jacob Vigdor, a University of Washington economist who was one of the study’s authors. “You’ve got to watch out because at some point you run the risk of harming the people you set out to help.”

This is common sense and should be of no surprise to anyone who has basic knowledge of how to run a business. The largest expense in most businesses is labor costs. If those labor costs exceed a certain amount, the business is going to seek to reduce those costs. Businesses don’t exist as charities. They exist solely to make money for their owners.

Seattle’s minimum wage is also resulting in restaurant closures in the city. According to the American Enterprise Institute, increasing the minimum wage from $9.32 to $15 an hour is the same as placing a $11,360 annual tax per employee on the restaurant. Most restaurants operate on slim profit margins as low as 5 percent in some instances. A 61 percent increase in labor costs is a deathblow for many restaurants.

RELATED: The Senate health bill contains the biggest bailout of the insurers since, well, Obamacare

The ones who will be hurt the most are those who are the least skilled, including the most disadvantaged such as inner city youth and immigrants. It becomes too expensive for employers to take their chances on those unskilled employees because they are being forced to pay more than what their labor is worth.

There are far less destructive ways to help low-wage workers than raising the minimum wage to $15 an hour. Let’s try those instead of making things worse for them.