Sorry Republicans, this is not the Obamacare repeal we were promised 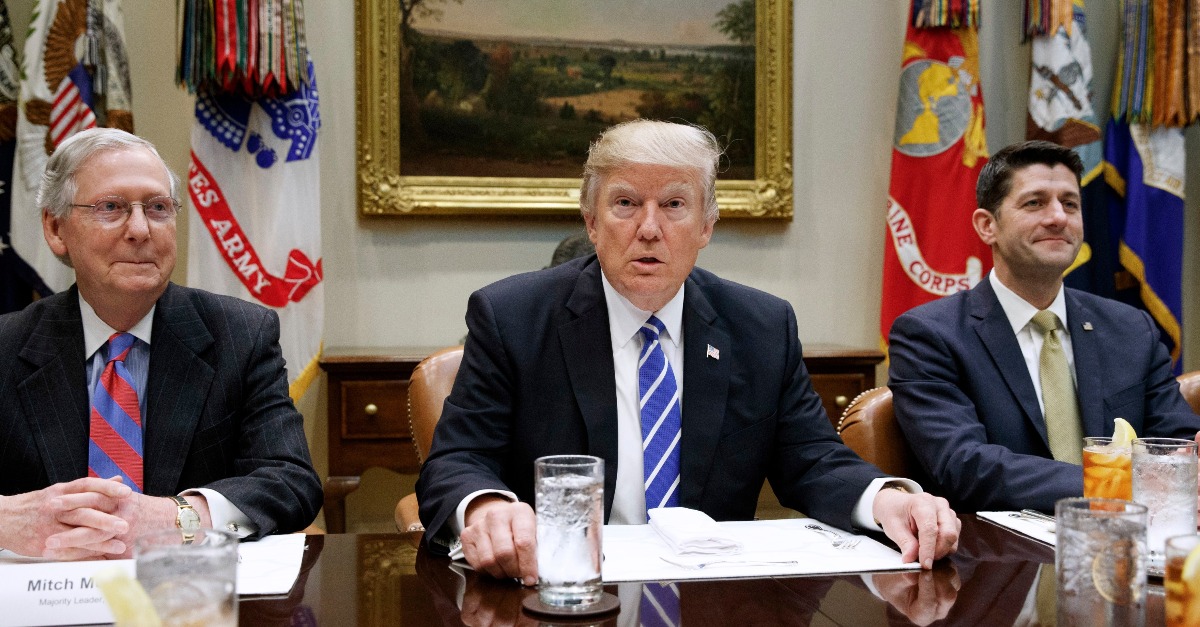 The latest Republican healthcare legislation overhaul attempt begs the question whether any bill to alter Obamacare, no matter how minuscule the changes, is better than nothing at all.

A bill proposed by Sens. Lindsey Graham, Bill Cassidy, Dean Heller and Ron Johnson would repeal Obamacare’s individual and employer mandates. The Graham-Cassidy bill caps Medicaid spending and redistributes that money and the funds set aside for Obamacare exchanges to the states in the form of block grants. The bill offers states partial waivers if they agree to federal subsidies through a new $1.2 trillion grant program.

Sept. 30 is the last day repeal can be passed via the budget reconciliation process. It remains to be seen if Graham-Cassidy has a chance, as many proclaimed the repeal effort dead after the Senate’s last failed attempt. President Donald Trump tweeted his support Wednesday morning: ?I hope Republican Senators will vote for Graham-Cassidy and fulfill their promise to Repeal & Replace ObamaCare. Money direct to States!?

Graham-Cassidy retains many of the Obamacare mandates and regulations which have driven the cost of healthcare through the roof. While wages have remained stagnant for years, healthcare costs skyrocketed, accounting for 17.8 percent of GDP in 2015 or a whopping $9,990 per person. Hospital, physician, prescription costs, clinical expenditures and insurance premiums have all soared — and the federal government is left paying the largest chunk of healthcare costs  (28.7 percent). The U.S. is set up for a $700 billion deficit next year and currently is $20 trillion in debt and the Congressional Budget Office (CBO) will not have time to finish scoring Graham-Cassidy before a vote. But simply changing the location of disbursements from the federal government to states does not address the root of the problem: skyrocketing healthcare costs and out-of-control government spending.

In an op-ed eviscerating the Graham-Cassidy bill, Sen. Rand Paul, R-Ky., wrote that it amounts to saying ?if you like your ObamaCare, you can keep it.

Repealing Obamacare ?root and branch,? as the GOP vowed to do, could have saved the federal government at least a trillion dollars in spending over 10 years; it would have reduced the debt and deficits by at least $300 billion. Graham-Cassidy is a compromise which might win over the support of the three Republicans who voted against the Senate?s last repeal effort, but one thing remains clear: it is not a free-market solution. It accepts the premises of Obamacare and retains the perverse incentives to participate in the federal program — accelerating our trip over the fiscal cliff.

When Republicans argue around the margins of Obamacare, accepting at the outset that the federal government has to provide healthcare for every American and agonize over which states receive how much, they are fighting a battle they have already lost. Obama succeeded in ?fundamentally?transforming America and now Congress squabbles over federal subsidy scraps.

Graham-Cassidy is not the repeal the American people were promised.