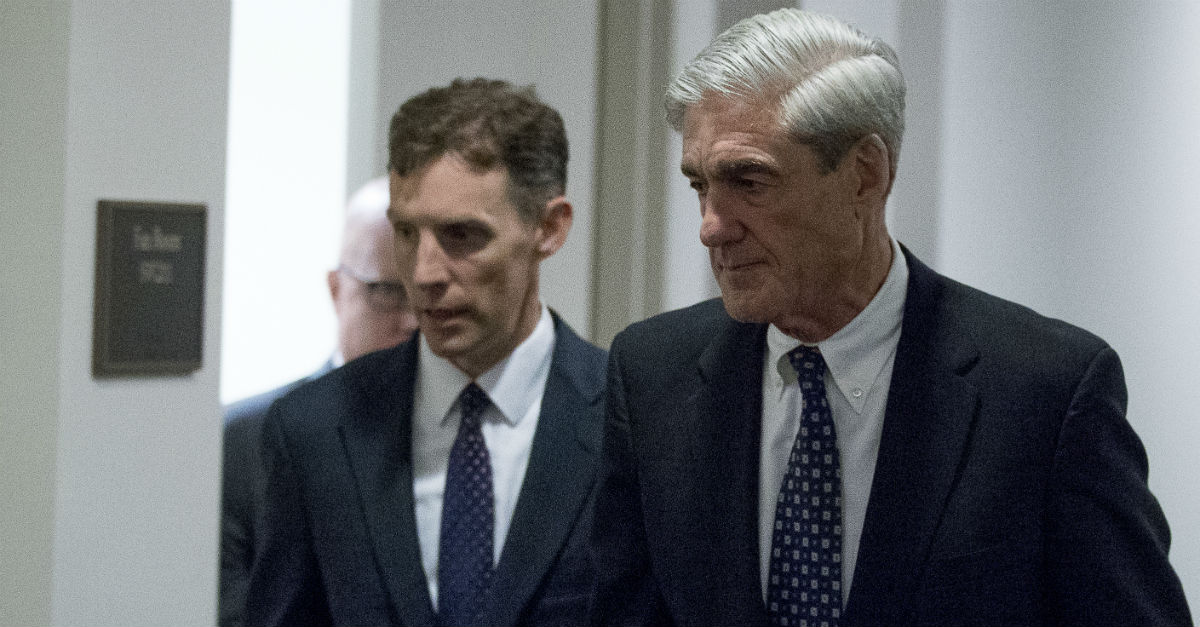 On Friday, special counsel Robert Mueller nailed down former President Donald Trump adviser Michael Flynn, but on Saturday, it was Mueller’s team that came under scrutiny as news broke that he ousted a top man from his investigation after partisan text messages came to light.

The investigator, F.B.I. agent Peter Strzok, is described as a top-notch counterintelligence expert. The New York Times reports that he previously worked on the investigation into Hillary Clinton’s email account and a string of other high profile assignments. But Strzok was reassigned when allegations arose that he sent pro-Clinton text messages. A spokesperson for the special counsel’s office said, “Immediately upon learning of the allegations, the special counsel’s office removed Peter Strzok from the investigation.”

Reports that Strzok was booted from the team first broke over the summer, but before Saturday, we didn’t know the reason for his removal. We still don’t know the exact language of the text messages, which is pretty much par for the course for Mueller’s team. His tight-knit squad has somehow been able to keep out leaks–most of the time we don’t even learn who investigators interviewed until months after the interviews occurred.

The investigation into Strzok was lead by the Department of Justice’s Inspector General Michael Horowitz, a Harvard-educated lawyer who was appointed to the post in 2012. His department was looking into the behavior of government agents during the 2016 election when they discovered the texts.

The agents on Mueller’s team initially drew scrutiny when FEC filings showed that a number of his men made financial donations almost exclusively to Democrats, per CNN.  But Mueller is one of the most respected men in the district and a lifelong government official with a history of non-partisanship.

President Donald Trump has flirted with the notion of firing Mueller, but he hasn’t yet mailed any pink slips to the nondescript southwest Washington office building where the special counsel holds court. Since Michael Flynn has entered a guilty plea and the probe has at least one Trump associate on the ropes, the optics of dismissing Mueller would set off a political firestorm in Washington. But, the president has been vocal on Twitter where he refers to the probe as a “Witch Hunt.”

My son Donald did a good job last night. He was open, transparent and innocent. This is the greatest Witch Hunt in political history. Sad!

Through conversations with people who had the displeasure of being caught in Mueller’s searchlight, The Washington Post was able to piece together a rough picture of what it’s like inside. Witnesses are ushered into “a windowless conference room” and interviewed by two or three man teams of FBI agents. During the more important lines of questioning, Mueller himself is present and sits silently in a corner.

One witness, who was interviewed in October, told the Post, “I didn’t get the sense they had anything incriminating on the president. Nor were they anywhere close to done.” Among the Trump aides interviewed are Sean Spicer, Jared Kushner and Reince Priebus. A number of witnesses told the Post that they were surprised by the number of times Kushner came into the conversation and, on Friday, Bloomberg reported that Michael Flynn turned on Kushner in order to strike a valuable plea deal with federal prosecutors.

After this piece was published, The Washington Post reported that Strzok was pulled from the team following the discovery messages exchanged between Strzok and FBI lawyer Lisa Page. Strzok and Page were allegedly having an affair, and people familiar with the situation stressed to the Post that while there was nothing professionally wrong with the affair, the messages they exchanged resulted in Strzok’s reassignment. A Trump administration official who interacted with Strzok told the Post that he never sensed any political bias from the agent, saying, “The country is tearing itself apart, and men like Pete Strzok are victims. The enemy is better off with him sidelined.”