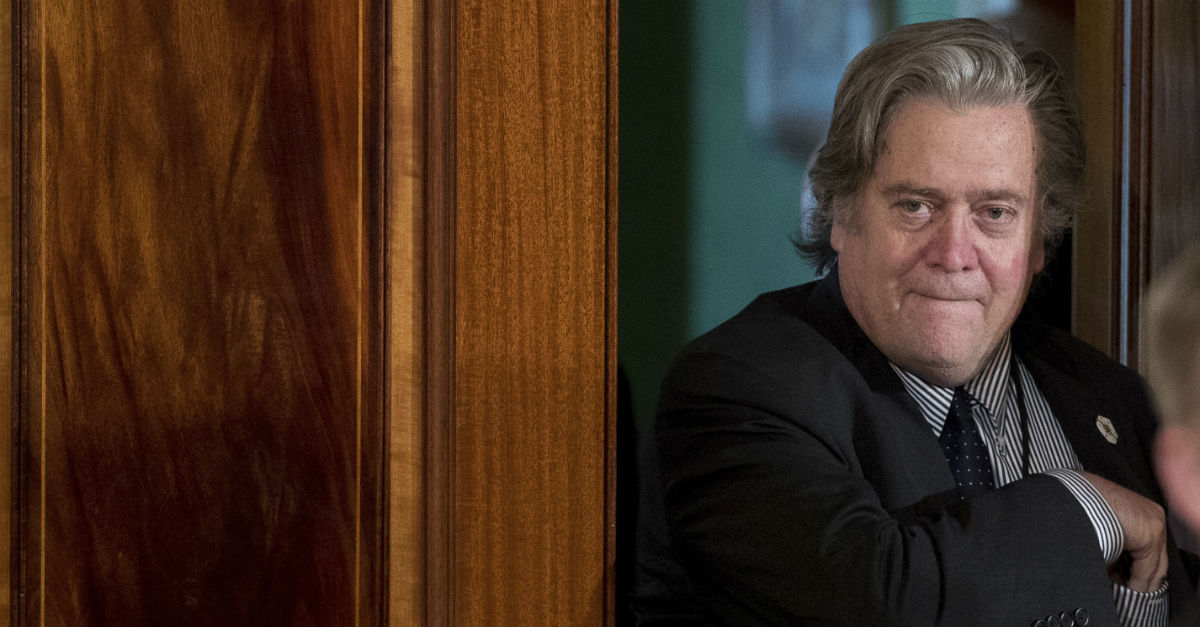 Steve Bannon, formerly of the right-wing website Breitbart, was deemed a “shadow president” when he first entered Trump’s White House as chief strategist. Attacks on the president’s trusted right-hand man have intensified in recent weeks. In an interview on Wednesday, Bannon didn’t hesitate to speak his mind on several current events.

Bannon called Robert Kuttner, a co-founder of The American Prospect, and made a handful of interesting remarks:

Kuttner noted that Bannon never asked for the call to be off-the-record (when talking to a reporter, the default setting is generally on-the-record). Kuttner also pointed out “Steve Bannon is not exactly Bambi when it comes to dealing with the press. He’s probably the most media-savvy person in America.”

The interview, which temporarily crashed The American Prospect, has now lead to further criticism of Bannon. Attacks on Bannon continued on Thursday morning, shading his already questionable security in the White House. “Drudge Report,” another right-wing media site that has led an attack on Bannon ran the headline “total eclipse of Steve Bannon.”

RELATED: Would it be a bad move for Donald Trump to oust Steve Bannon?

Bannon reportedly “told friends that he did not believe his conversation was on-the-record interview,” the New York Times reports. However, the former media leader did manage to spin the interview with the Daily Mail, telling the website that his remarks “drew fire away from POTUS” and that he “successfully changed the [media] narrative.”

Jonathan Swan of Axios, who has reported extensively on Bannon remarked on Wednesday night “you might read some takes tomorrow saying Bannon is playing 5D chess & this was part of a devious strategy. Those takes will be wrong.”