Taxpayers will end up paying over $100 million for the inauguration — but why should we? 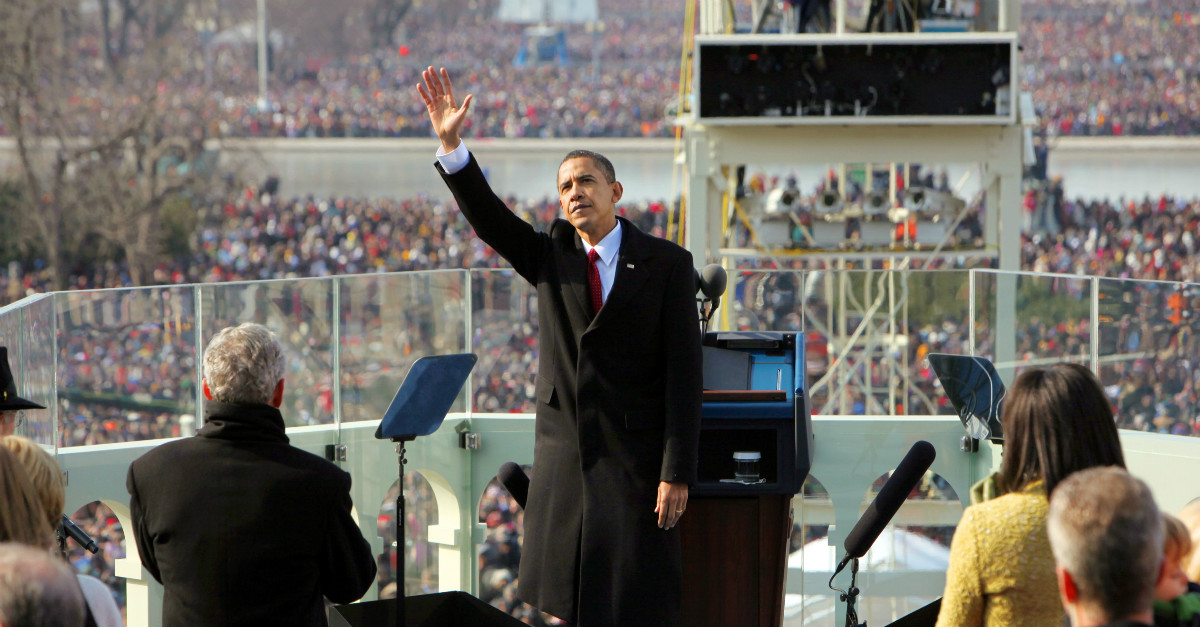 According to the Washington Post and FactCheck.org, this month’s inauguration is likely to cost somewhere between $175 and $200 million. Some of that will be paid through privately-raised funds, but the final bill for taxpayers will end up being well in excess of $100 million. In 2005, for example, George W. Bush’s inauguration cost government agencies ? and thus, the taxpayer ? more than $115 million. 12 years later, the bill’s going to be even bigger.

($100 million is nearly half the annual tax revenue taken in by many mid-size American cities.)

RELATED: On commutations and pardons ? go big before you go home, President Obama

The event, of course, has no actual legal or service-oriented function beyond the necessity of swearing in a new president. The inauguration could easily take place with a handful of personnel inside the Capitol with live television to provide a view for those who care to view it. Even if one accepts that the U.S. government is competent at providing amenities such as national security and reliable infrastructure ? both debatable assertions ? it cannot be claimed that the inauguration and its related rituals are necessary to perform these functions.

Such an event does not require a parade or the countless galas and parties designed to enrich politicians and provide additional access to wealthy well-connected interest groups.

All of that, of course, requires extensive security, traffic enforcement and the usual mopping up of revelers and other hangers on who get excited by large political events.

Ordinary taxpayers, however ? most of whom will have to go to their regular jobs and work to keep federal politicians and agents comfortably ensconced in their D.C. offices ? won’t have the opportunity to “party” with the chief beneficiaries of the events.

Indeed, the whole event serves nothing more than a propaganda function for the federal government. The events are designed to mimic the rituals of the monarchies of the past in which the presence of many important people, opulent furnishings, government security personnel and fancy buildings send the message that the new president is somehow superhuman and above the daily lives of ordinary people.

These sorts of events are then reinforced constantly by the presence of other rituals and artifacts designed to elevate politicians above the taxpayers. Among these are demands that people “all rise” when government judges enter the room, or the pomp of state dinners conducted at the White House. There are the ceremonial maces of the legislatures and the academic robes of the taxpayer-funded universities ? meant to solemnly evoke the philosopher sages of old. The taxpayer funded Air Force One is another example. “Air Force One” is really a small fleet of planes including cargo planes to supply the President with his every need in every corner of the globe. Air Force One is essentially a traveling luxury suite that is more often than not used to engage in fundraising and other political functions.

You’re paying for all of it.

But that’s all OK, we’re told, because it stimulates the local economy. The Washington Post reminds us:

Regardless of who is sworn in as president, inaugurations are a huge boost for the local economy. Between hotels, restaurants, caterers, limo companies and more, the celebration is expected to bring several hundred million dollars to the Washington region, although exact revenue numbers aren?t available, according to Destination DC, the city?s official convention and tourism arm.

The fact that this largely represents a wealth transfer from taxpayers to merchants in Washington, D.C., appears to trouble no one.

So, while you are sitting in your cubicle on Inauguration Day this year, just remember you should be happy to be working so hard to fund the next big party in D.C. Lobbyists, politicians and media personalities are depending on you.

Ryan McMaken is the Economics Editor and Communications Director at the Mises Institute, where this originally appeared. Follow him on Twitter @ryanmcmaken