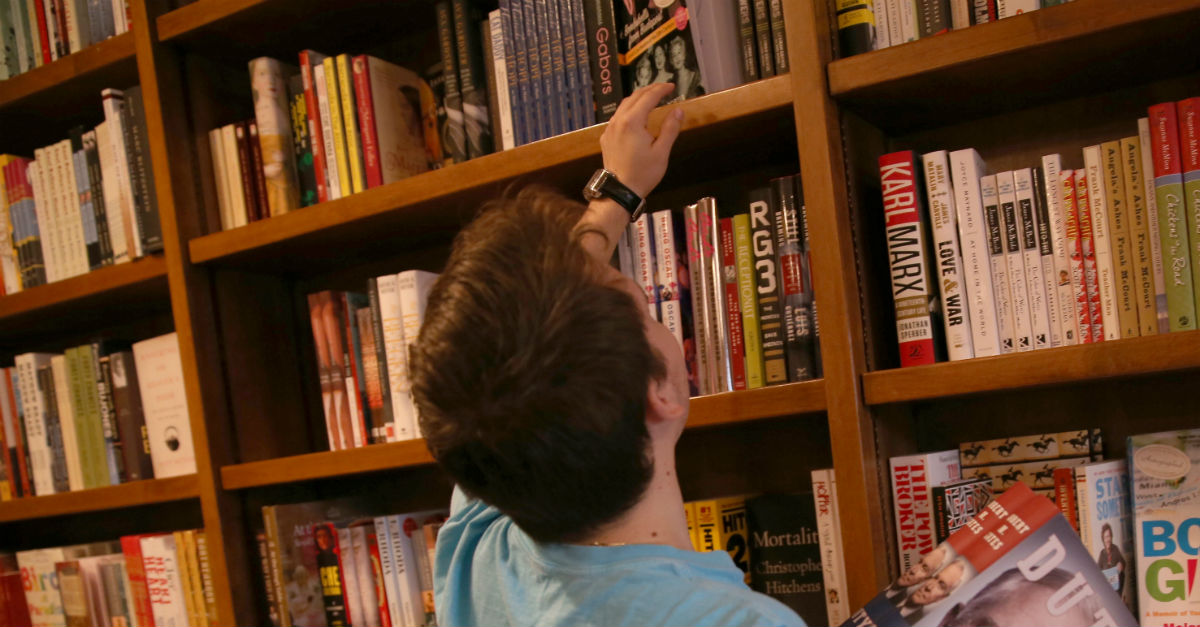 The term “political book” often conjures images of mind-numbingly boring policy treatises like those churned out by just about every presidential candidate in the months before they make the stab at the Oval Office. The only people who read those texts are the stuffy journalists who nerd out on that kind of stuff.

RELATED: Florida man reportedly stole a sick ride when the hospital wait time got too long

Thankfully, there are a few good scribblers who wrote about the political machine in an enjoyable fashion. These books probably won’t teach you much about the differing opinions on East Asian policy or even the process of confirming a Cabinet candidate. But they’re good books dammit.

“Political Fictions” is a collection of pieces by Joan Didion, one of the best writers above ground today. The text was published in 2001, and in it, she writes about a number of races, most notably the ’92 election between Bill Clinton and Bush the Elder. She also chronicles the manner in which Washington reporters and D.C. elbow-rubbers spice up the political machine. It’s a bit uncomfortable at times, as Didion strips Washington of its shiny dress, but it will undoubtedly be recorded in history as one of the greatest political books from the turn of the millennium.

“Fear and Loathing: On the Campaign Trail ’72”  – Hunter S. Thompson

Hunter’s catalog of the ’72 race between Richard Nixon and George McGovern is a classic that every political reporter has read. The “Gonzo” journalist follows the Democratic candidates as they vie for the White House. Eventually, McGovern is victorious in the primary, and Thompson’s coverage of the “Eagleton affair” is the author at his most pure. “Fear and Loathing ’72” isn’t really “journalism” in the fairest sense of the word, as Thompson regularly exaggerates and speculates, and he makes no effort to hide his rancor for Richard Nixon.

“The Boys on the Bus” – Timothy Crouse

“The Boys on the Bus” dates from the same race as Thompson’s election classic. In fact, Crouse, like Thompson, was covering the ’72 race for Rolling Stone. Similar to Didion, Crouse strips the political system bare, but his product is more hilarious than terrifying. The “boys” in the title are the reporters embedded on the campaign trail, who drink and write with a gusto only found in the young and hungry. It’s a bit of an “Animal House”-meets-politics, but it’s a seminal work and has those of us who missed that era pining for the bygone days before Twitter and Trump.

“All the President’s Men” – Bob Woodward and Carl Bernstein

The most famous Washington reporting story of all time unfolded in the Nixon era at the city’s hometown paper, The Washington Post. “All the President’s Men” reads like a spy novel, and though we know how it all turns out, it’s absolutely captivating to watch Woodward and Bernstein in action. The duo have that young hunger that overtakes the best reporters when they sniff a story, and if you’ve only seen the film, you really owe it to yourself to read the book.

Mark Leibovich’s book is the most recent text on this list, having been published in 2013. Leibovich writes about the glamour of the district with the knowledge that only an insider can provide. He was also lucky enough to find himself in the swamp when the internet was changing politics through Facebook, Twitter and, of course, the arrival of Politico. It seems a bit swanky at times, and he writes about the city with a loving distaste, but you can’t help but wish you were at one of those Georgetown cocktail parties.