The Democrats were the sole and unequivocal losers of the shutdown 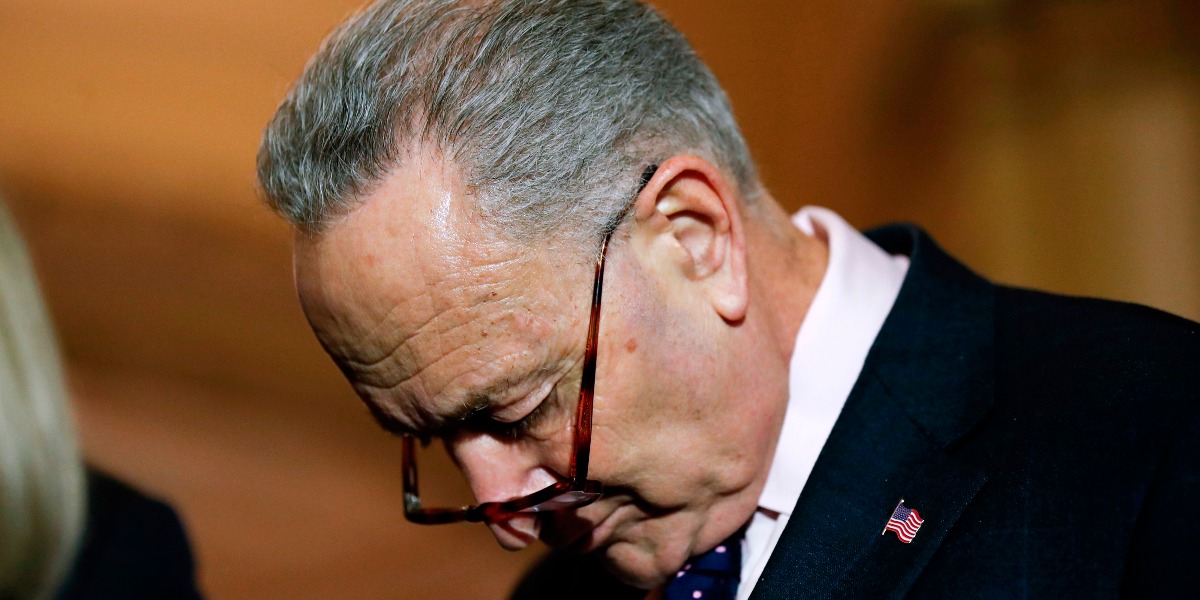 When Senate Majority Leader Mitch McConnell and Minority Leader Chuck Schumer announced a deal on the Senate floor to reopen the government after a three-day hiatus, there was an audible gasp of relief from lawmakers across Capitol Hill that the standoff was finally over. The big dogs in the Senate, it seemed, were finally tossing the partisan nonsense aside in favor of a solution – one that would get hundreds of thousands of federal employees back to work.

Democrats in Washington will predictably try to spin this result as a win for the party; Democrats, they argue, held together until McConnell relented to their demands and promised to bring an immigration bill to the floor in short order. But it’s called “spin” for a reason – it obstructs the truth about what really happened.

Here’s the truth: the Democrats were the sole and unequivocal losers of this shutdown, with very little to show for their efforts.

RARE POV: The government shutdown reminds us that everyone in Washington is a hypocrite

After going through the games of twice blocking a short-term spending bill to keep the government open for another four weeks, what exactly did the Senate Democratic conference accomplish other than an oral commitment from McConnell to bring up DACA legislation that Senate Republicans were already intent on bringing up before early March? In effect, Senate Democrats created a government shutdown to push for permanent legal protections for Dreamers, only to drop those demands entirely and go back to the pre-shutdown status-quo. The 700,000 or so Dreamers are still in limbo, immigration reform is still nowhere in sight, and we still don’t have an agreement on a longer-term appropriations bill.

For Schumer, a wily and experienced legislator and a Washington insider, the three-day shutdown is a personal defeat in an otherwise distinguished career. He pushed his party over a cliff, hoping that he could hold his fellow Democrats together and use the pressure that would build on President Trump and congressional Republicans to attach a DACA solution to a bill that would reopen the government. It was always a dicey strategy, not least because this is a midterm election year and many red state Democrats hoping to keep their seats in November were never especially happy with being portrayed as holding the government hostage for illegal immigrants. And that’s precisely how Republicans on Capitol Hill sought to market the shutdown – as a manufactured crisis by a bunch of out-of-touch, coastal elites who care more about helping people in the country illegally than their own constituents.

In the end, Schumer’s strategy broke apart for a number of reasons: Republicans, for once, were united behind their congressional leaders; shutdowns in general are incredibly unpopular with the American people; and President Trump kept quiet during most of the negotiations, silence that maintained the spotlight on the Democrats’ behavior rather than on Trump’s mouth or Twitter account. The more time passed without a deal to bring the lights back on, the more difficult it would be for Schumer to justify shutting Washington down for an unrelated issue that had nothing to do with government funding.

Republicans, for the first time in modern political history, have actually won a shutdown battle. McConnell is grinning ear to ear, and Schumer is left trying to explain to progressives in his conference and immigration advocates campaigning for a DACA solution why this saga was all worth it.  It’s a dynamic former Speaker John Boehner, now comfortably in retirement, could have only dreamed of when he was presiding over internal fractures within the GOP.