The filibuster is worth protecting from Chuck Schumer 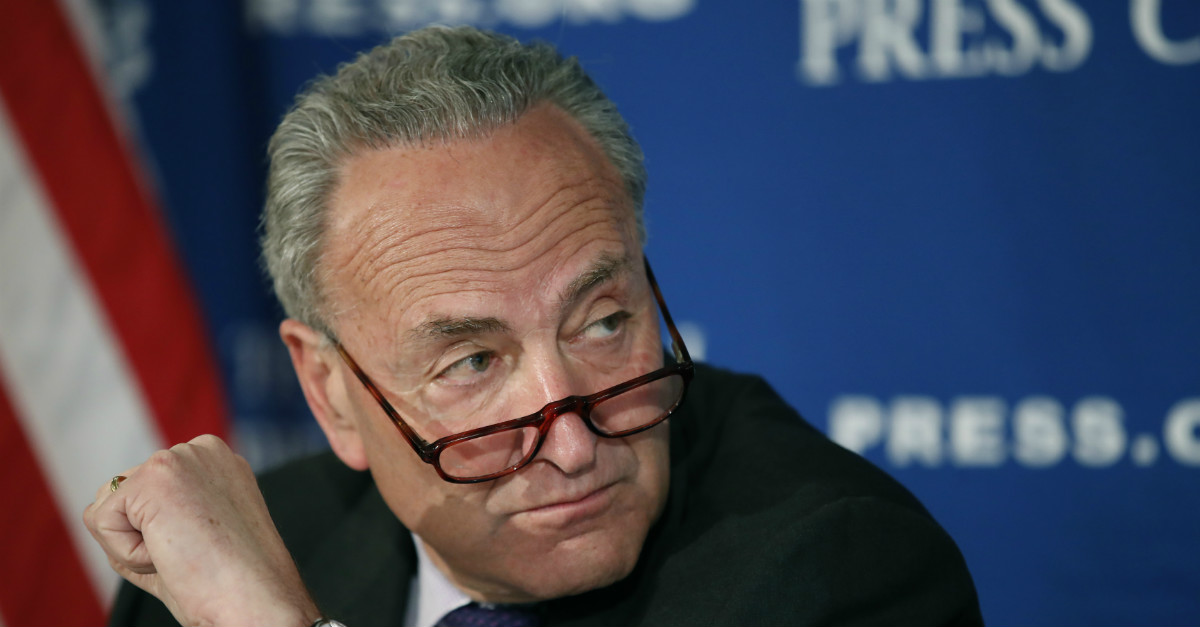 Judge Neil Gorsuch of the Tenth Circuit Court of Appeals—that mild-mannered, conservative jurist—may go down in history as the man who broke the United States Senate.

Well, that’s not entirely accurate. Gorsuch isn’t responsible for the calamity that “the world’s greatest deliberative body” is currently drifting toward. That honor goes to Senate Majority Leader Mitch McConnell, who essentially said (without saying it) that he would change the Senate’s procedures in order to get Gorsuch confirmed to the Supreme Court. And Senate Minority Leader Chuck Schumer will also have a hand in the decision; his vote whipping skills and political talent in keeping Senate Democrats together means the only way Republicans will be able to confirm Gorsuch is by nuking the filibuster for Supreme Court nominees.

Whoever is at fault here is beside the point. More important is that the Senate’s reputation as a place where the minority party has power to force compromise from the majority is likely to take a hit by the end of the week. The filibuster, the tool that makes the Senate the Senate and a legislative tactic that senators have used for centuries (the first filibuster occurred in 1837), is only a few steps away from extinction.

For many Americans, eliminating the filibuster would be something to celebrate, not mourn. The more filibusters the Senate mounts, the less productive the entire Congress becomes. Indeed, levying the filibuster to stop a bill or a nomination has gone from something that’s used in extraordinary circumstances to the normal cost of doing business. Everything besides the budget requires 60 senators to move to a final up-or-down vote—and before Democrats removed the 60-vote threshold for executive and judicial branch nominees (with the exception of the Supreme Court) in 2013, it was impossible to get much of anything through the Senate without at least a little bipartisan support.

Get rid of the filibuster entirely, and you will get more bills on the president’s desk. Unfortunately, you will also see more extreme provisions from both Republicans and Democrats. Radical jurists will be more easily confirmed to the highest court in the land. The majority will no longer need to worry about attaining bipartisan cooperation on anything.

If you think Washington is a mess today, picture a single party controlling the White House and both houses of Congress, passing and signing bills with little to no check on their power other than a cautious court system that picks and chooses the cases it hears. In effect, America would have tyranny of the majority, and those who aren’t in that majority could do nothing but live with it.

RELATED: Harry Reid wants to kill the filibuster on SCOTUS nominees — he should be ignored

Assuming that the nuclear option is invoked this week for Gorsuch, it will only take one more move by a majority leader to finish off the filibuster for good. As Senator Pat Roberts told the Associated Press, “Once you go down this path it’s awful easy just to keep going, and that is not a good thing.”

If Republicans and Democrats want the Senate to remain a deliberative body, they should pledge to each other in writing that this is the last time the nuclear option will be used. From now on, the filibuster is off limits. And if the temptation to eliminate it is too great in the future, Republican and Democratic lawmakers should seriously consider elevating the filibuster from an informal Senate rule that can be tossed aside at the majority’s convenience to something more institutional and irrevocable.

Affording the minority party the right to influence the debate is a hallmark of our democracy and a principle the Founders espoused in the Federalist Papers. Let’s not cause them to roll over in their graves and wonder what happened to the political system that they established over two and a half centuries ago.