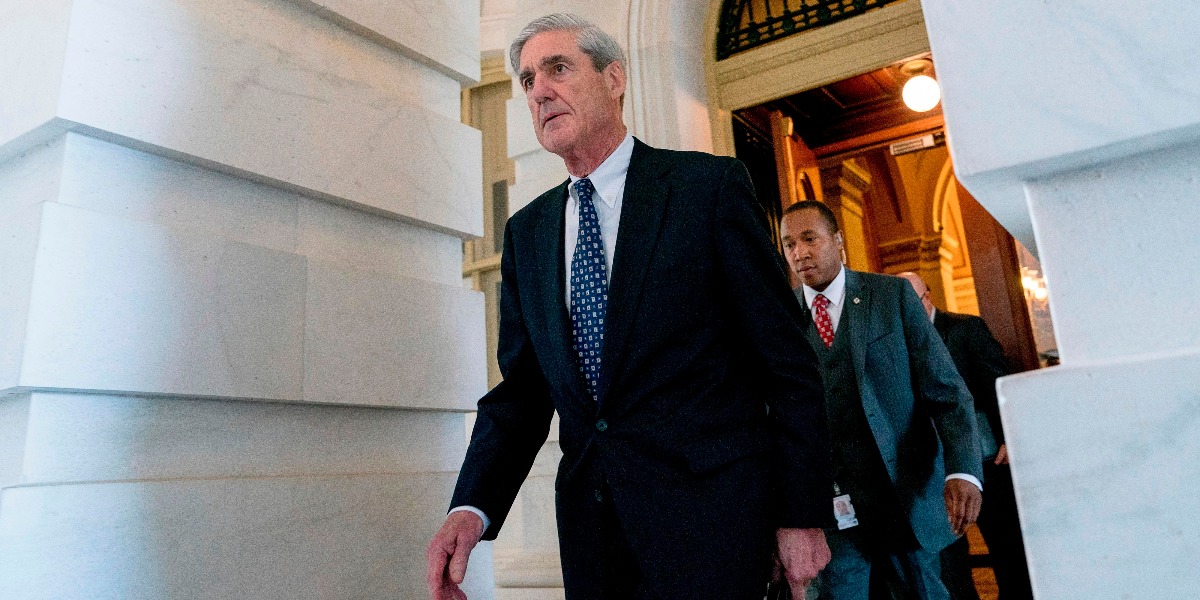 AP Photo/Andrew Harnik
In this June 21, 2017 photo, Special Counsel Robert Mueller departs Capitol Hill following a closed door meeting in Washington. Mueller's team of investigators is in possession of a letter drafted by President Donald Trump and an aide, but never sent, that lays out a rationale for firing FBI Director James Comey, according to a person familiar with the investigation. (AP Photo/Andrew Harnik)

Were it not for the scruples of White House Counsel Donald F. McGahn II, whose threat of resigning reportedly brought Trump back from the brink of a political crisis, Americans would have woken up to that headline across the front pages of their newspapers. Mueller may have been back at his old law firm already. Indeed, were it not for a single White House lawyer, the country would have gone through its worst constitutional crisis since the days of Richard Nixon and Watergate. The firing of the special counsel, coming a month after Trump fired FBI Director James Comey, may have even swayed enough moderate and institutionalist Republicans on Capitol Hill to begin exploring an impeachment inquiry.

Fortunately for the country, the Republican Party, and the president himself, Trump pulled back at the last moment.

For the purposes of Mueller’s obstruction of justice case, however, the mere attempt of Trump ordering the special counsel’s termination may be all the evidence the special counsel needs. Last night’s reporting from the New York Times is one more piece in a puzzle that is really taking the form of obstruction, even to the layman like me.

It’s not an easy task for a prosecutor to prove an obstruction charge. According to the U.S. Criminal Code, one needs to show corrupt intent behind the act. For example, was the act motivated by an intent to block investigators from acquiring evidence, lead prosecutors down the wrong path, or to hide evidence? Was there sufficient animus involved behind the decision to obstruct?

RELATED: President Donald Trump fires back at a scathing report that he tried to fire Special Prosecutor Robert Mueller

In the case of Mueller’s investigation, Trump’s actions over the previous year certainly suggest that obstruction is well within the ballpark. Consider the evidence in the public record, much of which has been uncovered by the Times over the course of the paper’s reporting:

Compile all these public reports together and it sure seems like there is a pattern of Trump using his powers as the head of the executive branch to stall, slow, or end the Russia inquiry. One can only guess what additional evidence Mueller has gotten his hands on after eight months, but it doesn’t look good for Trump or his lawyers.