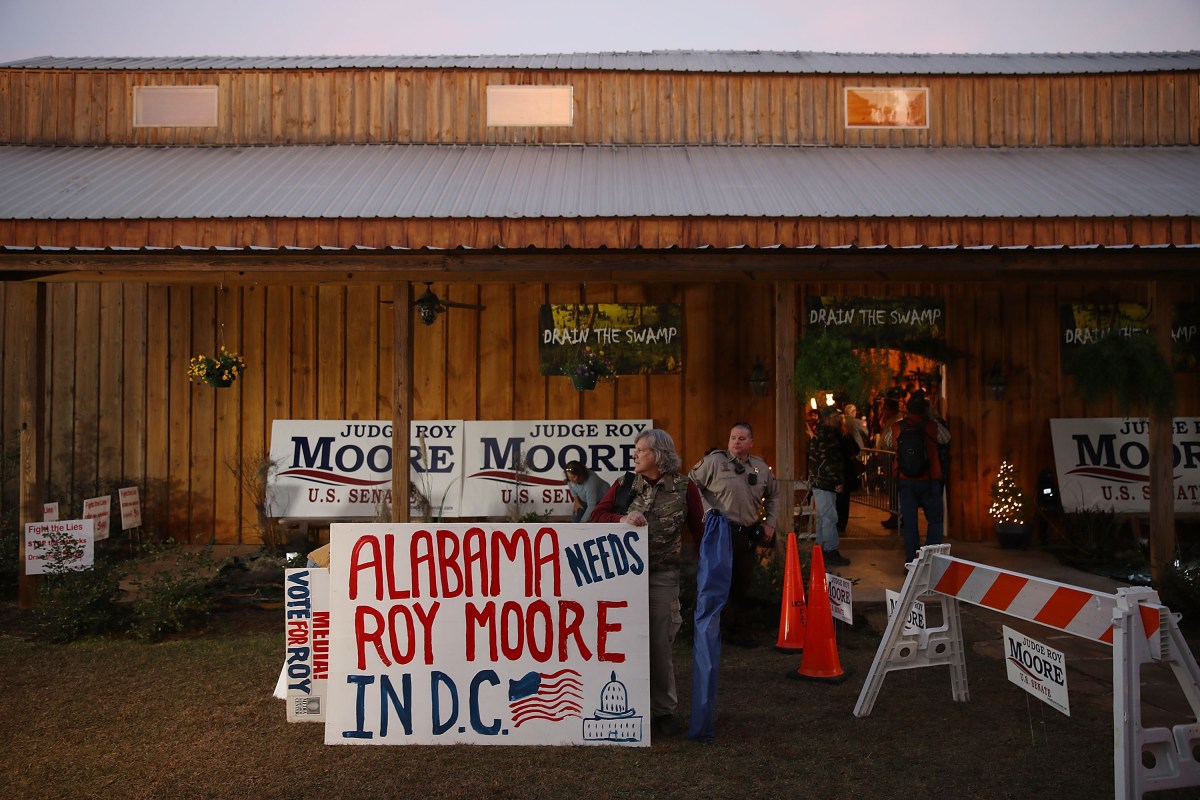 On Tuesday night, Alabama Republican senate candidate and alleged sexual deviant Roy Moore was defeated in an upset that shocked both the nation and the guests at the Christmas party I was attending that night, one of whom had predicted that Moore would win in a landslide. Now Doug Jones, a Democrat with rather extreme views on abortion, will be headed to the Senate to represent a state that lies at the heart of the Bible belt.

In the aftermath, many commentators, especially liberal ones, have attributed Jones’ victory to black women, more of whom showed up to vote against Jones than turned out for Barack Obama in either 2008 or 2012. Those black women who did show up comprised 17 percent of those who voted that day, and 98 percent of them went for Jones. Many Jones supporters took to Twitter after the race was called, thanking black women for “bailing out America” and preventing the national and international embarrassment of a Roy Moore victory.

While black women do deserve much of the credit (or blame, depending on your views) for Moore’s loss, I’d like to suggest another group that should share the glory: white evangelicals.

This demographic, according to the Washington Post’s analysis of exit poll data, went for Moore 80-18, with the remaining two percent writing in other candidates. Despite the bloc’s apparently solid support for Moore, however, those write-in votes may have been the difference between victory and defeat for Jones.

Jones won by 20,715 votes, while Alabama voters cast 22,819 write-in ballots, meaning that if every write-in vote had gone to Moore, he’d have won. For most Jones voters, the choice between the candidates seems to have been an easy one. Only those whose ideologies inclined toward Moore but whose consciences revolted against his well-publicized ephebophilic tendencies would have found themselves conflicted enough to write in another candidate.

Although 2 percent may not seem like much, the small bloc of white evangelicals who wrote in a third candidate accounted for .88 percent of total votes, more than half of Jones’ margin of victory.

There’s also the matter of voter abstention. White evangelicals made up 47 percent of voters in 2016, but only 44 percent in the race that sent Mr. Jones to Washington. If the 80-18 split held, that means that a 3 percent slip in turnout cost Moore 2.4 percent of the vote, which would have handed him a decisive win. Even Vox somewhat grudgingly acknowledged that “some of Jones’s victory is likely due to the white evangelical voters who stayed home.”

I used to think that it was my patriotic duty as an American to always vote and to always choose between the lesser of two evils, no matter how repugnant the candidates from the two major parties. Staying home was an insult to the men who died for my right to vote, and voting for a third party or writing in someone else meant throwing away my vote, which was almost as bad.

Now, however, I realize that staying home and writing in can be powerful weapons, but only in the right circumstances.

In most cases, I still see it as my duty to make the often difficult choice between the Democrat and the Republican, but for a voter—a staunchly pro-choice Alabamian who also believes the allegations against Moore, for example—in a truly impossible situation, abstention and write-in could be valid options. I certainly sympathize with the plight of such voters and would not have demanded that they vote for Jones. Jones understood this and, in an NPR interview I’ve been unable to locate, one of his staffers urged Alabama Republicans who believed the allegations against Moore but couldn’t stomach Jones to simply stay home.

This is not to say that we should throw up our hands and not vote every time the choice is hard. White evangelicals cost Moore the election because they generally vote Republican and Moore was counting on them to propel him to victory. But if you’re willing to do the hard work of decision and compromise in most cases, and if the massive databases kept by both parties count you as a likely voter in one column or the other, then staying home can send your message as powerfully as voting.