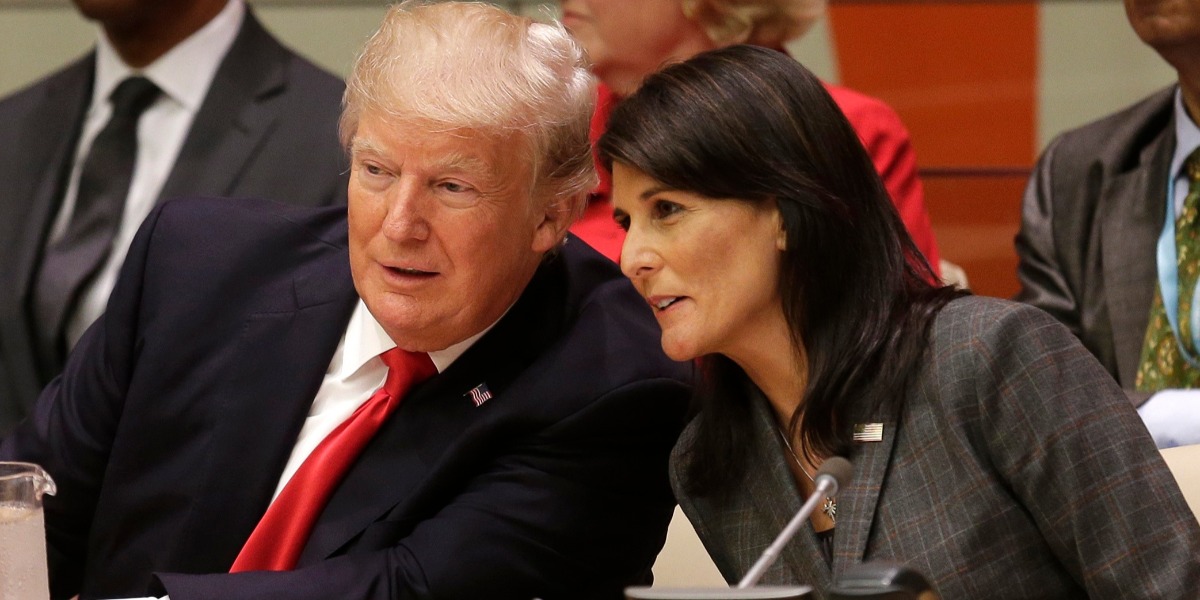 It?s more than common for the first year of a presidency to be defined in part by personality clashes, turf wars, missteps, and a certain amount of palace intrigue. I?ve never worked in the White House before, but I can only imagine how stressful the job is for an ordinary staffer punching out after a 12-hour day. Imagine how senior White House officials and cabinet secretaries must feel at the when they go home, knowing that one bad policy or management call could get you run out of town.

But if the early months of President Ronald Reagan, Bill Clinton, George H.W. Bush, and Barack Obama?s presidencies encompassed heated disagreements, staff turnover, and the occasional flood of backstabbing leaks, the Trump administration?s opening act has surpassed all of that historical drama.

In a span of thirteen days over the summer, the White House saw a chief of staff, a press secretary, and a communications director (on the job for only 11 days) escorted off the White House grounds. A month later, Trump?s chief political strategist (Steve Bannon) and Breitbart sidekick (Sebastian Gorka) tendered their resignations or were forced out?nobody really knows for sure. In the months of July and August, it looked from the outside as if Trump?s presidency was coming apart at the seams; the state of paralysis and dysfunction was entertaining to watch, even if it also exposed how vulnerable the West Wing was to being swept out to sea and eaten by the political sharks.

The waters have calmed since that time. West Wing operations are running in a more conventional?but not too conventional?way, courtesy of John Kelly?s military-bred discipline. But with this president, you never know when the discipline will wear off and Kelly’s system will be subverted; one bad headline on CNN or Fox News can get the president worked up into a frenzy. And when Trump?s face is beet red, all bets are off.

As the administration prepares to cross its one year anniversary in about three weeks time, it?s a decent time to explore which staffers have not only survived, but prospered.

Mike Pompeo: CIA Director Pompeo is a paramount victor in Trump?s first year. Nobody else in the White House, the State Department, the Pentagon, or any other agency comes close.

Pompeo, a former congressman from Kansas who has earned the trust of the president during his frequent daily intelligence briefings in the Oval Office, has proven to be an effective surrogate for Trump on television and at think tank conferences. He?s confident in the T.V. studio, quick to defend Trump on matters that go beyond his intelligence portfolio (at one point, Pompeo even told an audience that Trump?s Twitter feed was a helpful intelligence collection tool), and has gotten on his boss?s good side by repeating to anyone who will listen how engaged Trump is on national security issues. Trump likes tough guys who can be trusted to toe the company line, and Pompeo fits the mold.

Nikki Haley: The same can be said for Ambassador Haley, someone who just a year and a half ago appeared to be a proud member of the Never Trump movement. It seemed like only yesterday when the then-Governor of South Carolina was booking T.V. spots on NBC and condemning then-candidate Trump for using ?irresponsible talk? and driving America?s political discussions into the gutter. ?Donald Trump is everything we teach our kids not to do in kindergarten,? Haley said at one point during the 2016 GOP primary.

But that was then. And this is now. Ever since Trump nominated Nikki Haley to represent the U.S. at the United Nations, the two have had a productive working relationship.

Although she can come across as a bit of a self-promoter with an air of superiority during U.N. Security Council meetings (to be fair, she is far from the only U.N. ambassador who exhibits such traits, which may very well be part of the job description when you?re speaking to the world), there haven?t been any indications that Trump is disappointed with her performance. Far from it; Trump and Haley were in the same headspace on the Jerusalem issue, and the president publicly praised her the day after she sent a letter to U.N. member states in which she threatened payback if other nations voted in the General Assembly to denounce the administration?s recognition of Jerusalem as Israel?s capital. Haley has also made cost cutting at the U.N. one of her top priorities, and if there is anything Trump likes more than himself, it?s saving money. Indeed, Haley delivered Trump an early Christmas gift in her announcement that U.S. contributions to the U.N. would be reduced by $285 million next year.

James Mattis: It didn?t take long for Trump to be impressed with Mattis, a Marine Corps field commander and CENTCOM chief who is beloved by his fellow Marines. Trump called Mattis ?the real deal? after meeting him in November at his Mar-a-Lago estate.  It?s been mostly up for Mattis since then.

This isn?t to say that Defense Secretary Mattis has an easy job. Not at all. During his flyovers to Europe and Asia, he has felt the need to tone down some of Trump?s more incendiary comments regarding NATO, the rules-based international order, and alliance commitments more generally. Mattis has done this by reassuring allies that Washington is as serious about collective defense and alliance management in 2017 as it was during the Cold War. But Mattis has done this with skill, never straying too far from the president?s desire to kick European allies in the shins to get them to spend more of their own money on defense.

Mattis has already had an impact over Trump on torture and interrogation.  Someday, when Mattis writes his memoir or Bob Woodward writes a best selling expose of Trump?s first term, we may discover that the long-time Marine talked his boss down from the ledge on many other national security issues?counsel only he could give.