The three Trump officials who had the hardest year 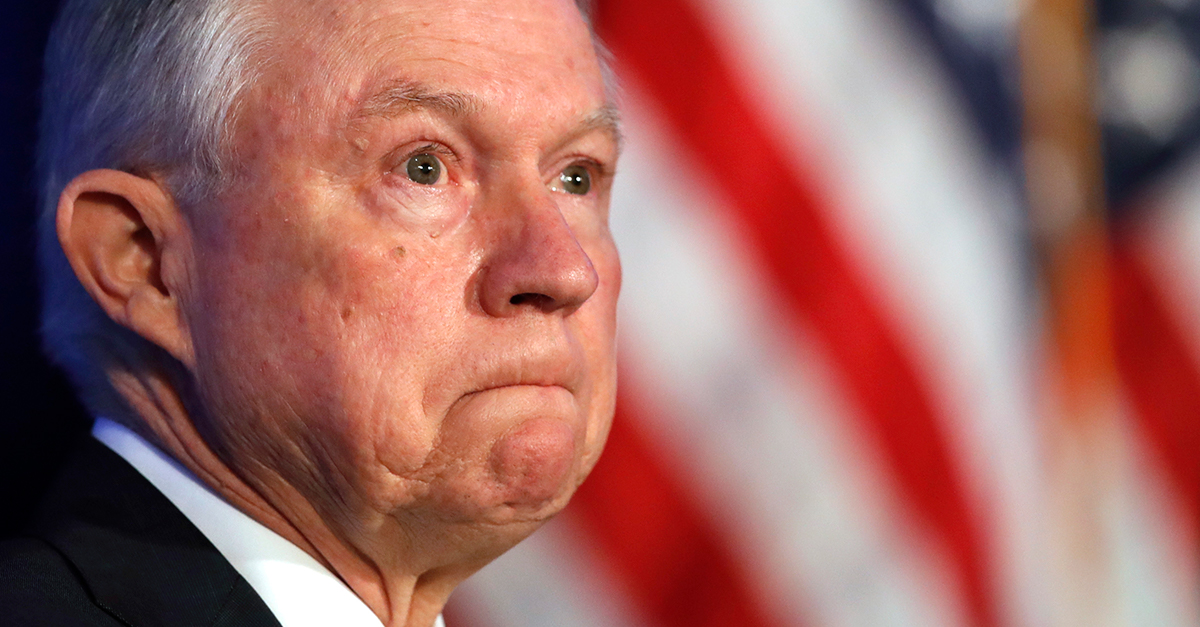 The first eleven (going on twelve) months of the Trump administration have seen their fair share of ups and downs, minor successes and extreme pitfalls. The way the White House has been run, particularly before John Kelly walked into the chiefs of staff office, has opened up the entire administration to a constant stream of negative press about staff rivalry and inefficiency. One might as well cordon off the White House grounds with caution tape reading “slippery when wet”—wet being the tears of the White House staffers who have to do damage control whenever the big man gives an unscripted or unscheduled interview to the New York Times.

Some administration staffers have fared far worse than others. If the continuous stream of palace intrigue stories over the last eleven months is a guidepost to what happens inside the walls of the White House, one less-than-flattering remark about Trump from a senior administration official is enough to get him worked up. Even a man’s appearance can earn a rebuke from the president; former White House Press Secretary Sean Spicer was in the doghouse for wearing an awful looking suit to the podium during his first White House briefing.

So, with all of that in mind—and acknowledging on the front end that who sits wear and gossiping like hens about who is in and who is falling out of the president’s favor can change on a dime—here are three administration officials who have had perhaps the roughest year in their professional lives.

1. Jeff Sessions: On paper, the former judge, senator from Alabama, and proud immigration hawk should be an easy fit into the Trump puzzle. He was the very first United States Senator to endorse Trump for president, not a small matter at the time. Unlike Steve Bannon, whose support Trump derided as “late” in the campaign process, Sessions announced his endorsement and campaigned for Trump in February 2016, a period of time in which the GOP primary was still in its early stages and the contest could have gone either way. The two men share similar ideological principles on illegal immigration, taxes, economic and social nationalism, law and order, and the plight of the American worker. And, they share a staff member, Stephen Miller, the most hawkish of the immigration hawks, who left Sessions’ Senate office to work on the Trump campaign before becoming the senior White House policy adviser.

Yet Sessions made a crucial error in the world of Trump: allowing his recusal from the Justice Department investigation on Russian interference in the 2016 presidential election actions to feed into a full-fledged, Washington swamp-orchestrated attack on the president.

Based on merit, Sessions was right to recuse himself; he was, after all, a senior adviser in Trump’s orbit during the campaign, the very entity federal investigators were probing. Trump, however, had a completely different view, and he got that anger off his chest during an interview with the Times and on his own Twitter feed. He used Sessions’ decision to blast the Attorney General’s acumen, describing him as “beleaguered” and “very weak”—perhaps forgetting that it was Trump’s decision to fire FBI Director James Comey that pretty much sealed the deal for the establishment of a special counsel. It was as if Sessions’ early announcement of support and the prestige that comes with a senatorial endorsement meant nothing anymore. Trump complains about Sessions nine months later, calling it a “terrible thing he did.”  The Attorney General hasn’t escaped the dog house yet. In fact, he may be in the pen until he decides to retire.

2. Rex Tillerson: Poor Rex. The oil executive didn’t even want the Secretary of State job when Trump offered it to him, but his wife convinced him that it was the right thing to do for the country. He has put on a good front for the press, batting away suggestions that he’s not enjoying the State Department or that his relationship with the White House is an abysmal mess. He insists that the State Department needs to be reformed (it does) and that cutting the duplication would help save American taxpayer money (it would), but he’s done it in the worse possible way—through an autocratic decision-making process the diplomatic rank-and-file below the Secretary’s executive suit doesn’t appreciate. Besides Senate Foreign Relations Committee Chairman Bob Corker, Tillerson doesn’t have many allies on Capitol Hill willing to stick their necks out to defend him.

Trump has undercut Tillerson at the knees so many times that it’s a wonder he still has any joints left. When he took a less hardline stance on Qatar and flew to the Persian Gulf to mediate between the Gulf Arab states, Trump released a totally different narrative by bragging that Saudi Arabia’s embargo on the tiny, gas-rich nation was a result of his relationship with the Royal Family. When Tillerson spoke hypothetically of sitting down with Kim Jong-un without any preconditions, the White House pushed back immediately, saying the “maximum pressure and engagement” policy had not changed. Speaking to the American Conservative, a close friend described Tillerson as “exhausted. He can’t get any of his appointments approved and is running around the world cleaning up after a president whose primary foreign policy adviser is a 36-year-old amateur [Jared Kushner].”  And this was before the Secretary of State reportedly called Trump “a moron,” a comment that he himself didn’t categorically deny using when asked about it by reporters.

None of this will matter to Rex. He may be out in a few months anyway.

3. John Kelly: The retired four-star General is on this list purely because of the role he decided to take on: being the chief of staff in a White House inundated with competing ideological factions and personality battles. As a life-long Marine, Kelly is trained to knock heads—and that’s precisely what he did during his first two months in the West Wing. Anthony “the Mooch” Scaramucci was fired as communications director; Steve Bannon and Sebastian Gorka were forced out (although they would strongly reject the premise); who can see the president during the day or call him through the White House switchboard had to be cleared with Kelly first; and the amount of paper that reached the president’s desk was restricted to what Trump needed to absolutely see to make an informed decision.

Kelly, however, understands that Trump can’t be controlled. He can only be managed at the margins. And even then, Trump can still make the type of news that causes acid reflux in chiefs of staff, from equating racist counter-demonstrators with actual demonstrators, to giving a sit-down, exclusive interview before Kelly had an opportunity to prep him. Kelly’s face-palming and awkward shoe-gazing is made-for-meme gold. He has had to step in when Trump got into a rhetoric spat with the mother and widow of a fallen special operations soldier during an ambush in Niger. If a Vanity Affair report from October is accurate, Trump doesn’t like Kelly’s “highhandedness,” which to any other president would explain away as just the chief of staff doing his job.

How long can Kelly play the role of gatekeeper, zookeeper, and janitor all at the same time? Eventually, he will file for retirement. Whether he does so out of frustration, exhaustion, personal reasons, or some other reason, we shall see.