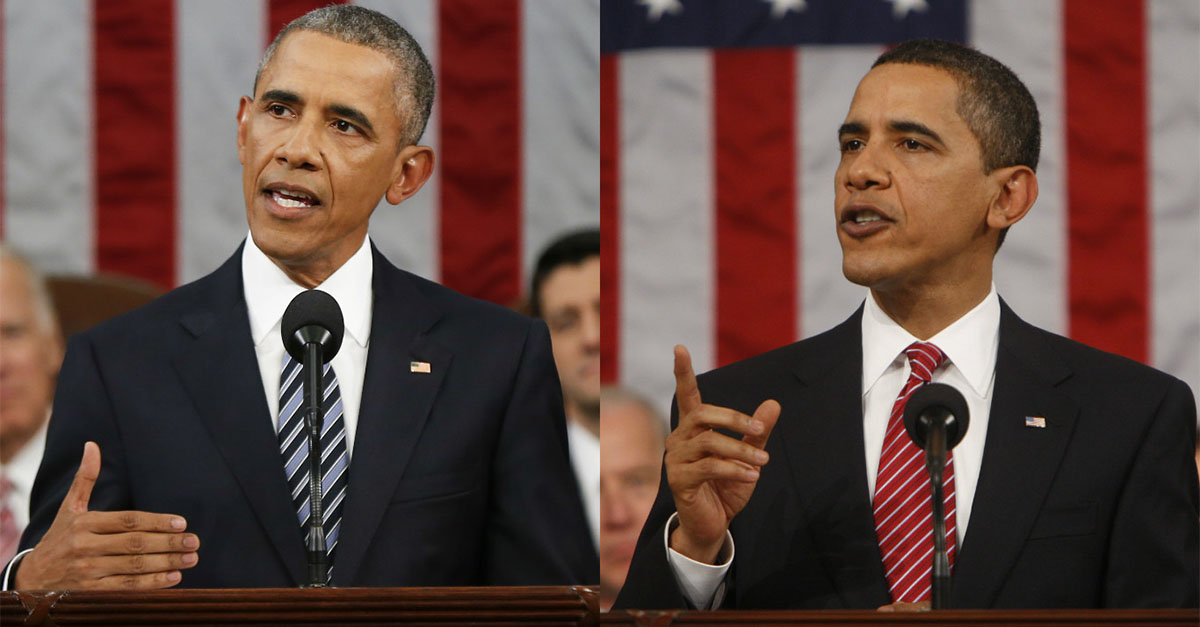 Seven years ago, a newly-minted President Obama addressed a joint session of Congress in the midst of an economic crisis that was gripping the country. On Tuesday evening, a visibly greyer president Obama sought to portray an economy that was on an upswing.

“While our economy may be weakened and our confidence shaken; though we are living through difficult and uncertain times, tonight I want every American to know this: We will rebuild, we will recover, and the United States of America will emerge stronger than before,” Obama said in his February 2009 address.
In stark contrast, the president Tuesday night said that ‘the United States of America, right now, has the strongest, most durable economy in the world,” adding “we’re in the middle of the longest streak of private sector job creation in history.”

Rare read over the president’s first and last addresses, to see what the focus was then and now.

Liu Jiang, a graduate student of journalism at Syracuse University, created the data visuals for this report.