They didn’t agree on matters of faith, but MLK thought Muhammad Ali was 100 percent right about this 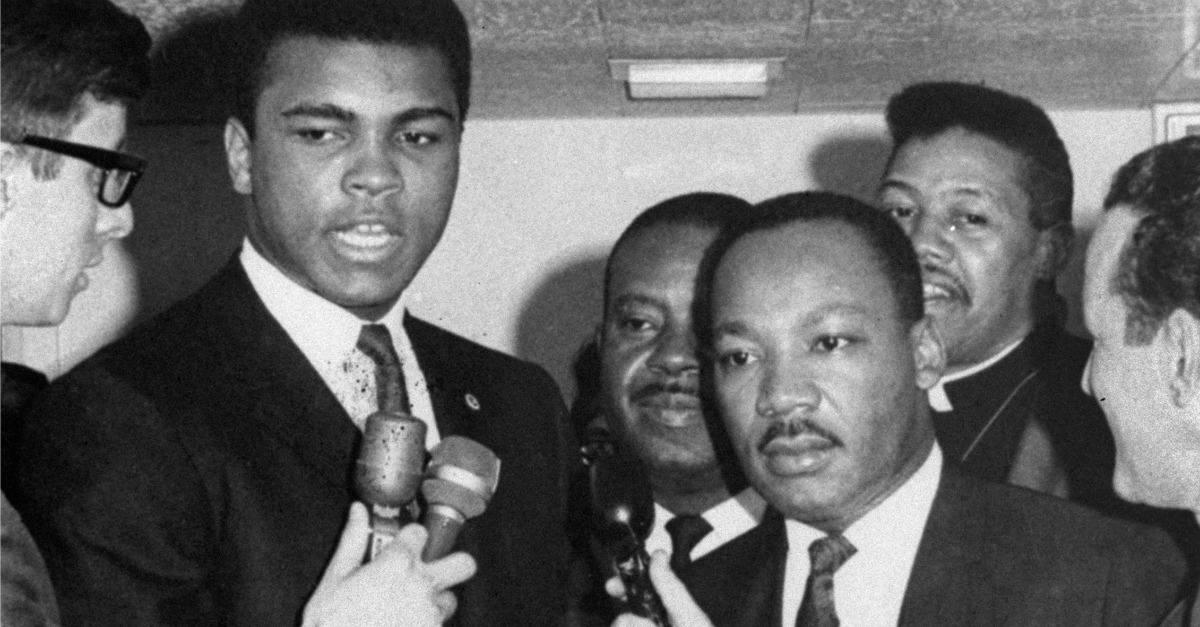 AP Photo
FILE - In this March 29, 1967 file photo, heavyweight boxing champion Muhammad Ali, left, and Dr. Martin Luther King speak with reporters in Louisville, Ky. King says the sooner this country does away with the draft, the better off we'll be. Ali was here for his court hearing to prevent his Army induction on April 28 in Houston. (AP Photo)

The Rev. Dr. Martin Luther King Jr. was a vocal opponent of the America’s involvement in the Vietnam War, often speaking from the pulpit to denounce it.

RELATED: As we mourn the Greatest of All Time, let’s not forget Muhammad Ali’s impact on politics

In this clip, King found common ground with a flashy Muslim boxer from Kentucky, despite their differences on matters of faith. King told the Christian congregation “no matter what you think” about Muhammad Ali’s religion, he was to be lauded for his stance against the war.

Ali refused to be inducted into the Army in the mid-1960s, noting that he had no “quarrels” with the people of Vietnam. He asked why should he fight for a country that doesn’t respect his people.

“Why should they ask me to put on a uniform and go 10,000 miles from home and drop bombs and bullets on Brown people in Vietnam while so-called Negro people in Louisville are treated like dogs and denied simple human rights? No, I’m not going 10,000 miles from home to help murder and burn another poor nation simply to continue the domination of white slave masters of the darker people the world over,” Ali said.

“I have been warned that to take such a stand would cost me millions of dollars. But I have said it once and I will say it again. The real enemy of my people is here,” he added.

Ali’s position against the war led to his facing a boxing ban and potential jail time, and many Americans considered him a draft dodger.

RELATED: Muhammad Ali was no draft dodger, but here are a bunch of famous people who were

During an April 1967 speech titled “Beyond Vietnam,” King echoed Ali’s sentiment, telling the New York City audience the war was “taking the black young men who had been crippled by our society and sending them eight thousand miles away to guarantee liberties in Southeast Asia which they had not found in southwest Georgia and East Harlem.”

Their thoughts on the war reflected the deep divide in the United States about the war, particularly for black soldiers, who often returned from deadly war only to battle racism at home.