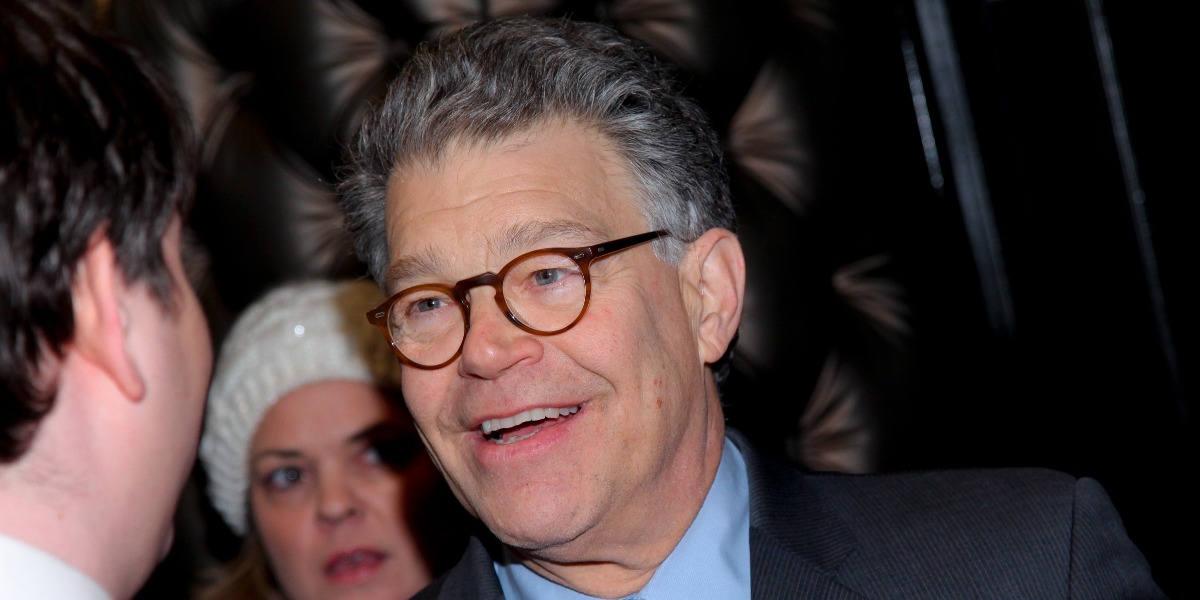 Right now, many Roy Moore supporters on social media are making the case that whether or not their candidate is guilty of the sexual assault accusations that have been made against him, conservatives should still vote for Moore because his Democratic opponent Doug Jones supports late term abortions. For supporters, Moore’s politics on what they see as a life-and-death issue are better than Jones’ and that’s what should take precedence, despite any alleged disgusting behavior by their candidate.

#DougJones is in favor of abortion. That alone is far, far worse than the (unfounded) allegations against #RoyMoore. Do not allow Liberals from outside steal this election from you. #StandWithRoyMoore.

Moore’s wife even emphasized the abortion issue in her speech defending her husband on Friday.

Kayla Moore: Roy Moore is "fighting for life. Fighting against abortion. Fighting for the acknowledgment of God. Fighting for traditional marriage. And fighting to protect the Second Amendment." pic.twitter.com/3Xp9mKxHKQ

We can reasonably imagine that many on the left, particularly those who are pro-choice, find this kind of logic in defense of Moore revolting.

Yet this same kind of politics first argument was made Friday by a self-identified feminist regarding Al Franken.

Kate Harding, who writes books about feminism and studies rape culture, does not try to hide the fact that she thinks Franken being a Democrat is more important than him allegedly sexually assaulting a woman.

“As a feminist and the author of a book on rape culture, I could reasonably be expected to lead the calls for Al Franken to step down, following allegations that he forced his tongue down a woman’s throat, accompanied by a photo of him grinning as he moves in to grope her breasts while she sleeps,” Harding writes in the Washington Post. “It’s disgusting,” she concedes.

Harding continues, “But I don’t believe resigning from his position is the only possible consequence, or the one that’s best for American women.”

To her credit, Harding acknowledges that how her position on Franken might look on its face – pure cheap partisanship – is true.

“Cynics on both the right and left will presume I am passing by this particular steam tray on 2017’s smorgasbord of feminist outrage because Franken is a Democrat, and so am I,” she admits. “(I was even his proud constituent for two years.) In the most superficial sense, this is true,” Harding adds.

Harding uses the rest of her column to explain how she believes Democrats are more pro-women on a plethora of issues than Republicans, therefore Franken’s vote on those issues matters more than how he might have hurt or degraded at least one woman.

Depending on your perspective, she has a point.

Just like Roy Moore supporters do about their priorities.

This is not to say that all sexual assault accusations are equal. Some of what Moore has been accused of is illegal, and some of it just morally questionable or tawdry. If Harvey Weinstein, Bill Clinton and Bill Cosby are among the worst who have been accused in recent years and months – if guilty, each is a rapist – Franken’s alleged kissing and groping simply does not reach a Weinstein/Clinton/Cosby level.

I do not think Moore is fit for office based on multiple accusations by multiple women, two of the allegations being criminal. I think Franken should face an ethics committee based on one accusation of sexual assault by one woman, who says she does not think he should resign. What comes from that hearing, or whether more women come forward, should decide Franken’s fate in the Senate. I would same the same for any Republican accused of something similar.

But would Kate Harding say a Republican senator should stay if accused of the same thing? By her own admission, she would not.

Harding even emphasizes this as a blanket statement about any other Democrats who might be revealed as creeps, “if we set this precedent in the interest of demonstrating our party’s solidarity with harassed and abused women, we’re only going to drain the swamp of people who, however flawed, still regularly vote to protect women’s rights and freedoms.”

That’s quite a sentence from a self-labeled feminist.

RELATED: President Trump chimes in on Senator Franken’s groping photo and it is a doozy

“I’m betting that there will be more,” Harding writes. “And more after that. And they won’t all come from states with Democratic governors and a deep bench of progressive replacements. Some will, if ousted, have their successors chosen by Republicans.”

There are many ways to spin this kind of logic. As a conservative who opposed George W. Bush’s Iraq War, and Barack Obama’s interventions in Libya and Syria, do I give antiwar politicians a pass if they commit sexual assault? After all, countless innocent lives are taken by America’s foreign policy decisions, and that has to be of more significance than groping a woman, right? If a politician tries to stop the next war, maybe he should be excused for allegedly trying to lock a 16-year-old girl in his car so he could forcibly have his way with her?

Depending on what your particular priority issues are – protecting the unborn, women’s health and safety, preventing civilian casualties – we could rationalize dismissing or ignoring all sorts of revolting acts.

So where, exactly, is the moral line in agreeing with a candidate’s politics so much that you inadvertently condone predatory behavior?

After observing the reactions of Democrat women to Al Franken compared to Roy Moore, the message is clear: "You can be as vile to us as you want as long as you keep abortion legal and my birth control taxpayer funded." #tcot #Feminism

I don’t know the answer. But I’m also not comfortable with the answers coming out of Alabama right now and from at least one liberal feminist at the Washington Post.