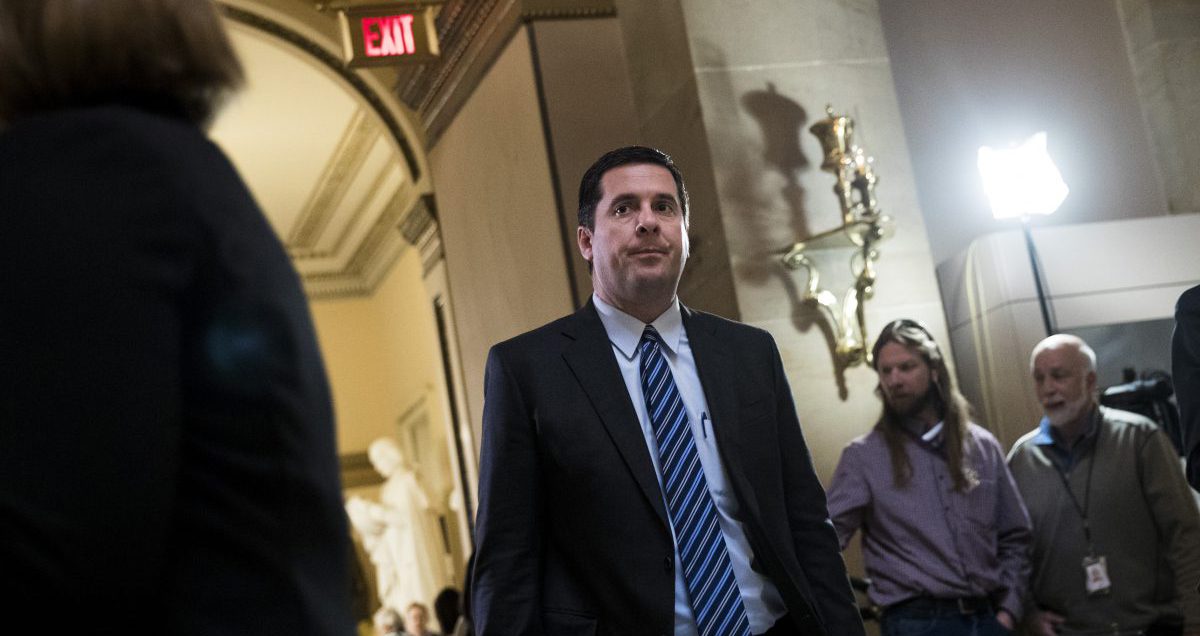 Rep. Devin Nunes, the Chairman of the House Intelligence Committee, took a beating on the Sunday talk show circuit yesterday morning. Indeed, he’s taken a beating throughout the entire week. Deservedly so; the way Nunes has used his considerable power as chairman to release a committee memo on purported FBI surveillance abuse against a Trump campaign official was a to-clever-by-half way to throw a wrench into Special Counsel Robert Mueller’s investigation while disguising it as a truth-seeking endeavor. If Nunes was really worried about surveillance of American citizens, he wouldn’t have helped quash additional FISA reforms when Congress votes to renew FISA authorities last month.

I’m confident that most Americans understand where Nunes’s motivations really lie, and it has nothing to do with transparency and reform and instead has everything to do with helping President Trump make the case that Mueller’s inquiry was a partisan hatchet job from the start. Former CIA Director John Brennan, normally a pretty reserved man in public, said what many in Washington were thinking: Nunes “has abused the office of the chairmanship of HPSCI. And I don’t say that lightly.”

According to an Axios report posted Sunday, Nunes could release as many as five more memos alleging abuse or meddling by the intelligence community in American political life. If the writing of those documents is as selective as what was contained in the FBI memo declassified last Friday, Nunes will be manufacturing more diversion to Trump’s benefit.

Nunes, however, does have a chance to partially redeem himself on Monday afternoon, when the intelligence committee is scheduled to vote on whether the Democratic counter memo should be released. If the chairman wants to demonstrate any fairness or impartiality at all — and lessen the political pressure on his shoulders in the process — he will lobby his fellow Republicans on the committee to support the disclosure of that material.

Inexplicably, the committee blocked the Democrats from declassifying their interpretation of the FBI memo while at the same time voting to approve the document written by Nunes’ staff. It was a grossly irresponsible move at the time and a highly politicized one; in fact, that vote alone exposed the lie that Nunes was motivated by a yearning to educate the American people about the FISA process.

It has been a week since the Democrats were prohibited from getting their version of the story out. Republicans have established a national narrative of an FBI and Justice Department striving to spy on a Trump campaign official, and the credibility of both institutions has suffered immeasurably ever since. If Nunes has any self-respect, he will stop himself from making the same mistake twice. And if he truly wants the American people to know what is going on in the dark halls of America’s intelligence community, he will urge the committee he leads to provide the minority party with the opportunity to make its case, just as the Republicans did last week.