Melania Trump’s route to becoming an American citizen is under a microscope. Speculation about Mrs. Trump’s journey to America could hurt the credibility of her husband’s campaign, especially since he’s come down so hard on undocumented immigrants.

The nude photos published by the New York Post, Sunday, revealed inconsistencies in Trump’s accounting of her traveling to the U.S. to work as a model. Her statements in a January article in Harper’s Bazaar suggest she came to the U.S. on a visa that would not have allowed her to work.

“It never crossed my mind to stay here without papers. That is just the person you are,” she told the magazine. “You follow the rules. You follow the law. Every few months you need to fly back to Europe and stamp your visa. After a few visas, I applied for a green card and got it in 2001.”

That description of returning to Slovenia for visa renewals indicates she likely had a B-1 Temporary Business Visitor or B-2 Tourist Visa, which are short-term and do not allow employment.

The date the photos were taken — 1995 — also indicate Trump was in the country a year before when she’s publicly claimed.

Visa fraud could have jeopardized Trump’s green card application and, ultimately, her citizenship application, which could raise issues about her legal status overall.

RELATED: A week after her plagiarism scandal, Melania Trump has disappeared from the internet

Last week, Trump’s personal site, MelaniaTrump.com, was taken down and redirected to the Trump Organization’s corporate website amid reports that her biography listed false information about her education.

The Trump camp is not addressing Melania Trump’s immigration but spokeswoman Hope Hicks told Politico in an emailed statement that “Melania followed all applicable laws and is now a proud citizen of the United States.”

UPDATE: Melania Trump took to Twitter, Thursday, to denounce claims that her immigration story is false. 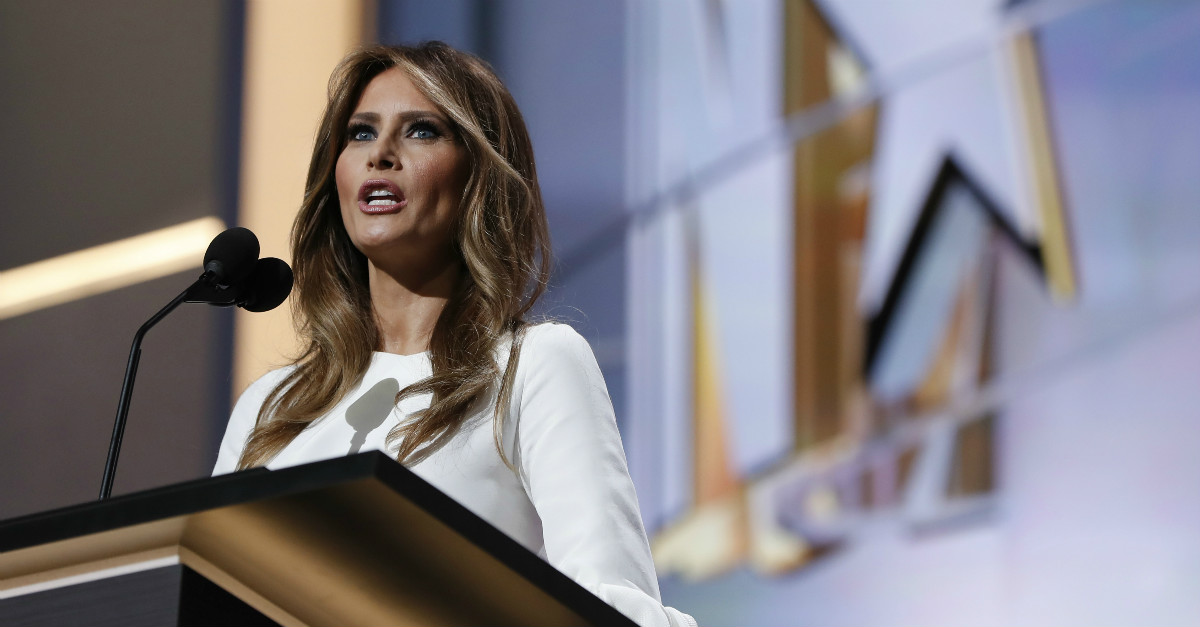