Today was a dark day in the Senate, one Chuck Schumer will come to regret 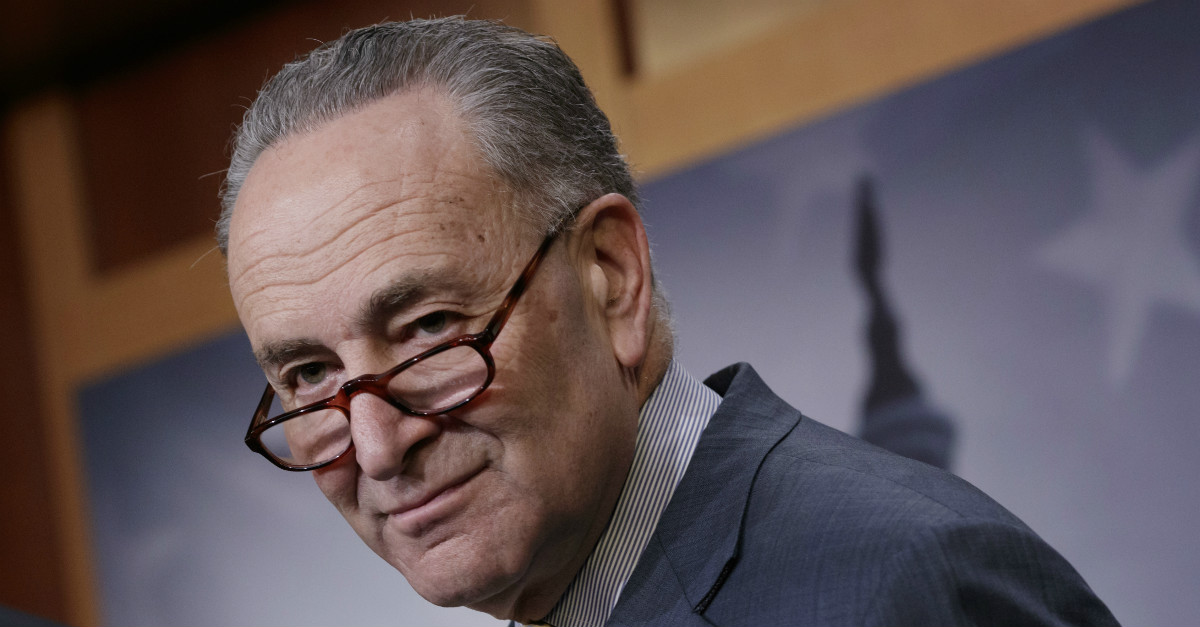 Today was a historic day for the United States Senate, and not in a good way.

Before any votes were taken on Judge Neil Gorsuch’s confirmation to the Supreme Court, you could see the ashen faces of senators on both sides of the aisle as they grasped the dark reality that they were about to embark upon: activating the nuclear option for the second time in less than four years, and in the process destroying their own collaborative and deliberative body. There is no longer such a thing as a filibuster for Supreme Court nominees, or any nominees for that matter.

Before the nuclear option was invoked, Majority Leader Mitch McConnell and Minority Leader Chuck Schumer did their level best to cast the blame onto each other for leading the Senate into the partisan ditch. “Our Democratic colleagues have done something today that is unprecedented in the history of the Senate,” McConnell said in floor remarks. “Unfortunately it has brought us to this point.” Schumer fired back, begging for his Republican colleague to exhibit some kind of hallelujah moment: “It doesn’t have to be this way. When a nominee doesn’t get enough votes for confirmation the answer is not to change the rules, it’s to change the nominee.”

RELATED: How the Democrats’ Gorsuch blunder could lead to an even more conservative Supreme Court

The chance of that happening, Schumer knew, was nil. Senate Republicans have consistently cited the nomination of Gorsuch as the best decision that President Donald Trump has made thus far. Gorsuch, who received the highest rating from the American Bar Association and was endorsed by the Federalist Society and the Heritage Foundation, was destined to get every GOP vote. Senate Democrats knew this, but decided that it was in their best interest as a caucus to filibuster Gorsuch’s nomination. The most likely reason was to placate progressive organizations that have threatened to primary Democratic incumbents who don’t fall in line.

Except the decision to filibuster Gorsuch never was in the long-term interests of Senate Democrats, a caucus that would be powerless were it not for the 60-vote requirement. Schumer’s blocking strategy was always a stupid one. Yes, Gorsuch is a very conservative jurist and is often compared to the late Antonin Scalia. But because he wasn’t a foaming-from-the-mouth, rabid, confrontational judge and largely impressed the American people during his 20 hours before the Judiciary Committee, surely Senate Democrats knew that a partisan filibuster would prompt McConnell to change the rules?

RELATED: It takes talent to be as bad at politics as Senate Democrats

Gorsuch is about as qualified a judge as one could ask for. He has a distinguished career, and the fact that he also served as a lawyer in the Justice Department meant he had a wide breadth of experience in two branches of government. Democrats, in the end, chose to fight a pointless battle they knew they were going to lose.

Where does the Senate go now? The optimist would hope that this is the last nuclear trigger that’s pulled and that the 60-vote threshold on legislation is safe. McConnell did say as much this week. The pessimist, however, would argue that today’s rules change is one more step towards the tyranny of the majority in our legislative upper house.

Cooler heads need to prevail if the Senate has any hope of maintaining its bipartisan comity and cooperation. Now that the Gorsuch fight is over, that’s about the best we can hope for.