Menu
Follow us
Search
Menu
Search
Sen. Tom Cotton, R-Ark., questions Attorney General Jeff Sessions on Capitol Hill in Washington, Tuesday, June 13, 2017, as he testifies before the Senate Intelligence Committee hearing about his role in the firing of James Comey, his Russian contacts during the campaign and his decision to recuse from an investigation into possible ties between Moscow and associates of President Donald Trump. (AP Photo/Alex Brandon)

On Thursday, the New York Times reported that President Trump was planning to replace Secretary of State Rex Tillerson with CIA Director Mike Pompeo. If you care about sound judgment within the Trump administration, this is probably a bad move. For any faults he might have, Tillerson was known for generally keeping a cooler head than his boss while his authoritarian-leaning replacement Pompeo might not have the same disposition.

But that might not have been the worst news in the New York Times story.

“Mr. Pompeo would be replaced at the C.I.A. by Senator Tom Cotton, a Republican from Arkansas who has been a key ally of the president on national security matters…” the Times reported.

This would be a complete disaster.

Where do I even start?

RARE POV: No, Tom Cotton, the Iran deal isn’t dead—and we’re better off because of it

Cotton, a hawk’s hawk and neocon’s neocon, is the most pro-war and anti-civil liberties member of the U.S. Senate. He supports torture, has called for jailing journalists, wants the government to have virtually unlimited surveillance powers that he wants to make permanent, worries we don’t use drone strikes enough and openly agitates for military conflict with Iran.

On Iran in particular, Cotton makes longtime Republican hawks like Senators John McCain and Lindsey Graham look reasonable by comparison. As Mehdi Hasan wrote at The Intercept in October about Cotton’s opposition to President Obama’s Iran deal in 2015:

(T)hough Cotton may now be the most hawkish senator in the United States — step aside John McCain and Lindsey Graham — we should perhaps thank him for his bluntness. Remember: Every time former President Barack Obama or a member of his administration framed the argument over the nuclear deal as a choice between diplomacy or war, Republicans would cry foul. This, they would say, was a false choice; critics of the deal merely wanted a better deal.

Cotton also says the problem with America’s justice system is that we don’t put enough people in jail (the U.S. has the highest incarceration rate in the world), and his biggest beef with Guantanamo Bay is that there are “too many empty beds.”

Basically, whatever is the constitutionally or even morally correct thing to do, you can bet that every time Cotton will do the opposite. There’s not a constitutional right Cotton wouldn’t suspend if he thought it would keep America “safe,” and doesn’t seem to even comprehend that the Founders gave us a Bill of Rights precisely to restrain government’s inherent totalitarian tendencies.

Cotton seems to think untrammeled authoritarianism is a goal, not a danger.

RARE POV: Rand Paul: Why I voted against the new CIA director

And if you’re still not quite sure about this guy and his poor judgment — perhaps you think I’m exaggerating or being hyperbolic — while most people now view the 2003 U.S. invasion of Iraq as one of the worst foreign policy blunders in America’s history, Cotton, a combat veteran, calls it “a just and noble war.”

There’s not a problem too big for Cotton to get abysmally wrong. Some CIA interrogators are already calling Trump’s choice “clueless.”

Moving Mike Pompeo from the CIA to the State Department could be problematic. But putting Senator Tom Cotton in charge of our nation’s intelligence might be even worse. 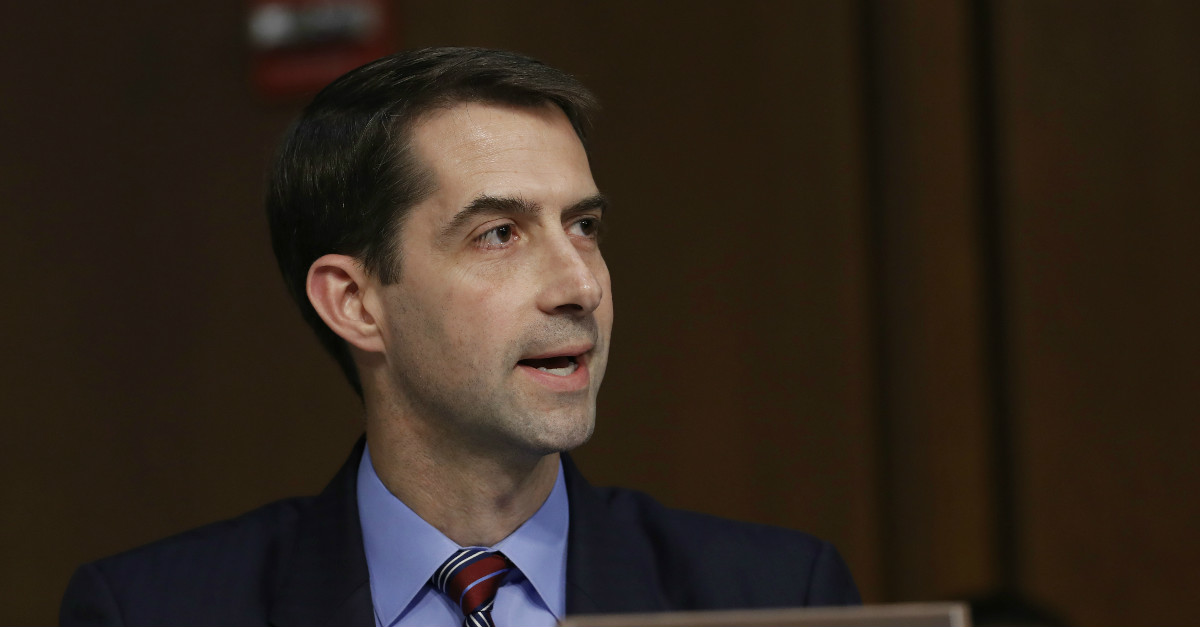