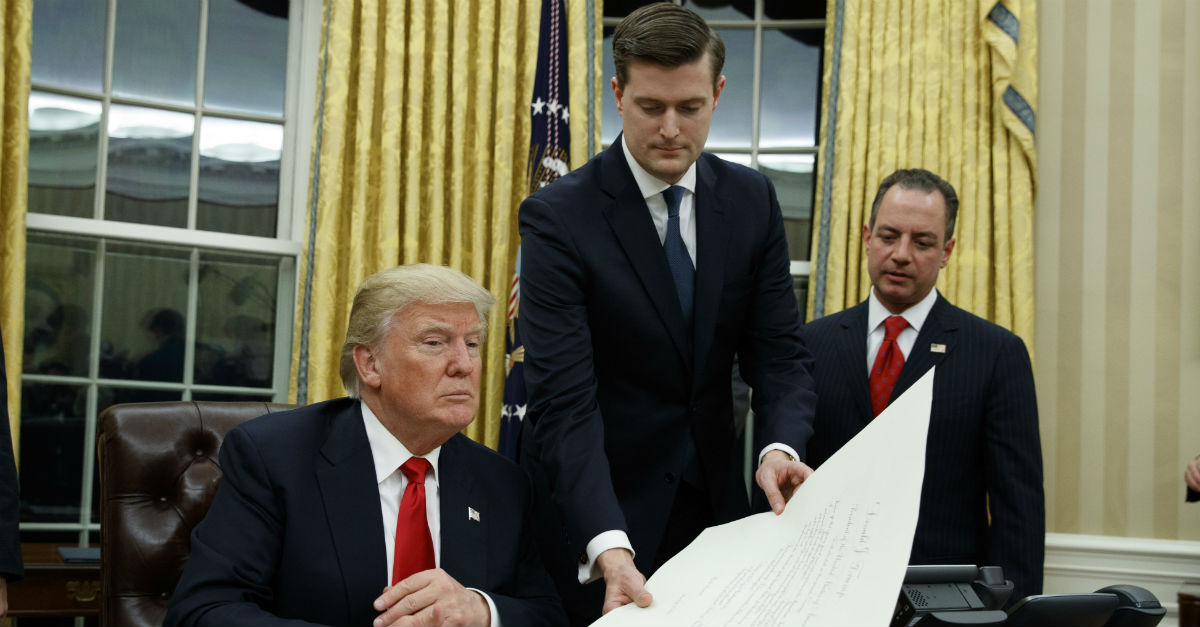 White House staff secretary Rob Porter resigned on Wednesday after two of his ex-wives came forward to accuse him of abuse.

Porter was a top aide in the White House and was reportedly dating Communications Director Hope Hicks. On Tuesday night, the Daily Mail published an interview with Porter’s second wife, Jennifer Willoughby, in which she claimed that she was dragged out of the shower and called a “f**king bitch” on a trip abroad. Willoughby filed a protective order against 2010.

Porter’s former wives, both told The Intercept that the FBI contacted them while conducting Porter’s background check. His first wife, Colbie Holderness, reportedly provided The Intercept with the FBI correspondences. She also said that the photos weren’t the first time that Porter got physical saying “He would get angry and throw me down on a soft surface…and he would lay on top of me shaking me, or rubbing an elbow or a knee into me. He graduated to choking me, not ever hard enough to make me pass out, or frankly to leave marks, but it was frightening and dehumanizing.”

The Daily Mail reports that Holder never received security clearance after the FBI spoke to his ex-wives.

RELATED: Donald Trump’s interest in a D.C. military parade has the internet up in arms

His first wife, Colbie Holderness, provided these photos from a vacation they took together in Florence, Italy: pic.twitter.com/tl3TbyGA8Y

In a press conference on Wednesday, Sarah Huckabee Sanders said that the president has had “full confidence” in the staff secretary. Porter said that the allegations are “false.” Porter gave the following statement:

These outrageous allegations are simply false. I took the photos given to the media nearly 15 years ago and the reality behind them is nowhere close to what is being described. I have been transparent and truthful about these vile claims, but I will not further engage publicly with a coordinated smear campaign.