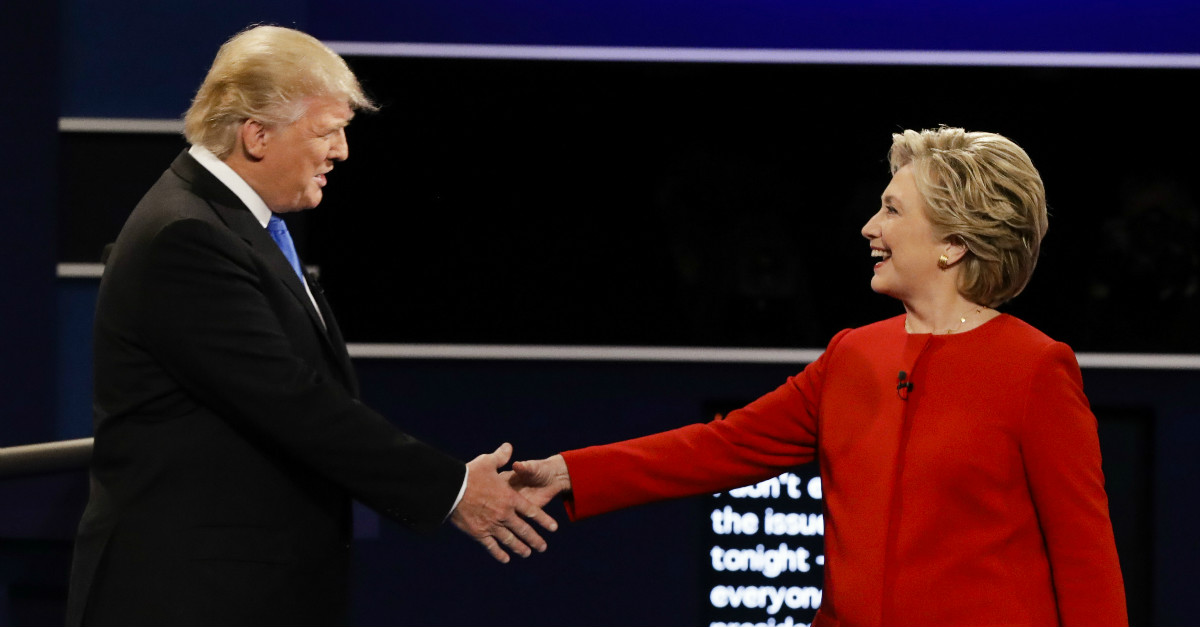 After months of railing against former Secretary of State Hillary Clinton for using a private email server while in office — a move that was prohibited by federal rules and risked the security of state secrets — supporters of President Trump have decided it’s probably fine for their guy to do the same thing.

Meanwhile, Clinton voters have apparently realized that private email servers for high-ranking government officials are a very dangerous thing that is totally unacceptable for American security.

RELATED: Donald Trump’s idea to pay for his border wall would stick Americans with the bill

This is such a blatantly partisan, shallow shift that I wish I were making it up.

But I’m not. Here’s the survey data from Public Policy Polling, via HotAir:

As you can see, three in four Clinton voters (76 percent) say Trump should not be allowed to have a private email server, while 42 percent of Trump voters — not a majority, but definitely a plurality — say he should be allowed to do it.

This is at issue, of course, because it turns out Trump is still using an unsecured Android phone even after taking office, and the @POTUS Twitter account is tied to a private Gmail address, not a secured government account. Here’s a breakdown via New York Magazine of the limits President Obama accepted on his phone when he took office and how it contrasts with the phone Trump is using:

When Obama described it to Jimmy Fallon, he noted a few drawbacks. The phone could not take pictures, presumably so the camera couldn’t be accessed remotely (and so that Obama wouldn’t be able to take pictures that might later be stolen).

The phone couldn’t send text messages (SMS messages are notoriously easy to intercept), only email, and couldn’t make regular phone calls, only VoIP (voice over internet protocol, like Skype). Presumably, this was so all of his communications could be routed through secure channels.

Trump’s phone, reportedly a Samsung which is several generations out of date, has none of these security measures. Add that to the private Gmail account tied to @POTUS and it’s not quite the same as a private email server — but it should be far, far too close to comfort for anyone who believed Clinton’s setup was grounds to “lock her up.”

“What you’re seeing in the [poll] numbers,” writes Allahpundit over at HotAir, “is a simple reflection of partisan trust or distrust in a particular official.” For most Clinton voters, it’s about mistrust of Trump. For many Trump supporters, this suggests, the email server controversy was never about the server itself but about whose server it was. (Surprise, surprise.)

What Trump’s election has made very clear is that “the right” in America increasingly has little to do with supporting a limited state. Now that they are firmly ensconced in the halls of power, the Republican Party is eagerly embracing big government once again. These poll results are just one more piece of evidence that a lot — though certainly not all — of the right wing more broadly is happily along for the ride.