Menu
Follow us
Search
Menu
Search
FILE - In this May 25, 2016 file photo, Republican presidential candidate Donald Trump waves toward the crowd after speaking at a rally at the Anaheim Convention Center, in Anaheim, Calif. Two California cities are gearing up for visits by Trump and the possibility of protests, following similar events around the country that led to violence and several arrests. The presumptive Republican presidential nominee is speaking Friday, May 27, 2016, in Fresno and San Diego ahead of California's June 7 primary election. (AP Photo/Jae C. Hong, File)

“Trump’s base turns on him,” blared the headline at Politico last week, in a story about how the most fervent supporters of the populist president are increasingly disappointed to see him bend to Washington’s will. From the marginalization of his chief strategist Steve Bannon to the bombing of Syria by a president who once blasted George W. Bush and Barack Obama for their foreign interventions, many pro-Trump conservatives and libertarians do not like what they are seeing in the new administration three months in.

When Trump won, my greatest hope was that he might withstand the enormous institutional pressure that would be put on him to maintain the status quo in Washington, and follow through on his promise to challenge establishment consensus on both domestic and foreign policy.

I hoped, but still had significant doubts precisely because Trump had no discernible ideological convictions, something President Obama also observed of his successor.

RELATED: The Syrian airstrikes have ramped up the neocon vs. libertarian foreign policy battle within the Republican Party

Being non-ideological can produce positive leadership. For example, a pragmatist, right or left, can see and try to fix the problems with ObamaCare or avoid another debacle like the Iraq War. One need not be an ideologue to correct or avoid obvious failures.

But pragmatism can also lead a person to more easily accept establishment groupthink, particularly if those whispering in your ear seem reasonable compared to “extremists” who seek to shake up the system — Trump has, bewilderingly, targeted the true reformers in his party, the House Freedom Caucus.

“The crux of their disillusionment, interviews with nearly two dozen Trump loyalists reveal, is a belief that Trump the candidate bears little resemblance to Trump the president,” Politico reports. “He’s failing, in their view, to deliver on his promise of a transformative ‘America First’ agenda driven by hard-edged populism.”

Right now it seems Steve Bannon—who was there precisely to hold Trump’s feet to the populist fire—appears to have been demoted in favor of the counsel of Ivanka Trump and Jared Kushner. Trump’s daughter and son-in-law’s opinions more likely resemble those of New York socialites they mingle with, which also, unsurprisingly, jives with the Washington elite as well.

Trump was perceived by voters as an anti-establishment candidate who would “drain the swamp” and turn the system on its head. But to actually drain it, there needs to be action beyond fist shaking.

I have little doubt that if Bernie Sanders—the most anti-establishment Democrat of 2016—had become president, his socialist worldview would guide his policies. I have no doubt that if my candidate in the presidential election had won, my former boss Sen. Rand Paul, his libertarian and constitutionalist worldview would constitute a philosophical base that would inform most of his decisions.

A President Sanders or Paul would have the same difficult time Trump does withstanding the institutional pressures and navigating a potentially hostile Congress, but they would also have a concrete ideological foundation on which to form and pursue a specific agenda. Trump’s populism always lacked specificity — What does “build the wall!” mean in reality? Beyond just the soundbite? — and really never seemed to be born of deep conviction.

Trump always seemed like he could go either way: Becoming the hard right authoritarian of progressives’ nightmares or a just middle of the road establishment guy who boasted big but ultimately just wants to enjoy the bragging rights of being president with as little hassle as possible.

But this should remind conservatives, libertarians, progressives and ideologues of any stripe that although being anti-establishment is a necessary component for political change, it is just a first step, never an end in itself.

You have to be able to back it up.

RELATED: Without the House Freedom Caucus, Trump’s Republican Party would be worthless

When Rep. Thomas Massie of Kentucky noticed during the election that people who had once voted for Ron Paul for president in 2008 and 2012 and Rand Paul for senator in 2010 had become Trump supporters, the libertarian Republican observed:

Massie is right, but now is the time to recognize that simply being the craziest SOB will never be enough. There are limits to anti-establishmentarianism as a guide and an end. It’s inadequate. 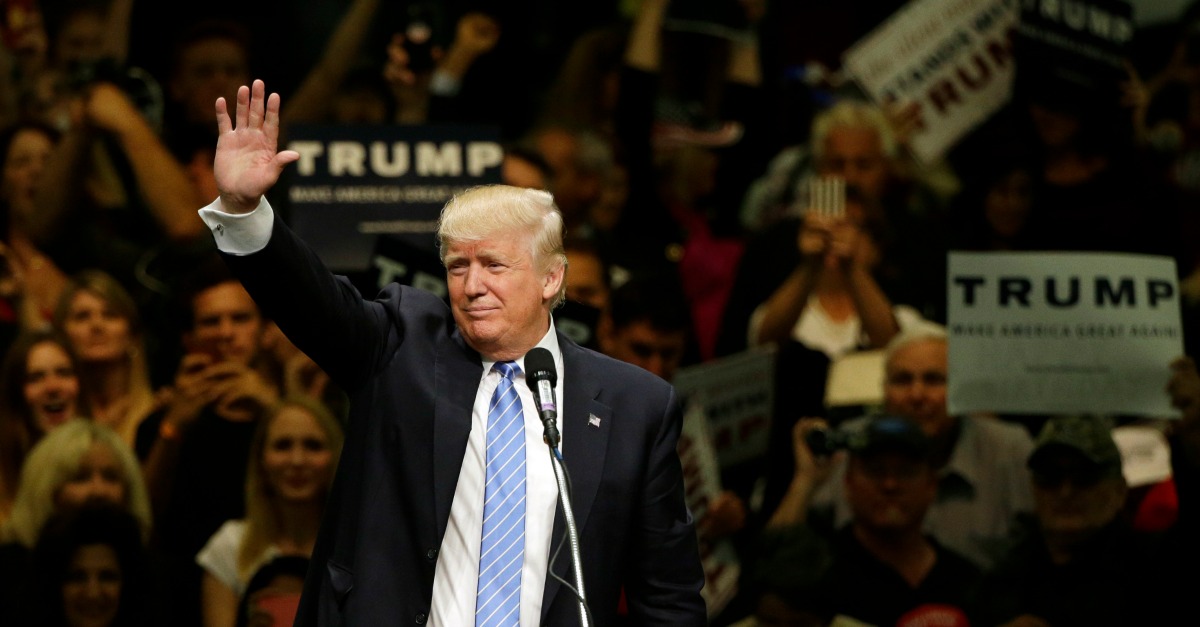